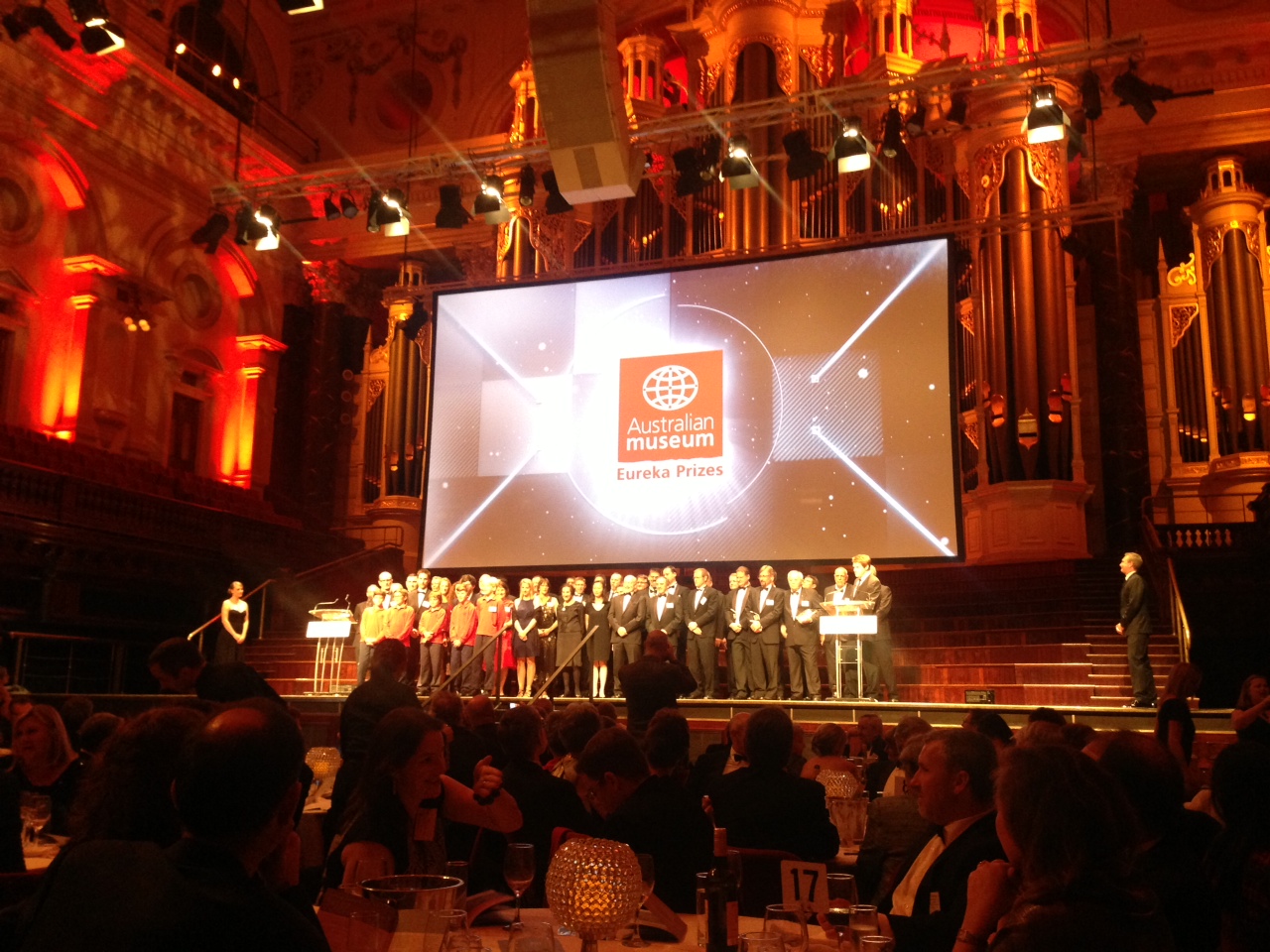 Congrats to all the winners of a Eureka Prize.

The Eureka Prizes are to science and technology what the Oscars are to movies… without the botox.

The prizes are presented by the Australian Museum and were held in Sydney last night. We were there for all the glitz (some), glamour (not nearly enough) and drama (we were hoping for some tears).

We are thrilled that two of our own project teams won a prize in their category.

For their work ground-breaking research into native perennial shrubs, the team won the Caring for our Country Landcare Eureka Prize for Sustainable Agriculture.

The team discovered that grazing native shrubs could improve profitability by up to 24 per cent in low-to-medium rainfall areas, as well as decrease greenhouse gas emissions and erosion. Good for sheep, good for the environment.

“This team has produced a practical recipe for helping to proof farms against climate change,” the Director of the Australian Museum, Frank Howarth said.

“From mixed native plantings in the Riverina to old man saltbush and mallee in arid Western Australia, it is already helping farmers increase the health of their livestock while also improving the condition of their land.”

The Enrich project is a collaboration between the CSIRO’s Dr Dean Revell, the University of Western Australia’s Associate Professor Phil Vercoe, the South Australian Research and Development Institute’s Dr Jason Emms, and land managers. Its ideas for sustainable grazing systems are already being adopted at multiple sites across four states.

For their work developing  a spring-mounted hand-held laser scanner, the team won the ANSTO Eureka Prize for Innovative Use of Technology. We’ve blogged about this awesome gadget a few times here and here. 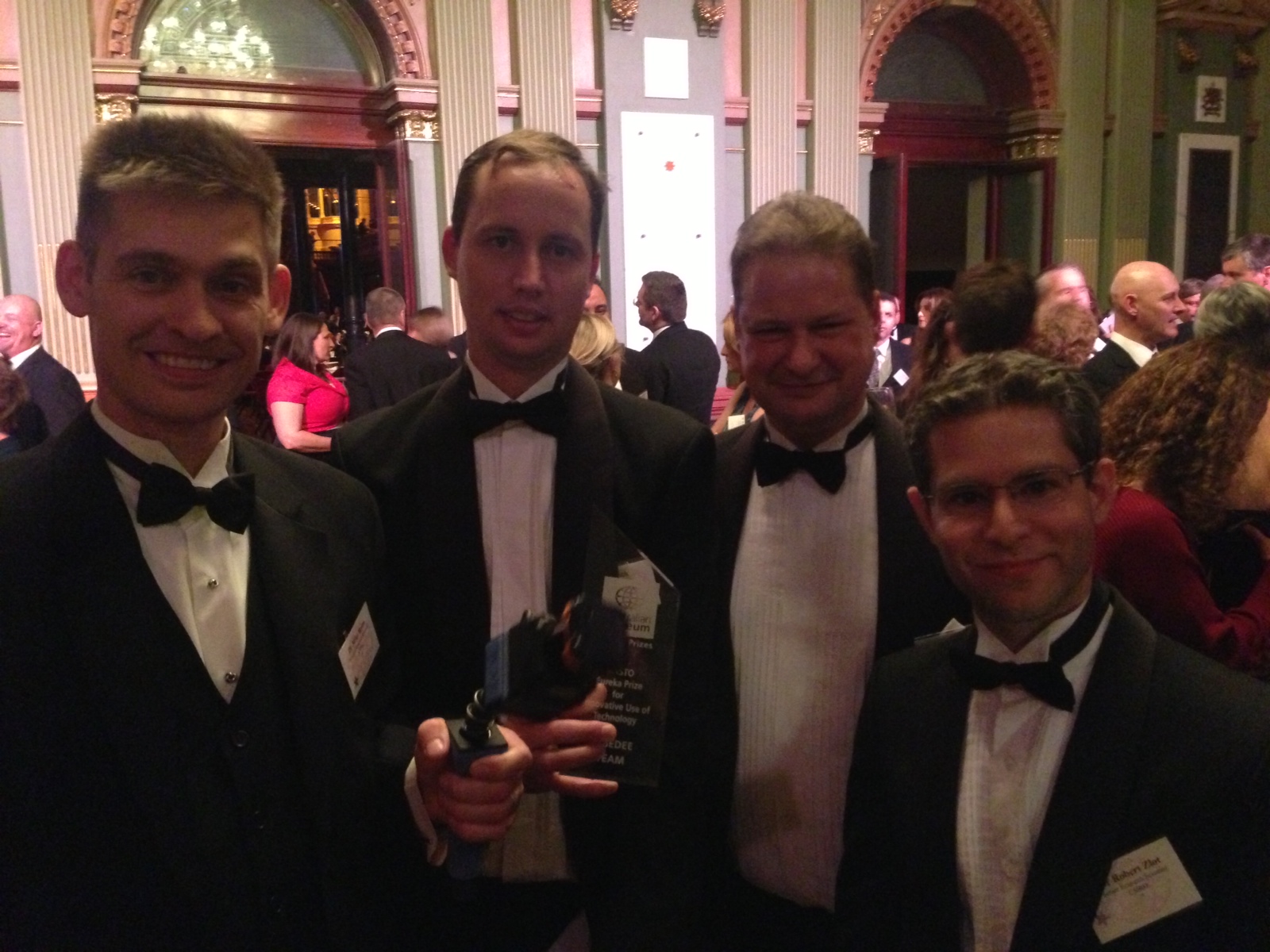 The brains behind our Zebedee innovation.

“Mobile mapping is a technology in great demand, but difficult to perform indoors,” the Director of the Australian Museum, Frank Howarth said. “The Zebedee Team’s unique solution is to take those challenges and turn them into opportunities.”

“Their quick and easy scanning is a revolution for bio-physical measurement of cultural heritage sites and tracking of environmental changes—no other technology comes close,” he said.

The Zebedee Team—which includes Dr Mike Bosse, Dr Eliott Duff, Dr Robert Zlot, Paul Flick, Dr Peter Kambouris and Dr Gautam Tendulkar—used a simple spring to take advantage of vibrations that would otherwise distort mapping data. The bouncing spring gives their baton-mounted scanner a greater field of view and allows it to create a 3D map of an entire building in less than an hour.

The system has already been used to map: the Jenolan and Koonalda cave systems; Questacon, the Australian War Memorial, and the World Forum in The Hague; Fort Lytton, Peel Island and a WW1 tank; crime scenes, mines, factories, forests and more.

And a final congratulations to University of Melbourne’s Professor Frank Caruso, an international nanotechnology expert, for winning the CSIRO Eureka Prize for Leadership in Science.

Professor Caruso has been developing nanotechnology-enabled material for biomedical applications. More on his work here.

Previous post:
What a weekend! ATCA turns 25
Coming up next:
The votes are in: Seeing Stars SKA art prize