What a weekend! ATCA turns 25

What a weekend! ATCA turns 25 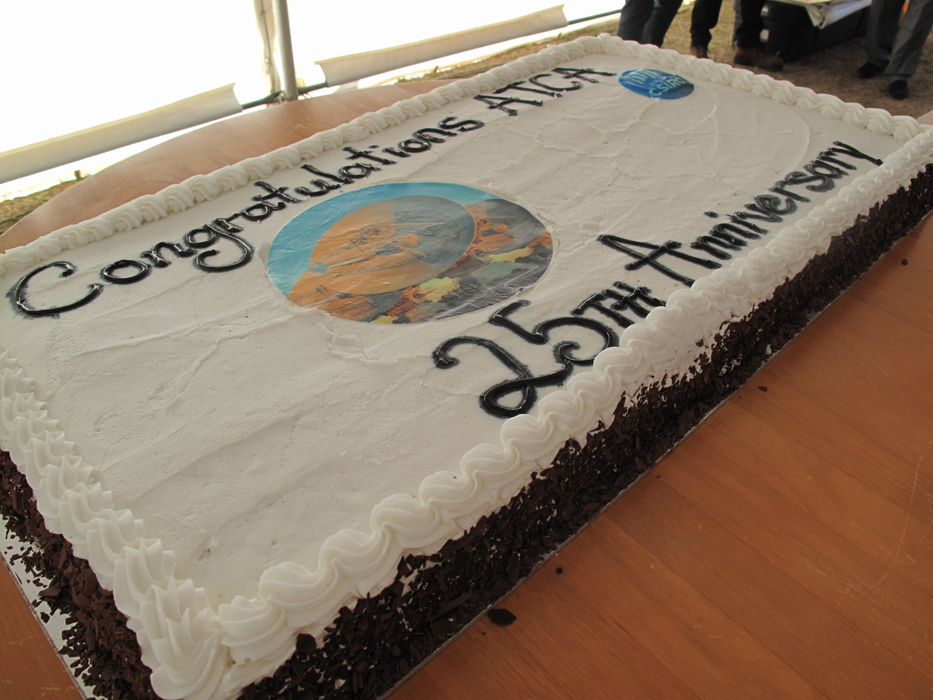 Cake with 'Congratulations ATCA 25th Anniversary' written in the icing.

Even telescopes get cake for their birthday.

If a picture is worth 1000 words, then today’s photo gallery will certainly tell a tale of our weekend in Narrabri, celebrating with visitors and staff the 25th anniversary of our Australia Telescope Compact Array (better known as ATCA).

Over 800 visitors joined us for our Public Open Day, with a host of activities on offer including guided antenna tours, talking to astronomers, solar telescope viewings, talks and presentations and more. 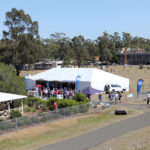 The clouds cleared and a bright sunny day welcomed visitors to the Paul Wild Observatory. 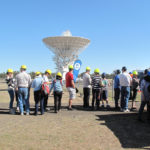 The crowd waits patiently for the antenna tours. 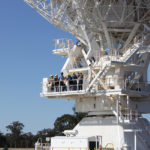 Over 500 people were given a behind-the-scenes view of the the Compact Array antennas. 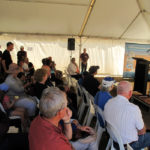 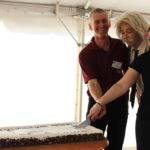 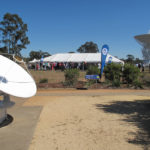 But it wasn’t just antenna tours – plenty of activities kept the crowds busy. 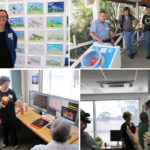 Other activities included a colouring competition for local schools, displays in the Visitors Centre, and tours of the Control Room. 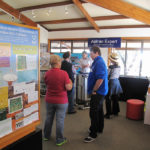 The Visitors Centre was a hive of activity on the Open Day, but it’s also open for the general public every day of the year. 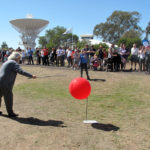 Einstein kept the crowds entertained while they were waiting for an antenna tour. 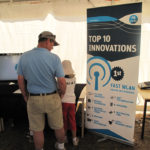 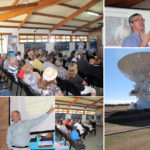 Public talks were also a highlight for many – each hour astronomy talks were held. 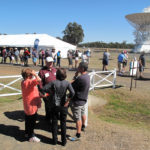 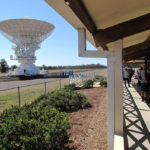 …with antenna tours running throughout the day. 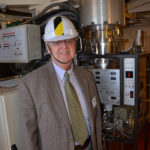 This was followed by a special celebratory evening event, held for staff and ex-staff and those with a special connection to the ATCA over the years. A science symposium is also being held this week, recognising twenty-five years of ATCA engineering and scientific achievement. Wheww – what a busy birthday!! 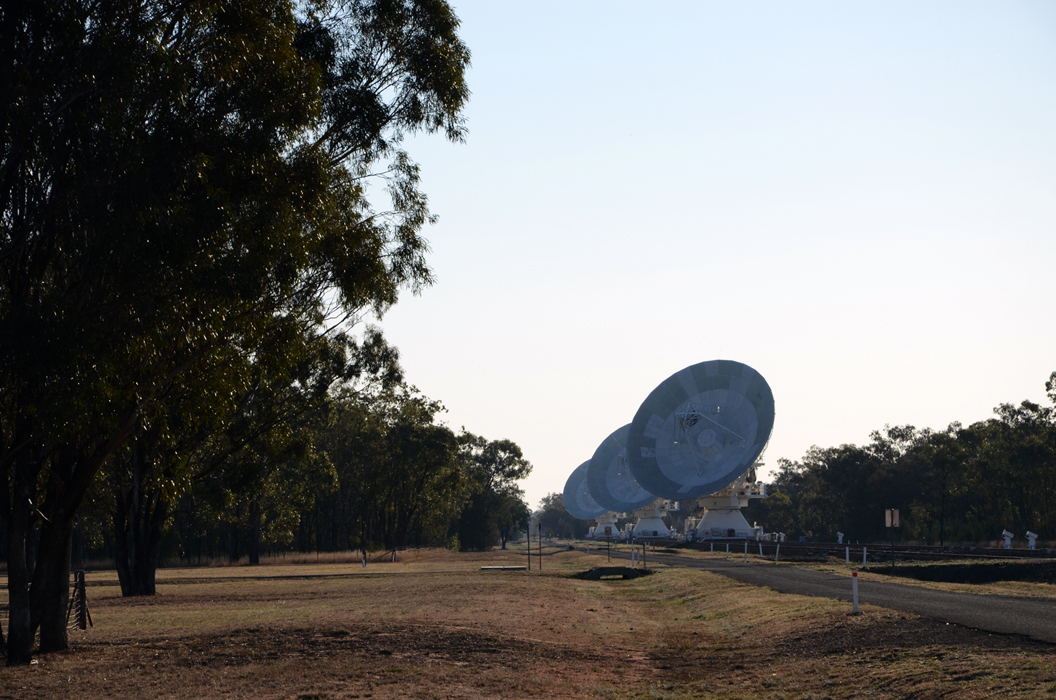 As the final visitors left and clean-up began, it was back to work as usual for the antennas of the ATCA.

Thanks to everyone who was able to visit our site and join with us in the celebrations.

Special thanks also to the CSIRO volunteers who made the weekend so special.

Previous post:
A pen that fits like a glove
Coming up next:
Eureka! We’ve done it again.