The votes are in: Seeing Stars SKA art prize

The votes are in: Seeing Stars SKA art prize 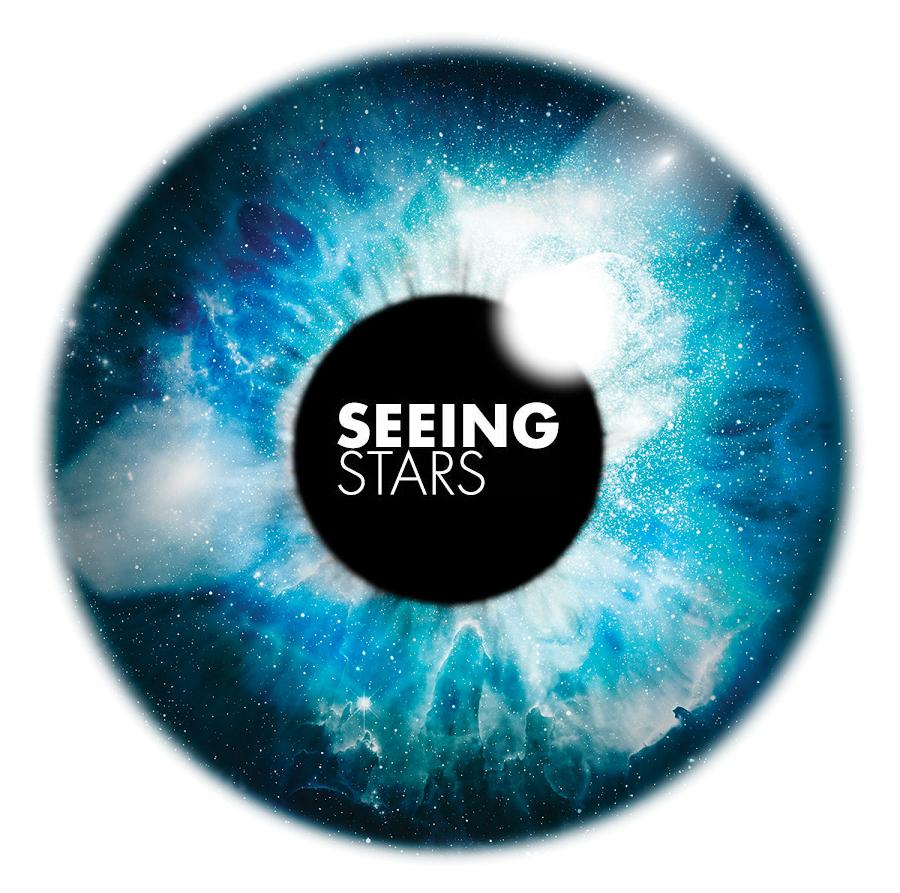 The poet E.F. Weisslitz once said “Art is Science in Love”, and on this blog we’ve seen the various ways creativity can be inspired by science.

In August, an awards night was held for the winners of the Seeing Stars SKA Art Prize, a contest that attracted over 2300 entries; here you’ll find a selection of the winning artworks and a recap of the awards night.

Thank-you to the team from the Australian SKA Office for contributing today’s post.

Seeing Stars was a celebration of art and astronomy inspired by the world’s largest telescope – the Square Kilometre Array (SKA) which will be co-hosted here in Australia.

Artists and would-be artists were invited to create original pieces of artwork expressing the excitement and mystery of the SKA and its potential for discovery.  Over 2,300 entries met this challenge, with submissions from all ages throughout Australia and a wide variety of artwork mediums.

A panorama of the ‘Seeing Stars’ exhibition, shortly before it opened. Credit: Brian Boyle (on Twitter)

The competition was judged in two age categories – the 12 Under category and the Open category.  The judging panel selected 150 finalists for exhibition throughout this year’s National Science Week.

On Tuesday 13 August, the SKA Art Prize 2013 came to life with the opening of the Seeing Stars exhibition at the Yarra Gallery in Melbourne.  The opening night was hosted by Professor Brian Boyle (SKA Project Director) and the awards ceremony was presented by the Australian Chief Scientist, Professor Ian Chubb AC.

First Prize in the Open category was awarded to David Yuan for his piece, ‘Gravity’ – a detailed work in pen and ink showing Newton and Einstein together under the legendarily inspirational apple tree, and featuring the Square Kilometre Array itself in the background.

Runner-up in the Open category was awarded to Gemma Merritt with her complex dot painting in blue, ‘Orion’s Belt’, which shows the three bright stars of Orion’s Belt and a multitude of smaller stars in the background. 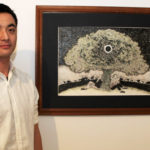 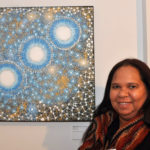 The 12 & Under category was hotly contested, with hundreds of students from all over Australia sending in artworks.

A selection of entries from the 12 & Under category of the Seeing Stars exhibition.

First Prize in the 12 & Under category went to Grace Gay for her piece, Life of the Cosmos – a lino print representing a personal view of the universe. Runner-up was Julie Zhao with her painting, Alien’s Eye View – featuring an alien using a telescope to view most of the research areas of the SKA, while also including the SKA itself.

Congratulations to all those who entered Seeing Stars and to all eventual winners in the competition!

For more Finalists and Results head to the Australian SKA Office website.

Previous post:
Eureka! We’ve done it again.
Coming up next:
A Day Is Longer Than A Year: Art and CSIRO Astronomy and Space Science