We need to talk about the two children responsible for some of our climate catastrophes: El Niño and La Niña. 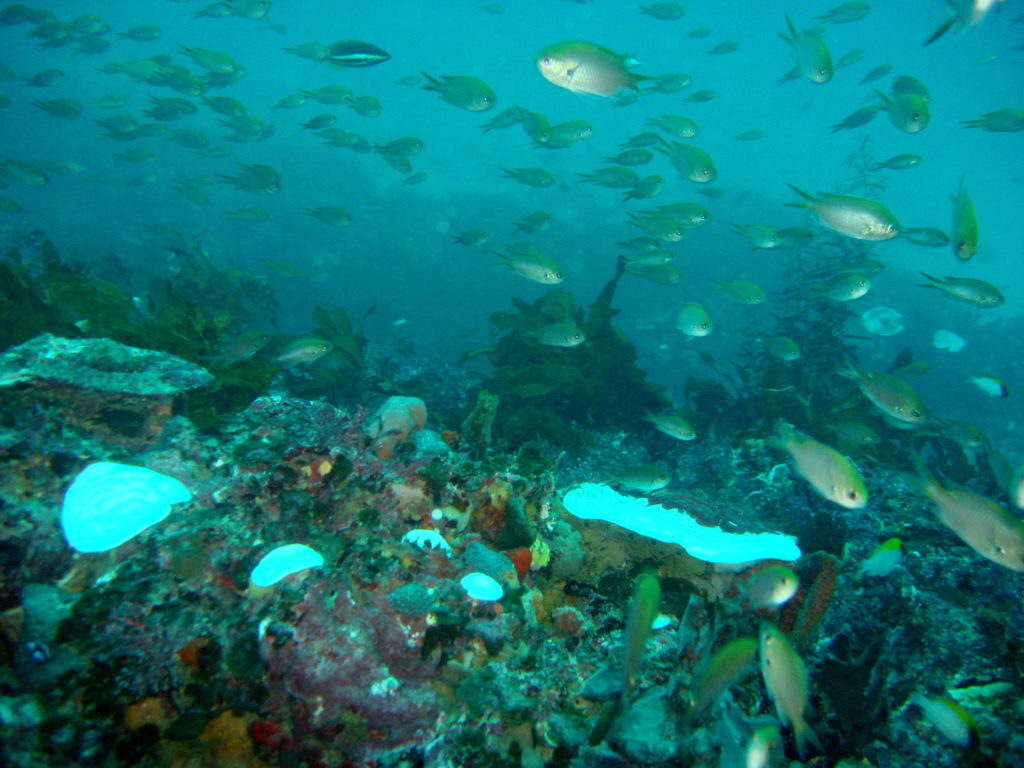 This is Bleached coral at Rottnest Island off Western Australia during the 2011 heatwave, when sea surface temperatures were around 4Â°C higher than average. Who was responsible? You guessed it, this was at the end of a La NiÃ±a phase. (Source: Damian Thomson, CSIRO)

This is Bleached coral at Rottnest Island off Western Australia during the 2011 heatwave, when sea surface temperatures were around 4°C higher than average. Who was responsible? You guessed it, this was at the end of a La Niña phase. Image: Damian Thomson, CSIRO

It would be pretty remarkable if you weren’t somehow affected by the Queensland floods in 2011, the Great Ocean Road Christmas bushfires in 2015, or even the heatwaves leading up to Black Saturday in 2009 that killed 173 people in Victoria.

But have you ever taken a step back to think about what’s really going on with the weather in times like this? We don’t have bushfires and floods all the time, so something was obviously happening to cause such a drastic change in weather.

You’d be correct in saying that something more was at play here. In fact, it’s called ENSO – the El Niño- Southern Oscillation – the changing surface ocean temperature patterns in the Pacific Ocean. When the central and eastern equatorial Pacific is warmer than normal, it is called El Niño, “the little boy” in Spanish; conversely, when it is cooler than normal, it is called La Niña, or “the little girl.”

These two children are responsible for changes in our weather patterns every two to seven years. They make tweaks in the Pacific Ocean temperatures, wind and clouds that have enormous effects on the rest of us.

La Niña: the little girl that brings floods and cyclones to Australia

What does this do? Does it make the weather windier in Australia because of this? No, not quite. The wind glides above the ocean and takes some of the surface water with it, on a journey to Australia. Being on top of the ocean, this surface water is warm, because it’s been heated by the sun. That means that we start to see warmer than usual waters in our oceans around Australia and Indonesia.

That sounds pretty good to the everyday Australian, warmer waters on the beach wouldn’t go astray. But Niña is playing more tricks on us than that. Warmer waters bring more evaporation, which leads to more condensation, which leads to (you guessed it), more clouds and rain. And just like that, you can thank Niña for floods and more tropical cyclones during this part of the ENSO cycle. 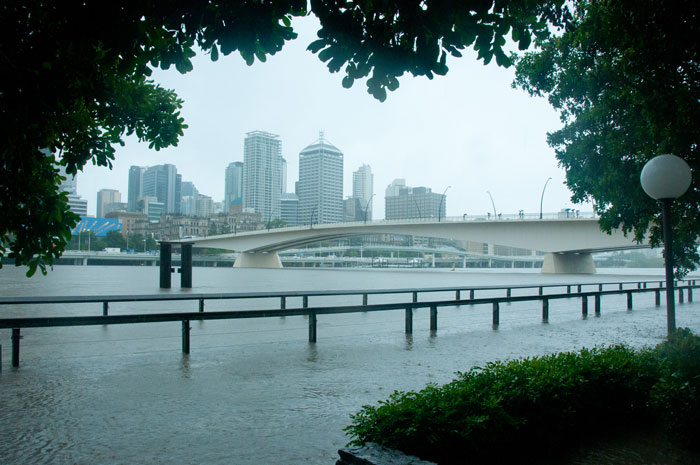 When floods occur, is it always La Nina to blame? Nope. The tricky part is that no two El NiÃ±o or La NiÃ±a events are exactly the same.

When floods occur, is it always La Nina to blame? Nope. The tricky part is that no two El Niño or La Niña events are exactly the same. Image: Glen Walker

El Niño: the little boy who brings bushfires and heatwaves to Australia

What about when Niño visits? He’s the opposite. Niño arrives when the winds from the Americas weaken from east to west which means warm water begins to gather in the Americas and doesn’t make it to Australia. Warm surface water that is normally being pushed across to the west (Australia’s east coast), is now staying in the east side of the Pacific Ocean. Suddenly the Americas have warm water, and Australia and Indonesia are both left with cold water in the surrounding oceans. What happens when cool water surrounds Australia and Indonesia?

Cooler water around Australia and Indonesia, means there is less evaporation, less condensation and less rain. This means an increased risk of droughts, heatwaves and bushfires in north eastern Australia. What about North and South America? El Niño causes the opposite – floods and more cloudy days.

Niño has been responsible for the weakest and least active tropical cyclone season on record, prolonged heatwaves across Australia during autumn 2016, and the worst coral bleaching even on record for the Great Barrier Reef.

You may have also heard of Ash Wednesday in 1983? That occurred during El Niño too.

No two El Niño or La Niña events are exactly the same, and these climatic changes (i.e. drought, or floods) may sometimes even happen without El Niño and La Niña.

Did a flood recently happen near you? Does that mean that La Niña just hit? No. Sometimes these events just happen on their own in the neutral phase, without a La Niña or El Niño phase occurring. Take Black Saturday in 2009 for example; this happened at the end of a La Niña phase.

A better way to measure whether you’re in an El Niño or La Niña phase is to go onto the Bureau of Meteorology (BOM) and check out their ENSO alerts every two weeks.

By understanding ENSO, you can better understand the climate in Australia, and different trends that are happening around the world.

Believe it or not, we’ve only scratched the surface of ocean science. If you want to know more, we’ve recently written a book about oceans and some solutions for Australia too.

It just so happens that we've written an entire book on oceans.

Previous post:
Why don’t our cities cope with heavy rain?
Coming up next:
Good karma for water saving chameleon