How many calories were in your last meal? Do you know how many litres of water were required to grow it? We've got the answer and it's not very sustainable. We're working to reduce water waste in agriculture. 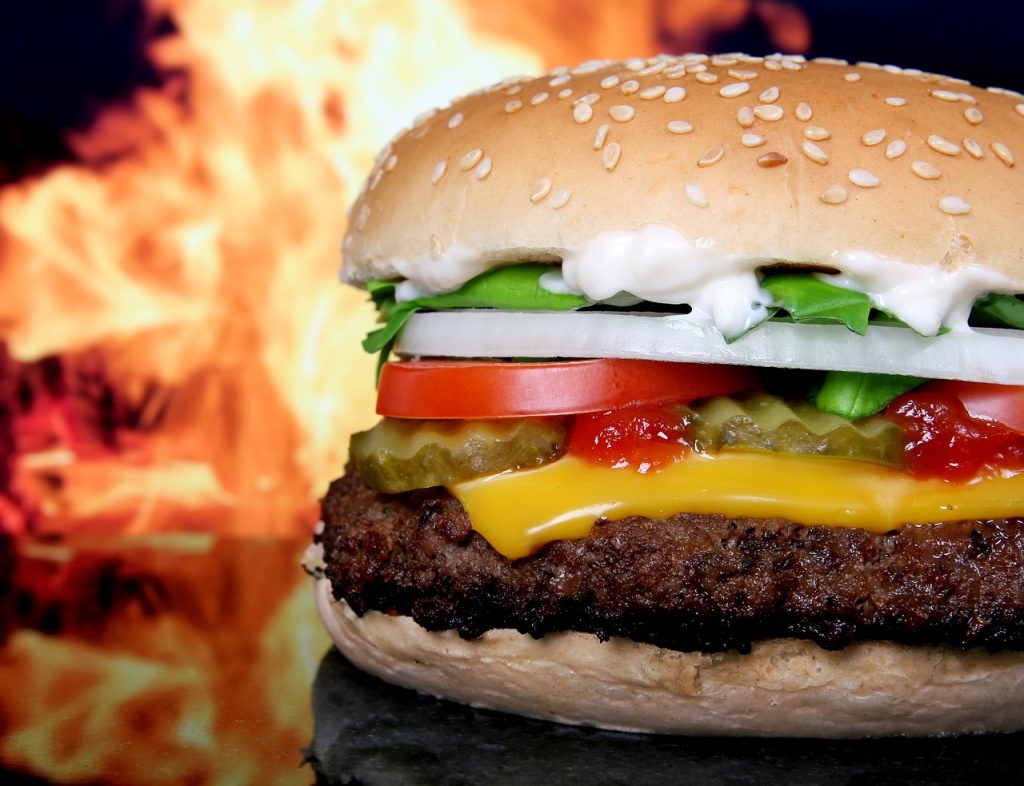 A standard burger has around 500 calories. That means around 500 litres of water was used to create A SINGLE BURGER.

There’s nothing quite like a Sunday morning Macca’s run. Scoffing down around 900 calories of pure shame, regret and insistence that you’re never drinking again (until next weekend). In that moment you are probably thinking a lot of things, but we bet one of them isn’t that your shame breakfast required around 900 litres of water to be produced. That’s right, to grow a single calorie of food requires about one litre of water. Think about how much you eat in a day (even a day when you aren’t eating McDonald’s). Imagine how much water is required to grow the food you eat in a year. Times that by your lifetime, and then by the 7 billion people on Earth. Yeah, it’s a pretty staggering concept.

Most of us are quite lucky, we don’t have to think about how much water was required to make our food. Our biggest concern is what the taxi driver will think of us when we ask them to go through the drive-thru and order four bacon and egg McMuffins. Not everyone is as fortunate as us. Many people have to grow their own food to survive or rely on crops to make a living. Those people think very long and hard about how much water their food requires. And despite years of experience farming, the only way of knowing if their crops are getting enough, or too much, water is to wait until the plant shows physical signs of stress. By then the damage is done and they will have a lower, or no yield. For some, this can literally mean the difference between life and death. 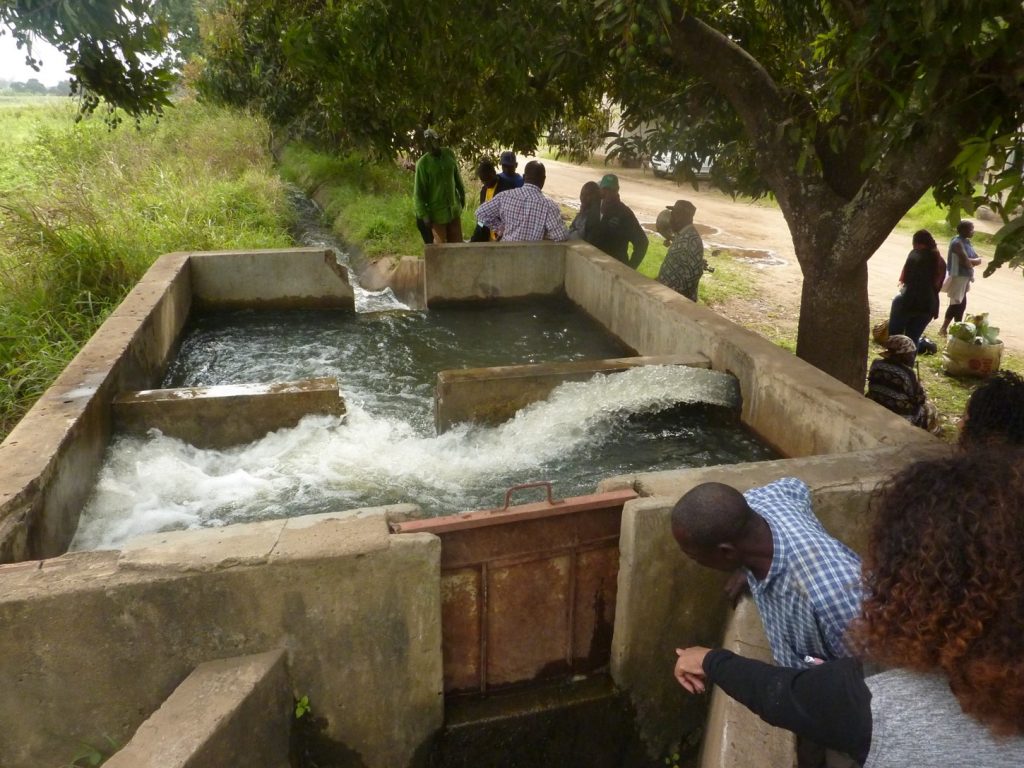 Dr Michael Robertson isn’t a farmer, but he also spends a lot of time thinking about how much water crops need. He’s part of our team of agriculture scientists focussing on how information and communication technology can help farmers. They have invented a digital device called the Chameleon. The Chameleon is reasonably simple – it measures how moist the soil is under the crops. Just like the famous multi-coloured reptile, the lights on the display change colour depending on how wet the soil is: blue for wet, green for moist and red for dry. All the farmer needs to do is simply connect the reader to the sensor in the soil and get a reading for various depths in the profile. And the best part? Chameleon only costs a few dollars (AU) to manufacture, making it a truly viable solution for poor farming communities around the world. 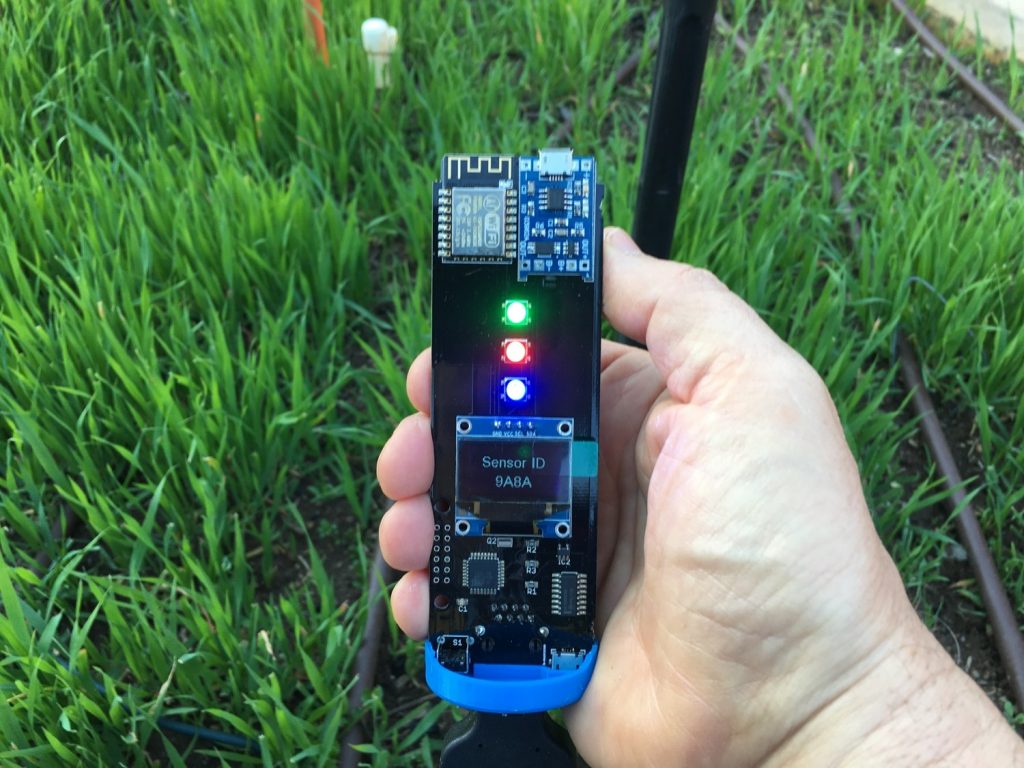 The coloured indicators on Chameleon shows how wet the soil is

Blue for wet, green for moist and red for dry

This simple device is already having a huge positive impact in the farming communities where it has been tested. And as if creating Chameleon wasn’t enough, the team have also invented a device that tests fertiliser in the soil: FullStop. It works by collecting moisture from the soil and indicating how much fertiliser is there with colour-changing paper strips. So if a farmer uses both Chameleon and FullStop, they know exactly what’s going on underground.

So, when you’re sitting down to your next meal, work out how many litres of water it took to grow the food you are eating. One litre per calorie. Think about the power that a simple digital technology like the Chameleon has to change the lives of farmers.

How does your diet impact the environment?

Previous post:
El Niño and La Niña – por que no los dos?! (Actually, that would be very bad)
Coming up next:
Eddy currents: enter the whirlpool