Detecting malaria’s bad air: a breath test with a twist

Detecting malaria’s bad air: a breath test with a twist

Did you know the name malaria originally came from the Italian words for 'bad air'? It was thought the disease was caught from the foul smell around swamps and marshes. Of course, we now know it’s transmitted by mosquitoes - but a new test we've developed is diagnosing bad air on the breath of malaria-infected patients. 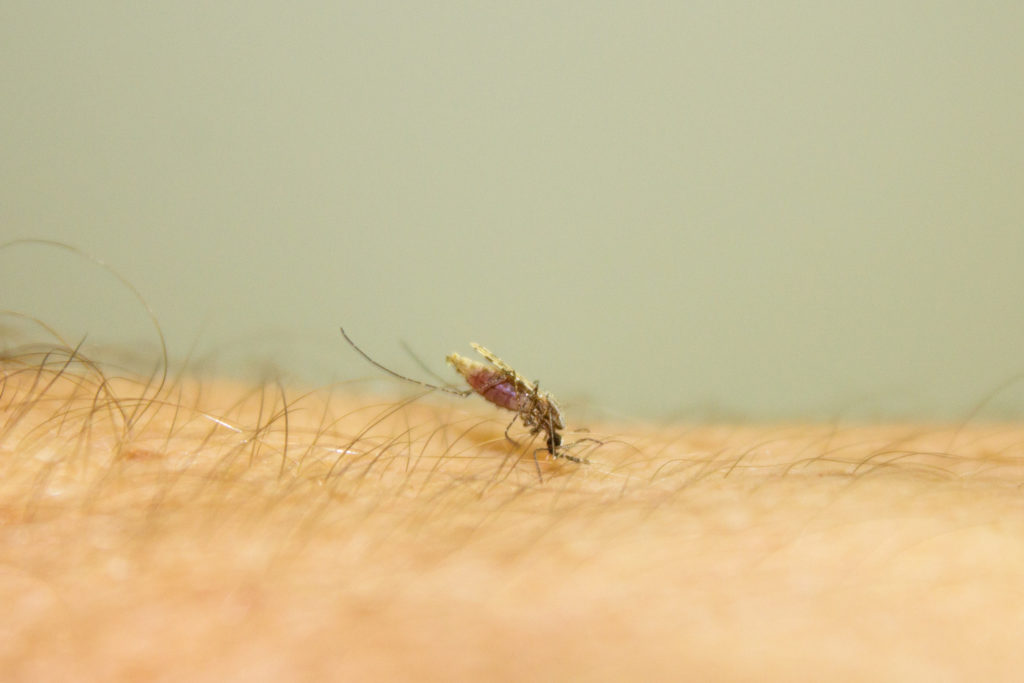 Try looking at this image and not feeling an itch.

What’s the most deadly creature in the world? The lion? The shark? In fact, it’s a bit of a trick question (do humans count?)… but there is a fair argument that the humble mozzie is the world’s top killer.

Many species of mosquito carry deadly diseases such as malaria, yellow fever and west nile virus. Malaria in particular places a huge health and economic burden on developing countries. According to the World Health Organisation, almost 200 million people caught malaria and more than half a million of them died from it in 2013 alone.

Thankfully, Australian scientists have made a significant discovery that could lead to the development of new tests for diagnosing malaria – potentially saving millions of lives. By identifying distinctive chemicals in our breath, researchers have been able to detect whether someone is infected with the disease.

A team of our scientists joined with QIMR Berghofer Medical Research Institute and the Australian National University to look at the breath of volunteers who had been given a controlled malaria infection, as part of existing studies to develop new malaria treatments.

The research found that the levels of some normally almost undetectable chemicals increased markedly in their breath during the infection.

Stephen Trowell leads our research on the work. He is particularly excited because the new testing method allows us to diagnose malaria much earlier than with other tests.

“The increase in these chemicals were present at very early stages of infection, when many other methods would have been unable to detect the parasite in the body of people infected with malaria.”

“Overall, our breath could prove to be a much better alternative to blood tests for diagnosing the disease.”

The research, published today in the Journal of Infectious Diseases, was undertaken in two independent studies where experimental drug treatments were being tested in volunteers who had been given a very small dose of infection. Using a sophisticated analytical instrument, Stephen and the researchers identified four sulphur-containing compounds whose levels varied during the course of the malaria infection.

These sulphur-containing chemicals have not previously been associated with any disease and their concentrations changed in a consistent pattern over the course of the malaria infection, correlating with the severity of the infection. They effectively disappeared after the patients were cured.

Currently, diagnosing malaria involves using powerful microscopes to look for parasites in blood using a method discovered in 1880. As the world starts to work towards the elimination of malaria, there is an urgent need for more sensitive and convenient tests to detect early and hidden cases.

The team are now collaborating in regions where malaria is endemic to test for the chemicals in the breath of patients with the disease. They are also developing very specific, sensitive and cheap “biosensors” that could be used in the clinic and the field to breath test for malaria.

We’ve worked on developing a range of similar bioproducts – you can read more about them here.

Previous post:
What’s Investigator been up to?
Coming up next:
Why Aussie farmers should start sowing earlier than Anzac Day