Dead battery? Charge it with your clothes

Dead battery? Charge it with your clothes 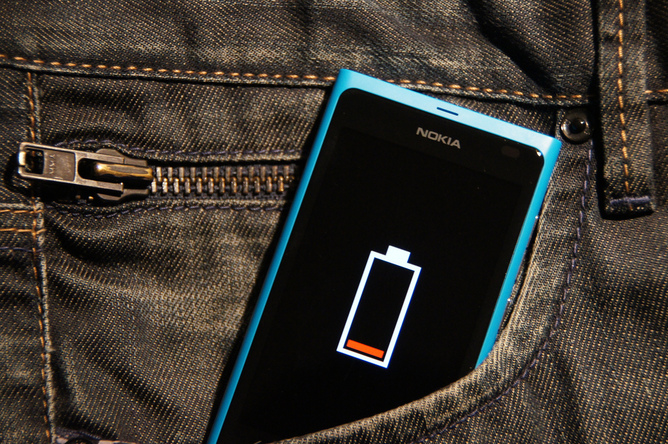 If only your jeans could recharge your phone. Image: Flickr / Martin Abegglen

What if you could leave home, safe in the knowledge that your phone would not run out of battery before you return? The latest innovations in battery design could see dead batteries become a thing of the past — by producing and storing energy on ourselves.

Here’s five of the latest most portable developments; from wearable, stretchable batteries to energy-harvesting textiles which may one day actually replace batteries by generating energy as they go.

People are an an untapped source of energy that could go towards powering our devices.

To tap this energy source, researchers and innovators have had to develop materials that can are activated by environmental conditions — heat, chemicals, movement, and electricity.

Scientists at Berkeley Labs have developed textiles woven with piezoelectric wires. Piezoelectric power is generated when mechanical stress creates an electrical charge. This stress can arise through stretching or twisting the textile. A tiny stamp-sized generator in clothing relies on the piezoelectric property to produce electrical charge when pressed, and (for example) can be integrated into the soles of shoes to allow users to power mobile electronics as they walk.

Australia’s own CSIRO is also trialling smaller scale energy harvesting devices that could one day be accessible to everyday consumers. The Flexible Integrated Energy Device, allows electricity to be generated from an individual’s physical movements. Jogging or dancing, for example, could charge a mobile phone or iPod.

The CSIRO device is comprised of two components: a battery based on advanced, conductive fabric; and an energy harvesting system which responds to movement. As the wearer of the garment moves, the movement of their clothes can be captured and channelled into recharging the battery where it can be stored. The advanced fabric is woven from special conductive fibres made by coating conductive metal layers onto textiles, such as wool or cotton. 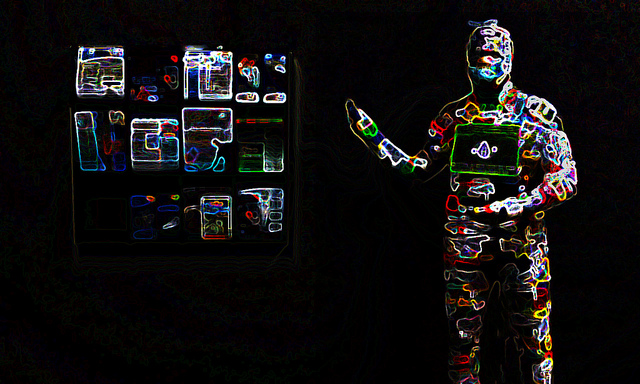 How much tech could one person wear? Image: Flickr / Keoni Cabral

At the Korea Advanced Institute of Science and Technology researchers have developed a wearable device that can convert heat into an electrical current to charge a battery. The device is made from glass fibres and is flexible, thin and lightweight as well as relatively efficient at generating power.

A similar project at the University of Southampton is finding ways to print conductive film onto fabric using rapid ink jet and screen printing processes. The film converts movement and heat made by our bodies into electricity which can be used to power personal devices.

You may have noticed a problem: batteries aren’t flexible. So scientists have had to come up with batteries that flex and move.

In the US, Northwestern University and the University of Illinois created a battery which can be stretched to three times its normal size to make them softer and more comfortable.

These new batteries — new ways to power small, portable devices — have immediate applications in the military. They can help reduce the amount of batteries soldiers carry for computers, phones and other electronic devices. Indeed these military applications are a big driver for academic research into new solutions.

In a market which is coming to rely more and more heavily on electronic devices, there is a demand for more sustainable energy use and decreasing the amount of time spent plugging in and charging up.

At the moment though, these new technologies are too costly for everyday users. The next step in mainstreaming this technology will thus depend on finding ways to make wearable energy storage and harvesting more cost effective, straightforward and attractive products.

Researchers have a way to go before they find exactly the right material and product that can bend to and endure our everyday lives, wash it off, and look like something we would want to carry around, and it may be that commercial research partnerships facilitate this development. But given the number of groups, companies and individuals with an interest in solving the problem, it is probably only a matter of time.