The Phasmid, or the Lord Howe Island Stick Insect, is slowly crawling back from total extinction. Find out more about the Phasmids story of survival and the new children's book immortalising its return from the brink of annihilation. 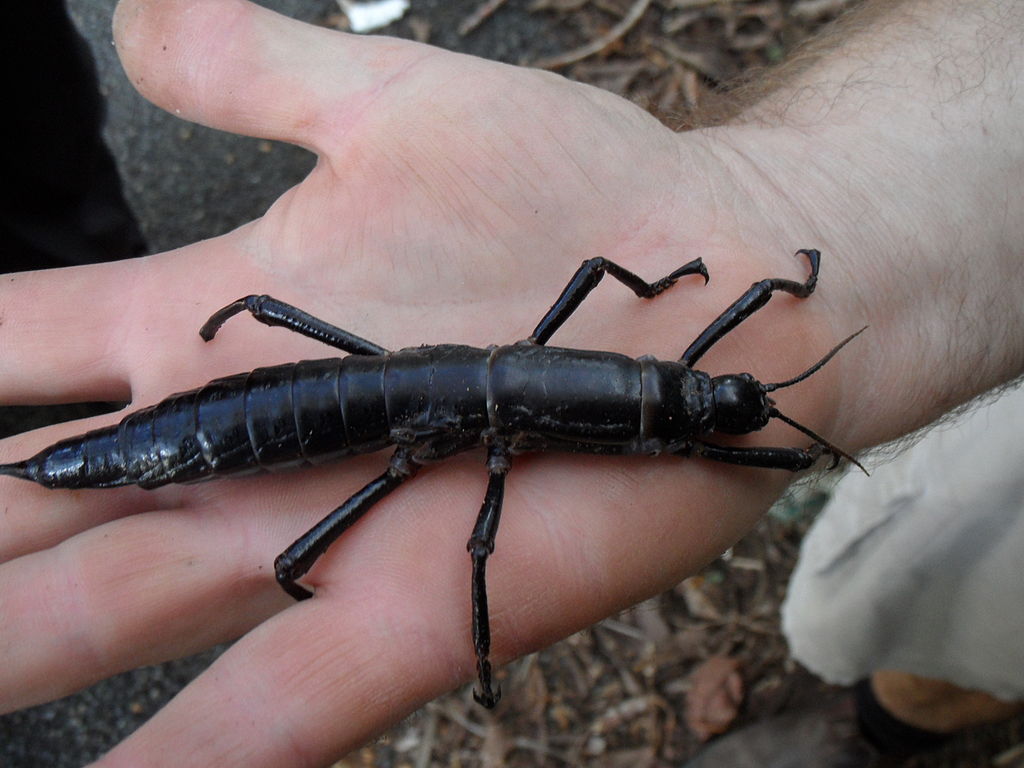 Quite a survivor, the Phasmid has returned from the brink of extinction to star in its own children’s book. Image: Wiki/Granitethighs CC BY-SA 3.0

When you think of extinct animals, what comes to mind? The Javan Tiger? The Dodo? The thylacine (Tasmanian tiger)? Sadly, there are too many creatures disappearing from our planet. This is why the story of Phasmid, or the Lord Howe Island Stick Insect, is so special – and why it’s being told in a new children’s book.

Believed extinct for nearly 80 years, due to the introduction of Black Rats, the Phasmid was rediscovered in 2001 on Ball’s Pyramid – a rocky volcanic out-crop, 23 kilometres off the coast of Lord Howe Island. And thanks to Melbourne Zoo’s recovery breeding program, this wingless nocturnal creature is slowly crawling back from total extinction.

The re-emergence of this plucky insect was cause for celebration and made headlines around the world. The tale of survival was so impressive that two of the world’s foremost naturalists, Dr Jane Goodall DBE and Sir David Attenborough, visited Melbourne Zoo to see the Phasmids for themselves.

Today, on the anniversary of the first-ever hatching of a Phasmid nymph at the Zoo, a new illustrated children’s book has immortalised the incredible tale of the Phasmid’s survival.

The book, titled Phasmid: Saving the Lord Howe Island Stick Insect, was written by Melbourne Zoo Invertebrate Keeper Rohan Cleave, and illustrated by renowned artist Coral Tulloch. The book reveals the life cycle of the world’s most critically endangered invertebrate, from beginning life as an egg, to hatching into a diurnal nymph and growing into a nocturnal adult.

The author of the book continues his work with the Lord Howe Island Stick Insect at the Melbourne Zoo, and so far the results have been promising. In fact, in the last 12 months over 1,300 phasmids have been bred in captivity; no small feat considering, at one stage, there were only 20 or 30 left in the wild.

To find out more about the courageous struggle for existence of the Phasmid, do yourself a favour and take a look at the sumptuously illustrated children’s book, Phasmid: Saving the Lord Howe Island Stick Insect.

Previous post:
Eely good video from on board RV Investigator!
Coming up next:
Data, data everywhere so let’s have a think