All evidence suggests that the tag had been eaten by another white shark. 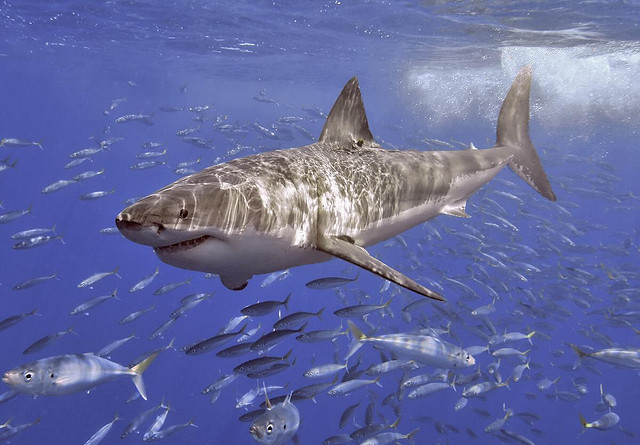 The white shark grin. She definitely knows something we don’t. Image: Flickr / Pterantula

Sometimes the internet goes a little crazy with quirky, fantastical, scary stories. Take for example the recent hoax, ‘huge sting ray attacks man’, which turned out to be a great video of a man diving around the shadow of a kite.

So, what can we make of the mysterious discovery of a CSIRO shark tag washed up on a beach that had some fairly typical data recorded on it? Some are incorrectly interpreting the data and speculating that this is evidence of the existence of a megalodon, an ancient extinct species of shark that lived millions of year ago. The megalodon was huge, around 15-24 metres in length… eek. White sharks grow up to 6 m in length.

People want to know the truth about the shark-eating-shark, so here it is. 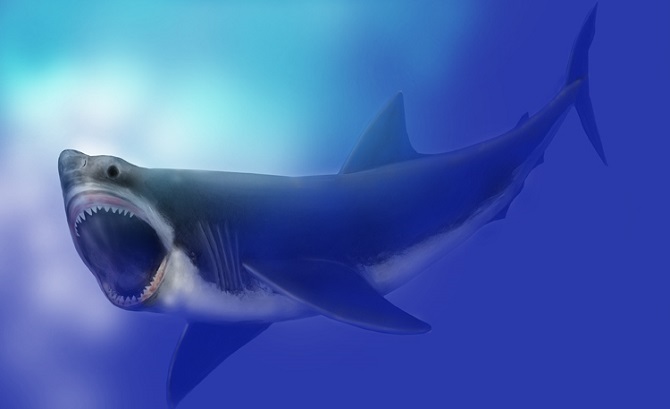 An artist rendering of a megalodon.

In late 2003 we tagged a white shark approximately 3m in length off south-west Western Australia with a tag that collects data on swim depth, water temperature and light levels. The tag records data at regular intervals against a date/time stamp. The tag was programmed to release from the shark on a pre-programmed date, float to the surface and transmit the data collected back to us via satellite. These ‘archival’ tags are commercially produced and are in common use by researchers around the world.

The tag surfaced approximately two weeks earlier than programmed, in early 2004. This is not unusual. It washed ashore near Esperance, WA and was returned to us.

When we looked at its data there was a period of approximately three weeks just before the tag surfaced where the temperature recorded was higher than the surrounding sea, but where the tag continued to ‘dive’ in a pattern consistent with a white shark. During this time, the tag failed to record light. Data before and after suggest the tag was functioning normally. The temperature recorded for these three weeks was consistent with that of the core body temperature of a white shark but too low for something like a killer whale.

At one point the tagged shark dived to a depth of 570 m – this is not unusual for white sharks – it is normal behaviour. This dive took place about one week prior to the tag recording the higher temperatures (not immediately before as some have reported) and the two events are not related.

All evidence suggests that the tag had been eaten by another white shark.

We have seen white sharks biting each other before, sometimes removing pieces of tissue in the process. We concluded that this was the most likely explanation – One shark bit off a little more than he could chew and ended up swallowing the tag.

We never concluded that the 3m shark was consumed by another much larger shark.

And that folks, is the truth.

Head over to our website for more shark facts.