Tasmania's bushfires have hurt not only the state's forests, but also the honey industry that depends on access to the region's unique trees.

The bushfires that have burned for the past couple of months in western Tasmania have raised concerns about the vulnerability of our world heritage-listed forests to future changes in climate and management.

So far more than 125,000 hectares have been burned, and the remote nature and inaccessibility of much of the area suggests that without significant rain these fires may continue to burn for months.

The blazes have raised concerns about damage to wildlife, tourism, homes and infrastructure. But there is another group that relies directly on Tasmania’s natural forests and which has so far been largely overlooked: the beekeeping industry.

About 70% of Tasmania’s honey production is based on leatherwood. This is a rainforest tree that flowers annually and is found only in wet wooded regions of western Tasmania, and it produces a unique style of honey. The recent bushfires are almost all west of the so-called “leatherwood line“, which roughly bisects the state from north to south. The fires could thus have potentially significant impacts on the state’s beekeeping industry. 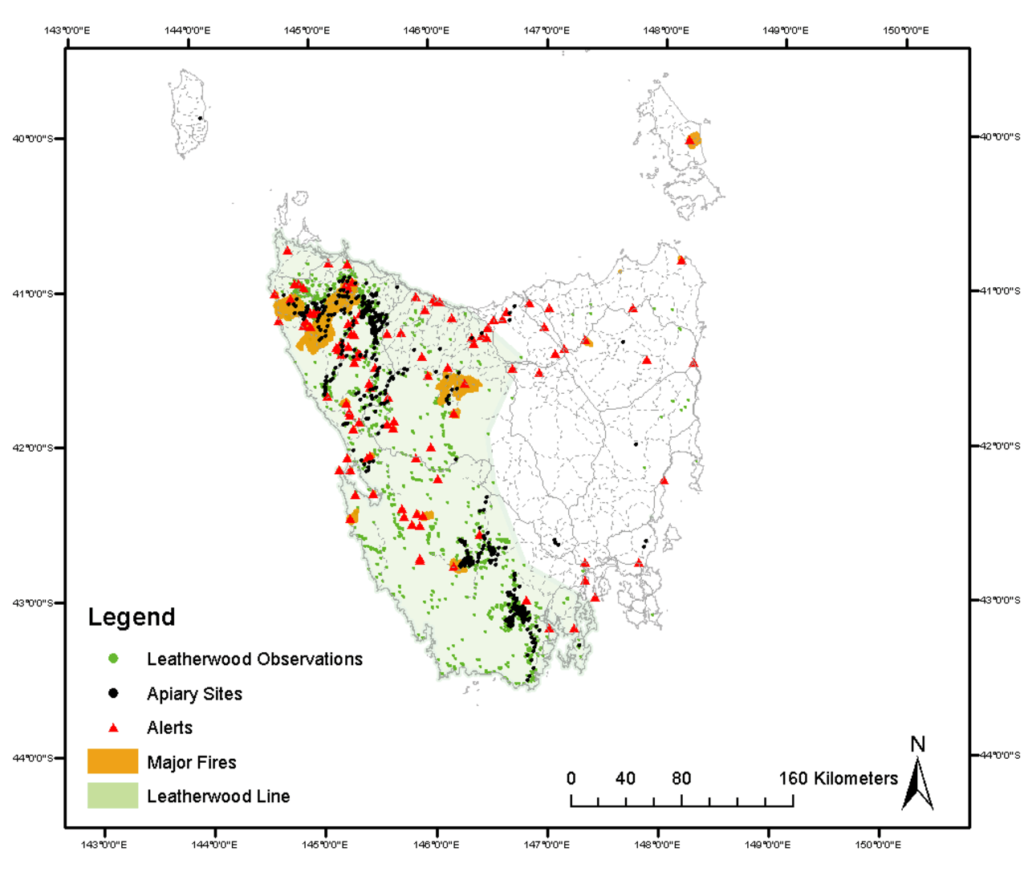 As the map shows, so far fire has directly impacted some 10% of apiary sites in western Tasmania. A further 10% are within 3 km of the fires’ boundaries – well within honeybees’ foraging range.

Leatherwood is a slow-growing rainforest understorey tree and it may take up to 80 years for these forests to recover their full flowering potential. Furthermore, the peak flowering period for leatherwood is during the summer months, from January to March, the prime fire danger period. 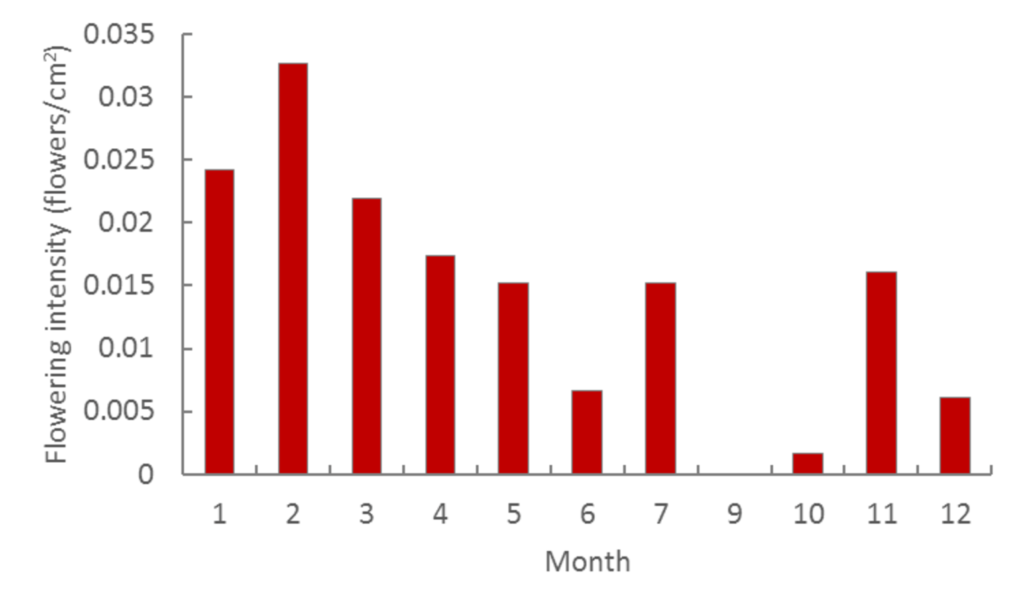 As well as the impacts on the leatherwood, the fires have also threatened large tracts of teatrees (Leptospermum), the basis of Tasmania’s burgeoning manuka honey industry.

The fires will hit the industry in two ways. Initially, access to apiary sites may be restricted during the peak honey flow season due to prolonged road closures as a result of the efforts to fight the fires. Second, these fires can destroy the fire-sensitive communities that support the leatherwood resource. While peak flowering would take many decades to return, it could be centuries before the forests eventually recover in full.

While leatherwood is extensively distributed throughout western Tasmania, much of it is accessible only by foot. Recent changes in the forest reserve system will potentially reduce access to leatherwood stands, because small access roads may not be maintained in newly reserved areas of the state, and fewer new roads are likely to be built.

The future frequency of bushfires is also likely to increase in western Tasmania, so the honey industry faces a challenge in maintaining long-term access to this premium resource. For the honey industry to be viable into the future, new sources of leatherwood nectar outside the traditional regions may be needed. This could mean using trees in previously inaccessible areas, or it could involve planting new leatherwood forests specifically for the industry.

Tasmania’s fire officials have done an excellent job of limiting the damage to sensitive ecosystems, but the fires will nevertheless have consequences that go beyond conservation. The economic impacts are real and measurable, and could potentially affect the state’s energy and tourism sectors, as well as the honey industry and others.

Tasmania’s apiarists are part of the state’s cultural landscape, and their produce is globally unique. Efforts to secure access to the leatherwood on which their industry depends have been limited so far. Silvicultural trials of leatherwood have only been done to replace harvested trees, rather than to establish new leatherwood stands. Developing a dedicated leatherwood forestry industry could potentially help to ensure that things don’t turn sour for Tasmania’s unique honey.

This article was co-authored by Romanee Latham of the Australian Bureau of Statistics, who was previously an indigenous research cadet with CSIRO Land and Water.