Buried treasure: finding safer ways to tap into oil and gas from our oceans

Buried treasure: finding safer ways to tap into oil and gas from our oceans

If anything good is to come from the devastation caused by the Deepwater Horizon oil spill in the Gulf of Mexico and Australia’s Montara oil and gas leak the year before, it is that we learn from our mistakes.

It’s now more than three years since the April 2010 explosion and oil spill at the BP drilling rig in the Gulf of Mexico, considered the world’s largest marine oil spill. Its effects are still being felt today – and there is still too much that we don’t yet know about its long-term costs.

That’s the challenge for scientists, the oil and gas industry and others: to develop better ways to safely tap into the wealth of our oceans to meet huge global demand for oil and gas, while still protecting our marine habitat and the communities who depend on it.
Witness to a disaster.

As a scientist involved in the development and application of oil spill counter-measures, back in 2010 I was asked by US Government agencies to assist in the oil spill response in the Gulf. 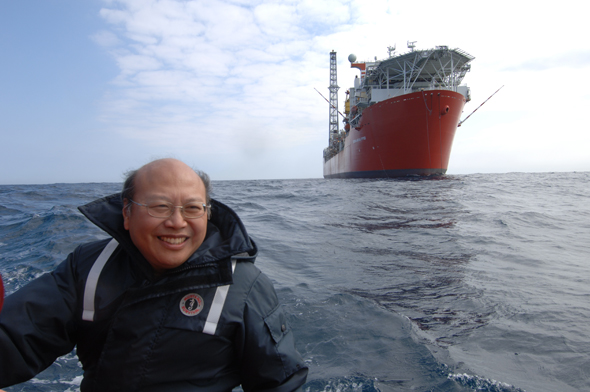 While working with a science team to monitor the effectiveness and potential environmental impacts of the clean-up, I witnessed how the spill affected the region’s environment and some of the surrounding local communities.

As a result of this firsthand experience, I was asked to serve on the US National Research Council Committee that was asked by Congress to examine the broader environmental, economic and social impacts of the Gulf spill.

Our report found that the US government could not fully account for the true costs of the disaster using current methods.

We found there is a substantial gap in our understanding of the social and economic impacts of the oil spill on the multiple uses of the Gulf, such as for tourism and fisheries.

Our study also highlighted the limits in our knowledge about processes in the deep sea ecosystem, such as nutrient recycling and microbial degradation of oil, which could influence the level of productivity of the ocean. 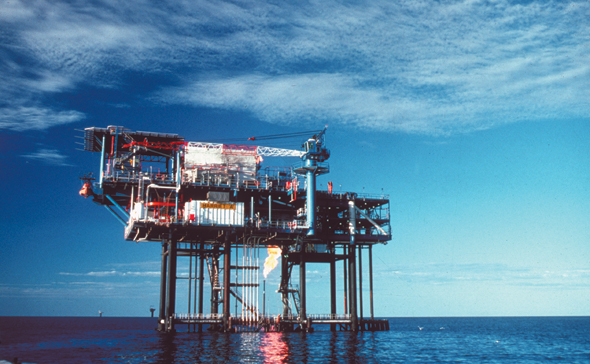 An offshore oil and gas drilling platform in Australian waters.

An offshore oil and gas drilling platform in Australian waters.

Oil and gas in Australia

The US isn’t the only place we can learn from. Closer to home, four years after Australia’s worst oil and gas leak at the Montara station in the Timor Sea off the coast of Western Australia, the station resumed production in June this year.

There has been a transformation of its management culture, operational capabilities, safety processes and environmental systems. PTTEP Australasia (the operators of the Montara station) said that the changes were all validated by five independent reviews commissioned by the Australian Government.

Learning lessons from such experiences is more important than ever, given that oil and gas remain a critical part in Australia’s future energy needs.

Domestic demand for oil is expected to remain fairly constant through to 2035, with imports likely to triple. By 2035, Australia’s gas production is expected to quadruple and by the end of this decade, Australia may rival Qatar as the world’s largest exporter of liquid natural gas (LNG).

Despite the vast majority of our oil currently coming from offshore Australia, our nation’s deep sea remains relatively unexplored and there is significant potential for new resources to be found in deepwater frontier basins, such as in the Great Australian Bight.

In the last few months alone, 13 new offshore petroleum exploration permits have been granted for the Indian Ocean off the coast of Western Australia, as well as offshore from Tasmania.

Plugging gaps in our knowledge

Research collaborations with industry, government agencies and academia provide the essential scientific information required for ecosystem-based management decisions that allow society to benefit from its commercial activities, while protecting our marine habitat and the life within it.

It is vital that we look at impacts across the full life-cycle of offshore energy activities. For example, many people don’t realise that oil and gas production produces operational waste during its day-to-day operations and we want to know the long-term effects on the environment from this waste.

Of course, we need good processes to quickly assess and reduce environmental damage when oil spills occur. But we also need to take a bigger picture approach, so that we better understand the wider economic and social impacts of spills, and of oil and gas activities in general.

Our nation’s quest for energy is of economic, social and environmental significance and we need to ensure we have the best available information to inform decision-makers in industry, regulation and government.

Reliable socio-economic and environmental assessments are needed for better informed decisions on applications for offshore oil and gas operations. Such assessments can also serve as a baseline for the guidance of spill response operations and subsequent damage assessments, if a spill ever occurs.

By conducting whole-of-ecosystem studies that examine everything from the sea floor to the ecology of our ocean’s top predators, we can establish benchmarks so that, if environmental damage does occur, we know what the healthy ecosystem looked like and have the knowledge to eventually return it to its original state.

Originally from Canada, I now call Perth home after my recent appointment as Director of CSIRO’s Wealth from Oceans National Research Flagship. Australia’s national science agency has a long-standing relationship with the oil and gas industry. The Wealth from Oceans Flagship intends to strengthen its collaboration with industry even further.

In the past, industry-research partnerships traditionally focused on improving production technologies and solutions. However, our focus for oil and gas research now includes environmental, economic and social factors, including risk assessments for regulatory approval, exploration, production, transportation, decommissioning, and emergency response to spills and mitigation.

In April this year, a team of scientists from CSIRO, the South Australian Research and Development Institute (SARDI) and the University of Tennessee returned from a research voyage to the Great Australian Bight. BP Developments Australia has been granted exploration rights in the Bight and is now collaborating with CSIRO, SARDI, University of Adelaide and Flinders University to conduct one of only a few whole-of-ecosystem studies ever undertaken in Australia.

This four-year, $20 million collaboration will examine the oceanography, ecology, and geochemistry of the Bight. It will also conduct socio-economic research on communities and businesses dependent on the Bight to ensure the future developments co-exist with the area’s environment, industries and the community.

Successful collaborations can benefit the bottom-line and the environment. In 2012 Petronas and CSIRO launched Pipeassure, a material used to protect pipelines against corrosion in harsh marine environments. This product, now commercially available, offers considerable benefits over conventional repair technologies and reduces production downtimes, benefiting both the operating company and the environment.

Balancing our need for offshore oil and gas while minimising the legacy of environmental impact on our marine life is a major challenge worldwide. My goal is for Australia to be a leader in setting standards for environmental protection, as well as in developing technology and training experts, ready to work in a globalised industry.

Previous post:
Coffee in space? It’s a bit of a grind
Coming up next:
Australian agriculture’s biggest threat needs a global approach