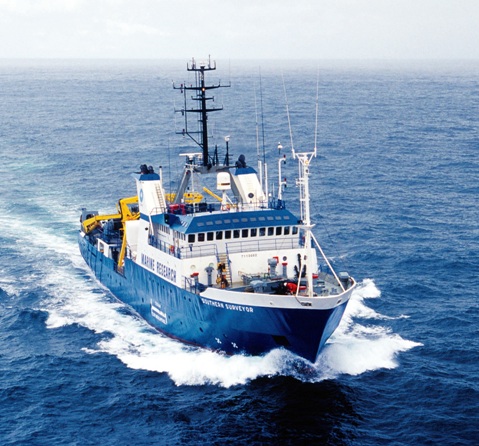 Australia’s Marine National Facility research vessel, Southern Surveyor, is to be sold by open tender on the international market, in the lead up to the arrival of its replacement, RV Investigator.

Since 2002 Australia’s marine science community has relied upon Southern Surveyor to conduct research from the Southern Ocean to the waters off the coast of East Timor, and deep into the Indian and Pacific Oceans.

The Director of the Marine National Facility, Ron Plaschke, said the research achievements onboard Southern Surveyor have not only been to Australia’s benefit, but also understanding the global importance of our surrounding seas and oceans.

On board Southern Surveyor, scientists from a diverse range of universities, institutions and government organisations have, among many other things:

“The 42 year old Southern Surveyor is a former North Sea trawler converted into a research vessel and, while being well maintained, the ability to carry a wide range of scientific equipment and larger scientific teams is becoming increasingly limiting,” Ron Plaschke said.

“It will be a sad day when Southern Surveyor is sold and departs from Hobart, but there is growing excitement about the upcoming arrival of the replacement vessel Investigator,” Mr Plaschke said.

Previous post:
Crunchy carrots and fluffy bread – It’s all about the structure
Coming up next:
Space starts here