Telling science stories often involves explaining complex interactions between a cast of molecular “actors”, on a set smaller than the wavelength of light, so scientists are increasingly using animation to communicate such stories to the broader public.

This is part of a global shift in how knowledge is communicated, reflected in the rapid rise of online video content – more than 1 billion people view videos on YouTube each month.

It is important that key scientific discoveries and insights are communicated well in this new medium, especially when they can lead to improved health outcomes. However, creating enduring animations is not easy or cheap – it requires a high level of scientific accuracy and production value.

Last week, three such biomedical animations were unveiled in Melbourne – but before you marvel at the animations, let me walk you through how they were produced.

In 2011 I met Emmy and BAFTA winning medical animator Drew Berry from the Walter and Eliza Hall Institute (WEHI) in Melbourne.

Drew uses principles from data visualisation and cinematography to create stunning biomedical animations designed not only to communicate complex science to the general public, but to inspire engagement and enthusiasm about cutting-edge biomedical research.

There is only one Drew Berry, but many compelling stories that need to be told. In 2012, together with Kate Patterson from the Garvan Institute for Medical Research in Sydney, we hatched a plan to train three new biomedical animators based in different Australian institutes (WEHI, Garvan, and CSIRO).

Our next task was to select the remaining apprentice biomedical animators. Drew’s criteria were clear: first and foremost, we looked for people with both a strong background in biology as well as a passion for communicating science visually. Pre-existing skills in animation or storytelling were of secondary importance. 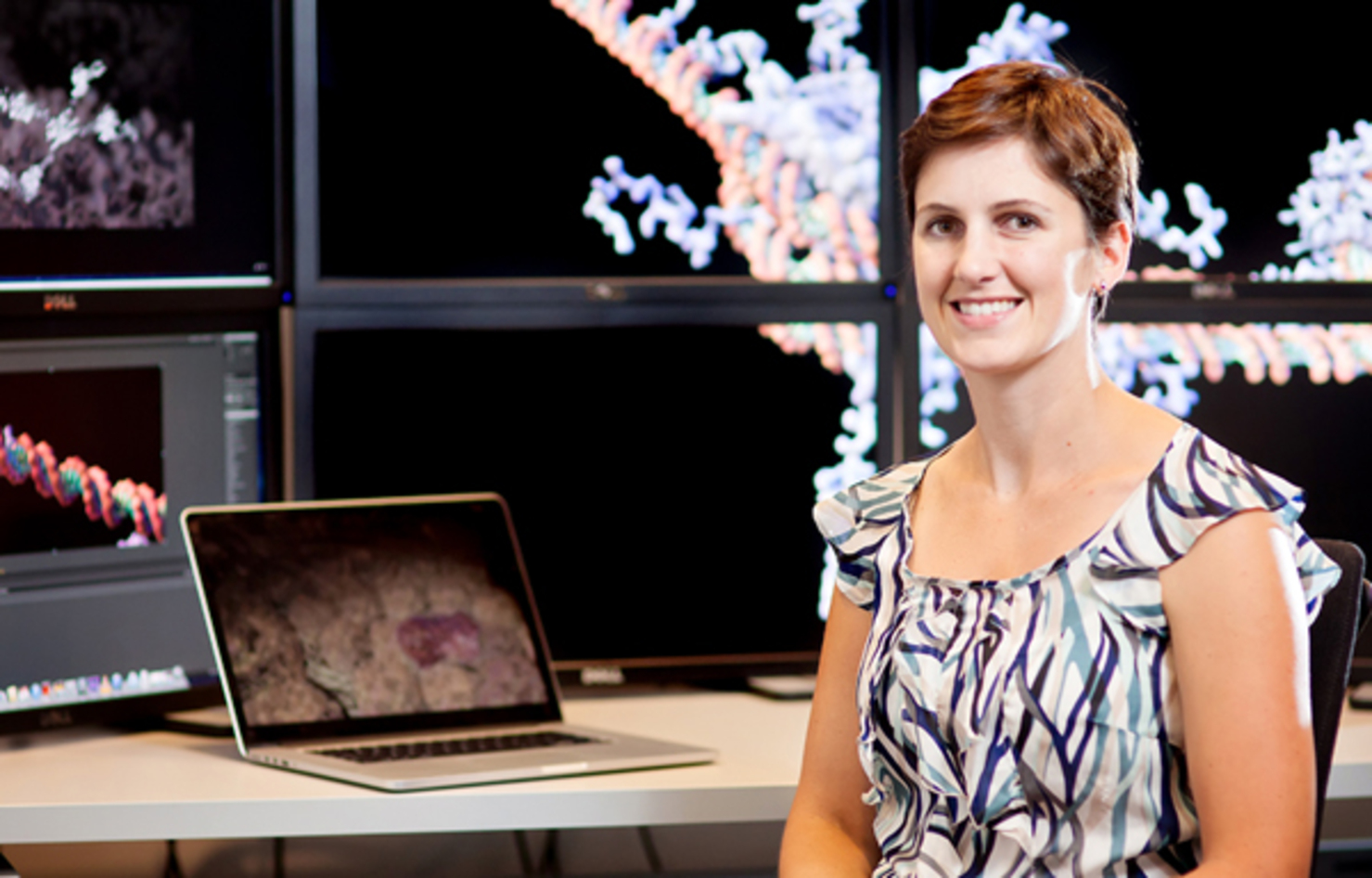 We then went to top scientists in each institute and asked: what are the most compelling stories emerging from your research that the public needs to know? The topics were all of strong national significance, and ranged from well-known issues (such as Alzheimer’s) to rapidly emerging fields, such as the role of epigenetics in cancer.

Each animator then began work on an initial story from their institute. They had 12 months to familiarise themselves with the technology – software such as Autodesk Maya, Blender and Adobe After-Effects, which are tools commonly used by Dreamworks and Pixar. They also had to get the science right, which involved close engagement with researchers and extensive review of scientific literature.

Below are the first three animations – three more are due later this year.

This animation focuses on resistant starch, a specific kind of dietary fibre. Many people already know fibre is healthy, and the animation gives us a lucid visual explanation of why, focusing on how resistant starch feeds our gut microbiome and how this benefits our health.

The animation’s companion website includes more than 90 minutes of additional video material, and shows which foods are particularly rich in resistant starch. This message is especially important to Australians: our country has one of the world’s highest rates of colorectal cancer, and lack of resistant starch in our diet is believed to be one of the major causes.

2. Cancer is not one disease

This video reveals why curing cancer is so difficult by showing us the multitude of different mistakes in DNA that can lead to cancer.

It features an interview with a patient with pancreatic cancer, lucidly explaining the urgent need we have as a society to improve patient outcomes, and pointing towards genomic sequencing of cancer as a promising new clinical research direction.

This animation focuses on how obesity can lead to inflammatory responses that damage our bodies, leading to type 2 diabetes and other diseases.

To encourage wide dissemination and re-use of the animations, both within the scientific community and the general public, we’re releasing the full-resolution movies under the Creative Commons Attribution license.

To further encourage engagement with people not reached via traditional science communication channels, the VizbiPlus Challenge provides additional visual assets related to the animations, and we’re inviting the creative community to submit artwork inspired by the science presented in these animations.

We’re already received overwhelmingly positive feedback about the animations from colleagues and the general public worldwide. This experience has convinced me that, as scientists, we shouldn’t aspire only to inform the public about our work – we should set ourselves the larger goal of getting people inspired by and engaged with science.

Seán I. O’Donoghue receives funding from the Inspiring Australia initiative of the Federal Government.

Previous post:
Testing the CTD system onboard Investigator
Coming up next:
Aboriginal people – how to misunderstand their science