Aboriginal people – how to misunderstand their science

Aboriginal people – how to misunderstand their science

We still have so much to learn about Aboriginal history and culture. Image: Shutterstock / John Austin

Just one generation ago Australian schoolkids were taught that Aboriginal people couldn’t count beyond five, wandered the desert scavenging for food, had no civilisation, couldn’t navigate and peacefully acquiesced when Western Civilisation rescued them in 1788.

How did we get it so wrong?

Australian historian Bill Gammage and others have shown that for many years land was carefully managed by Aboriginal people to maximise productivity. This resulted in fantastically fertile soils, now exploited and almost destroyed by intensive agriculture.

They mounted fierce resistance to the British invaders, and sometimes won significant military victories such as the raids by Aboriginal warrior Pemulwuy. 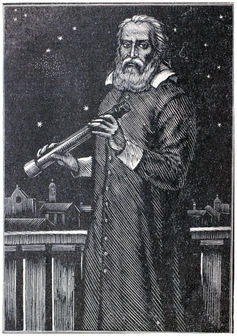 Only now are we starting to understand Aboriginal intellectual and scientific achievements.

The Yolngu people, in north eastern Arnhem Land in the Northern Territory, long recognised how the tides are linked to the phases of the moon.

Back in the early 17th century, Italian scientist Galileo Galilei was still proclaiming, incorrectly, that the moon had nothing to do with tides.

Some Aboriginal people had figured out how eclipses work, and knew how the planets moved differently from the stars. They used this knowledge to regulate the cycles of travel from one place to another, maximising the availability of seasonal foods.

Why are we only finding this out now?

We owe much of our knowledge about pre-European contact Aboriginal culture to the great anthropologists of the 20th century. Their massive tomes tell us much about Aboriginal art, songs and spirituality, but are strangely silent about intellectual achievements.

They say very little about Aboriginal understanding of how the world works, or how they navigated. In anthropologist Adolphus Elkin’s 1938 book The Australian Aborigines: How to Understand Them he appears to have heard at least one songline (an oral map) without noting its significance.

[…] its cycle of the hero’s experiences as he journeyed from the north coast south and then back again north […] now in that country, then in another place, and so on, ever coming nearer until at last it was just where we were making the recording.

How could these giants of anthropology not recognise the significance of what they had been told?

The answer dawned on me when I gave a talk on Aboriginal navigation at the National Library of Australia, and posed this same question to the audience.

Afterwards, one of Elkin’s PhD students told me that Elkin worked within fixed ideas about what constituted Aboriginal culture. I realised she was describing what the American philosopher Thomas Kuhn referred to when he coined the term “paradigm”.

According to Kuhn, all of us (even scientists and anthropologists) are fallible. We grow up with a paradigm (such as “Aboriginal culture is primitive”) which we accept as true. Anything that doesn’t fit into that paradigm is dismissed as irrelevant or aberrant.

Only 200 years ago, people discussed whether Aboriginal people were “sub-human”. Ideas change slowly, and the underlying message lingers on, long after it has been falsified.

As late as 1923 Aboriginal Australians were described as “a very primitive race of people”. 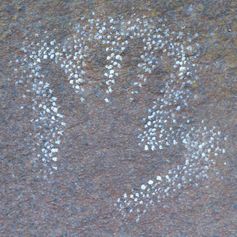 The prevailing paradigm in Elkin’s time was that Aboriginal culture was primitive, and Aboriginal people couldn’t possibly say anything useful about how to manage the land, or how to navigate.

Even now, the paradigm lives on. In my experience, well-educated white Australians, trying so hard to be politically correct, often still seem to find it difficult to escape their childhood image of “primitive” Aboriginal people.

We must overcome the intellectual inertia that keeps us in that old paradigm, stopping us from recognising the enormous contribution that Aboriginal culture can make to our understanding of the world, and to our attempts to manage it.

[…] when paradigms change, the world itself changes with them.

In recent years, it has become clear that traditional Aboriginal people knew a great deal about the sky, knew the cycles of movements of the stars and the complex motions of the sun, moon and planets.

There is even found a sort of “Aboriginal Stonehenge”, that points to the sunset on midsummers day and midwinters day. And I suspect that this is only the tip of the iceberg of Aboriginal astronomy.

So in the debate about whether our schools should include Aboriginal perspectives in their lessons, I argue that kids studying science today could also learn much from the way that pre-contact Aboriginal people used observation to build a picture of the world around them.

This “ethno-science” is similar to modern science in many ways, but is couched in appropriate cultural terms, without expensive telescopes and particle accelerators.

So if you want to learn about the essence of how science works, how people learn to solve practical problems, the answer may be clearer in an Aboriginal community than in a high-tech laboratory.