A lunar powerhouse: The Apollo 11 exhibition lands in Sydney

A lunar powerhouse: The Apollo 11 exhibition lands in Sydney

Stand under an enormous Moon sculpture. See four billion-year-old Moon dust. Learn what on earth a feed horn is! It's all happening at the Powerhouse Museum. 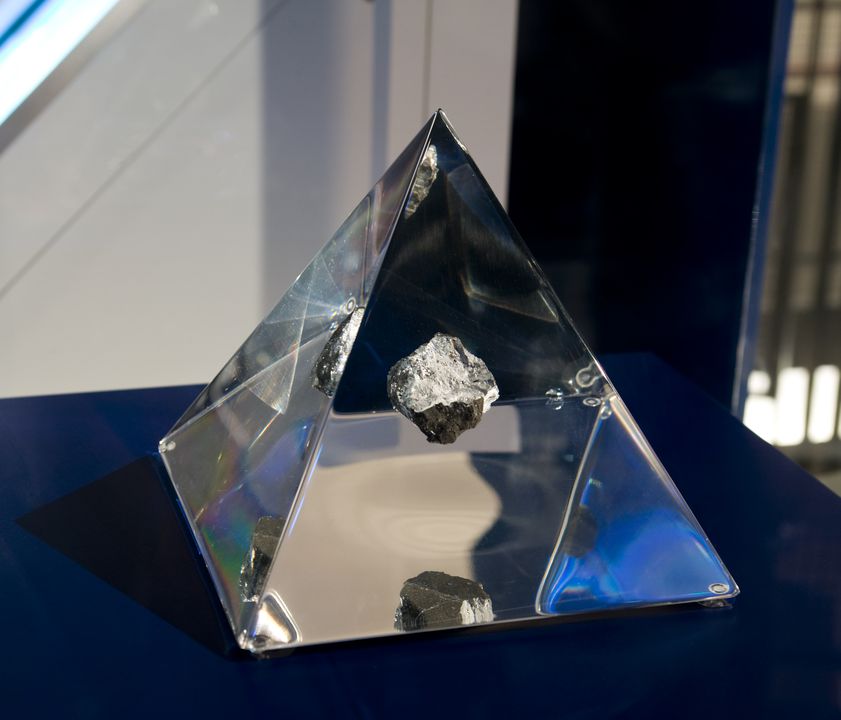 A piece of Moon rock inside a clear pyramid

What that? Oh, just a four billion-year-old fragment of Moon rock. It’s one of 200 objects on display at the Powerhouse Museum.

What’s your go-to souvenir to bring home after a holiday? A novelty t-shirt? A punny postcard? How about a piece of the Moon?

Some souvenirs are more interesting than others. When astronaut Charles Duke travelled to the Moon on the Apollo 16 mission, he brought back a four billion-year-old fragment of Moon rock. (Sure beats a tea towel!) This Moon rock is one of the 200 objects (many of which have never been on public display before!) on show at the Powerhouse Museum in Sydney.

The Powerhouse’s new Apollo 11 exhibition celebrates the 50th anniversary of the Moon landing. Open until January 2020, the carefully crafted exhibition takes you on a journey, from the Space Race between the US and the Soviet Union, through to the Apollo 11 mission, and up to the present day. It finishes with a look at the latest developments in space, and what’s in store for the next 50 years.

So what can you expect to see? 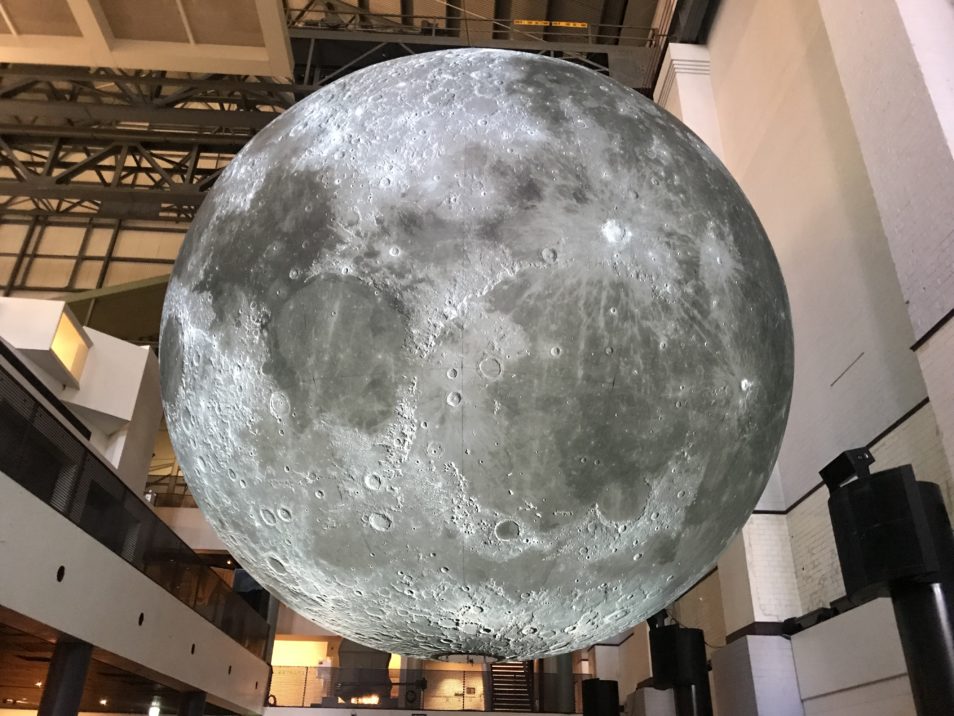 Museum of the Moon sculpture

Swoon over the moon, as you stand under Museum of the Moon, a travelling, seven-metre tall sculpture by Luke Jerram.

Museum of the Moon

Nothing says awe-inspiring (and Instagrammable!) like a stunning seven-metre tall sculpture of the Moon. Museum of the Moon is a touring artwork by UK artist Luke Jerram. It features detailed NASA imagery of the lunar surface, at a scale of 1: 500,000. In other words, ever centimetre of the internally lit sculpture represents five kilometre of the Moon’s surface.

It’s incredibly lifelike. So lifelike, a six-year-old girl named Rebecca, asked “Will you put the Moon back afterwards?”

As you walk around the Moon you’ll be listening to the surround sound composition created by BAFTA award-winning composer Dan Jones. Stand underneath Luke Jerram’s artwork, and bathe in the ethereal light cast by a full Moon. #MuseumoftheMoon

That’s right, an actual Moon rock from the actual Moon! It’s about as close as you can get to touching the Moon itself. On loan from NASA, the fragment of Moon Rock was collected by astronaut Charles Duke, during the Apollo 16 mission. It weighs 89 grams and it’s older than most rocks on Earth.

Australia was actually one of the first places where rocks bought back from the Apollo missions were studied. The results of the research into the lunar geology were then provided back to NASA.

The rock on display at the Powerhouse Museum is ‘breccia’ which formed when pieces of rock and dust are fused together during a surface impact. But it’s not just a rock, it’s a time capsule that we can use to look back over billions of year into the history of our Solar System.

(If you’re in Canberra, then you’re in luck! There are Moon rocks on show in our nation’s capital too, as part of the Moonrock Trail. And, if you visit Geoscience Australia you can actually land your hands on the only ‘lunar touchstone’ in the Southern Hemisphere!). 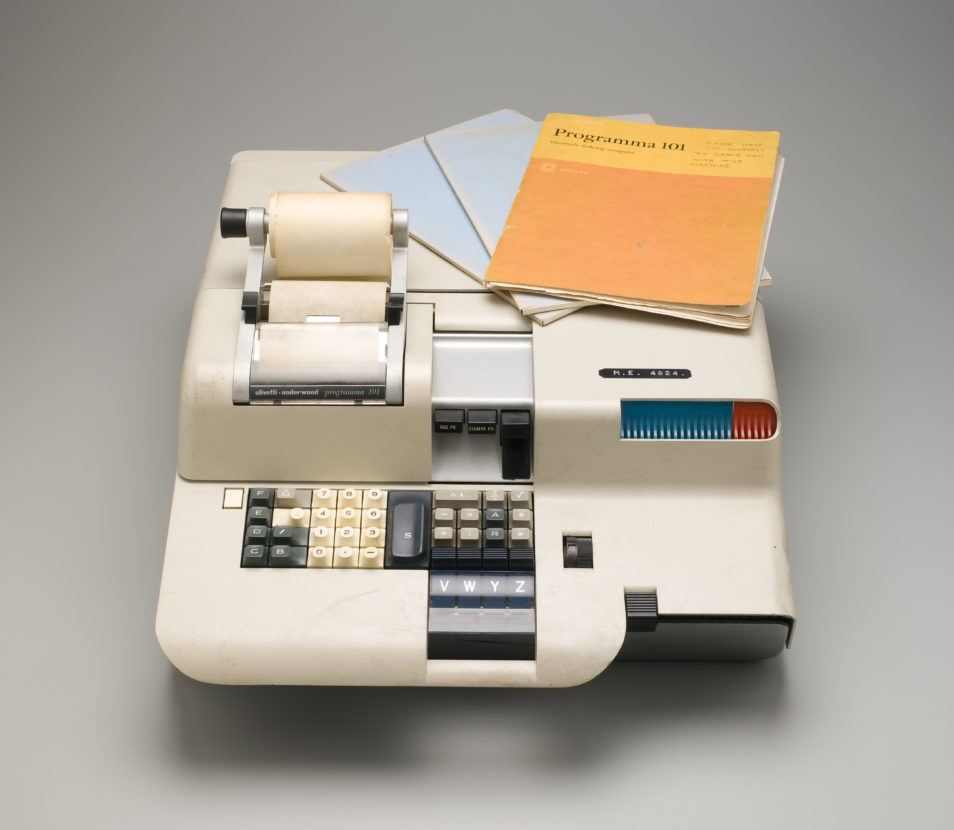 NASA bought 10 of the world’s first ‘desktop computers’ for the Apollo 11 mission. Meet the Olivetta Programma 101.

Check out my Star Tech

The Olivetta Programma 101 computer was one of the world’s first ‘desktop computers’. NASA purchased 10 of these computers for the Apollo missions. Why? To calculate the series of orbital manoeuvres required for launch and landing. These computers could perform basic mathematical calculations, and they could store and load short sequences of calculations via magnetic tape. As Apollo-era flight controller David Whittle says, “It was a kind of supercalculator. It was probably a foot and a half square, and about maybe eight inches tall”. You can see one of these swinging-sixties supercalculators at the Powerhouse today.

Fun fact: our mobile phones have more computer power than the computer aboard the Apollo 11 spacecraft.

CSIRO’s feed horn from ‘The Dish’

Have you seen the film ‘The Dish’? The film tells the (fictionalised) story our iconic Parkes radio telescope, which acted as a tracking station for NASA during the Apollo 11 mission. Along with the Honeysuckle Creek Tracking Station, we played a key role in receiving and broadcasting the now-famous live television images of the moonwalk to 600 million people around the world.

And we couldn’t have done it without this feed horn. 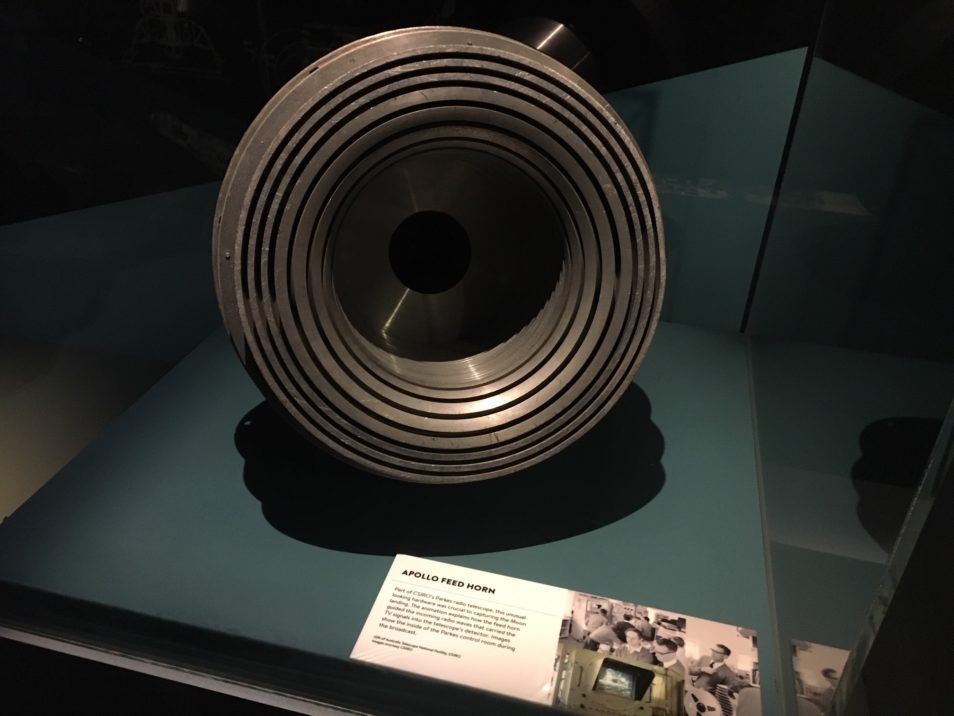 We couldn’t have shown the images of the Moon walk around the world without this feed horn. It’s on display at the Powerhouse Museum.

“But what’s a feed horn?” we hear you ask. It’s a piece of metal designed to collect radio waves at the focus of the telescope, and to funnel them to a receiver. Find out how it works at the Powerhouse Museum!

Fancy a little virtual lunar reality? Visit the Powerhouse exhibition, and you can watch the Moon landing from the perspective of the third astronaut, Michael Collins, who orbited the Moon inside the Command Module while Neil Armstrong and Buzz Aldrin moonwalked. Talk about front-row seats!

What is it like to live and work in the weightless environment of space? How do astronauts sleep? How do they go to the bathroom? And what do they eat?

If you’re still hungry for space facts, check out the Powerhouse’s permanent Space Exhibition. There’s a Zero Gravity Space Lab, where you can experience the illusion of weightlessness. Then you can get a virtual tour of the International Space Station with two very special guides: Australian-born NASA astronaut Dr Andrew Thomas and his wife, and fellow astronaut, Dr Shannon Walker.

And don’t forget to look up! Suspended above you is an amazing collection of satellites and other spacecraft, including one of the world’s largest rocket motors and models of early Soviet spacecraft, like the Cosmos satellite and the Soyuz-4-5 spacecraft. 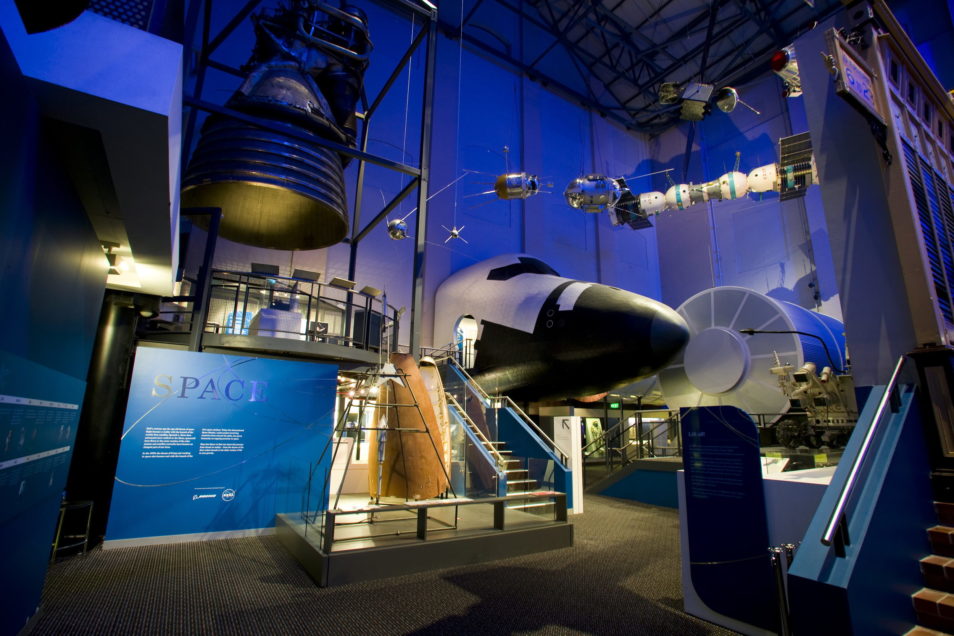 The permanent space exhibition includes all sorts of mind-bending displays, including the Zero Gravity Space Lab.

We’re also giving away free tickets to the Powerhouse Museum as part of our Apollo 11 competition, running now! Enter now for your chance to win one of 12 out-of-this-world prize packs, which each contain: two tickets to the Powerhouse Museum, a commemorative t-shirt, drink bottle and tote bag. To win, just visit this page, and share your favourite Moon fact with us!

Sydney. Darwin. Geelong. No matter where you live in Australia, we can fly you to the Moon!

Previous post:
Shoot (for) the stars: Awe-inspiring astrophotography
Coming up next:
The Dish: Fact vs fiction