A genetic approach to mosquitoes can stop them spreading infections

A genetic approach to mosquitoes can stop them spreading infections

Summer is the time of year when we head out for trips to the beach or picnics in the park. But we need to keep in mind that this is also when mosquito season reaches its peak.

Summer is the time of year when we head out for trips to the beach or picnics in the park. But we need to keep in mind that this is also when mosquito season reaches its peak.

The swarms of mosquitoes flooding our summer fun inevitably bring increased outbreaks of mosquito-borne diseases, such as Ross River fever, in some areas, dengue fever.

Australian travellers through Southeast Asia are also exposed to a variety of dangerous mosquito-borne viruses such as chikungunya virus and even Japanese encephalitis. Both of these are a significant risk to Australia, should they successfully establish here and join the suite of existing mosquito-borne viruses which represent major public health concerns that impact our economy, tourism and way of life.

Recently, we have seen an expansion in the distribution of many mosquitoes and the diseases they carry, both globally and within Australia. This is due to a number of factors including increased urbanisation, increased travel and trade, as well as a changing climate, all of which enhance the suitability of environments for mosquitoes or increase their interaction with humans.

While extensive research efforts are underway globally to identify treatments to protect people from these nasties, none have been clinically approved for use to date.

In December last year, a dengue vaccine (Dengvaxia) was approved for use in Mexico, the Philippines and Brazil, but its effectiveness against the disease still remains questionable. So far the only effective vaccines for mosquito-borne diseases, are for yellow fever and Japanese encephalitis.

Another approach to curb infections is mosquito population control. The most common approach is by removing all sources of stagnant water and using targeted insecticide application. These alternate approaches have been successful, but only for a limited time as many mosquitoes have shown resistance to insecticides. These insecticides can also have adverse environmental impacts.

Despite concerted efforts to eradicate mosquitoes and the diseases they transmit, the World Health Organization estimates that some 390-million dengue infections occur annually, of which 100-million people fall ill leading to some 25,000 deaths.

This has raised awareness for the need for alternate approaches to control these deadly diseases. Recently, mosquitoes infected with Wolbachia bacteria have been used to dramatically reduce the potential of mosquito population to transmit dengue infections.

With field trials underway in Australia, China, Vietnam, Brazil and Thailand, this approach has delivered promising results. But its long-term success and effectiveness against other infections remains to be seen. 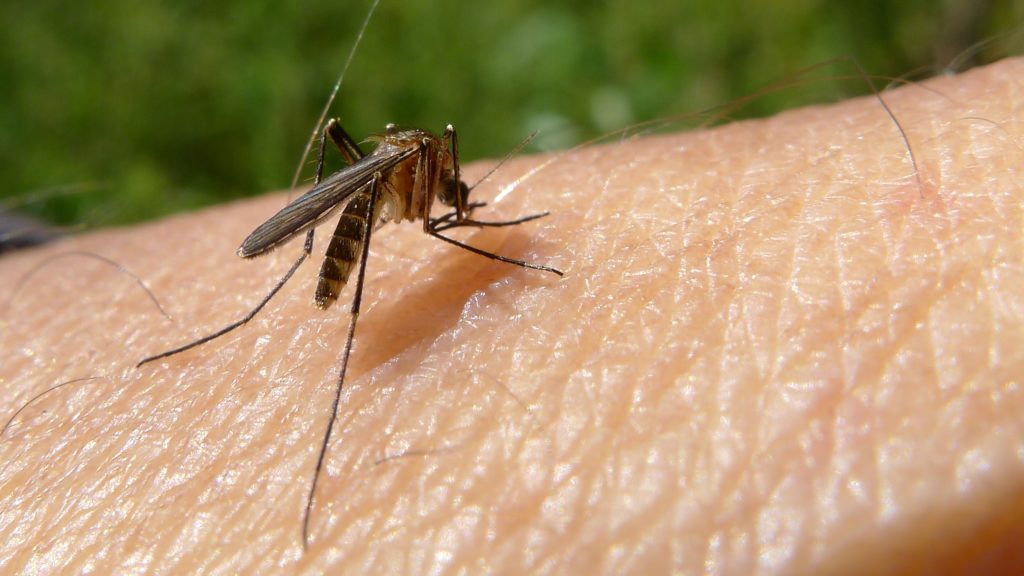 Why do mosquitoes not suffer from the infections they pass on? Image credit – John Tann

A British biotech company, Oxitec, has altered the DNA of male mosquitoes to ensure that offspring die as larvae or pupae. Some other laboratories have taken another approach where only male mosquitoes are produced, leading to the collapse of the entire population.

These approaches are innovative but further field tests are needed to validate their effectiveness and ecological impact.

So when female mosquitoes bite an infected animal or person, they become infected themselves as the virus enters their gut via the blood-meal. These infected mosquitoes can subsequently transmit the virus through their saliva if they bite another susceptible host.

But interestingly, the viruses which can cause severe disease in people have no physical ill-effects on the infected mosquito. Understanding how mosquitoes are capable of apparently protecting themselves against disease when infected by these serious viruses may provide important insights that enable development of new disease intervention strategies.

In September last year, we published findings that start to explain how mosquitoes respond to viral infections. Using an RNA-sequencing approach, we identified a number of genes from multiple cellular pathways that play integral roles in protecting mosquitoes from the viruses they carry.

Previously, we had identified a new protein, Vago, that was shown to restrict the spread of viral infection in mosquitoes. Most recently, we have shown that a virus increases production of a mosquito gene, Cullin4, which shuts down the immune response of mosquitoes by blocking the action of Vago. This allows the virus to multiply in mosquitoes and be transmitted to the next person.

This is the first demonstration at the molecular level that such an immune evasion mechanism exists in mosquitoes or any other insect. These results provide new insights into how virus reproduces in mosquitoes. It has also provided us with a large dataset of mosquito genes, which play a role during the infection process.

New approaches are needed to reduce the health burden of mosquito-borne diseases. These findings suggest it may be possible to reduce a mosquito’s capacity to transmit viruses by manipulating its immune system.

Stop the infections but save mosquitoes

Despite the problems mosquitoes can cause from spreading viruses and infections, they do serve important functions, as pollinators as well as food source for birds and fish.

Another approach would be to block entry of the virus into the mosquito by modifying proteins present in its gut. Blocking infection in mosquitoes would break the cycle of transmission and prevent further spread of the virus to humans.

There are still gaps in our understanding of the complex relationship between mosquitoes, viruses, people and the environment. We need to investigate how mosquitoes respond to infection and whether this information can be used to prevent the spread of disease.

Previous post:
Gravitational waves: five things you need to know
Coming up next:
Future bushfires will be worse: we need to adapt now