A chance encounter with a pulsar

A chance encounter with a pulsar

Our scientists accidentally stumbled upon a pulsar (a highly magnetized rotating neutron star). This chance discovery was made thanks to the ASKAP telescope. 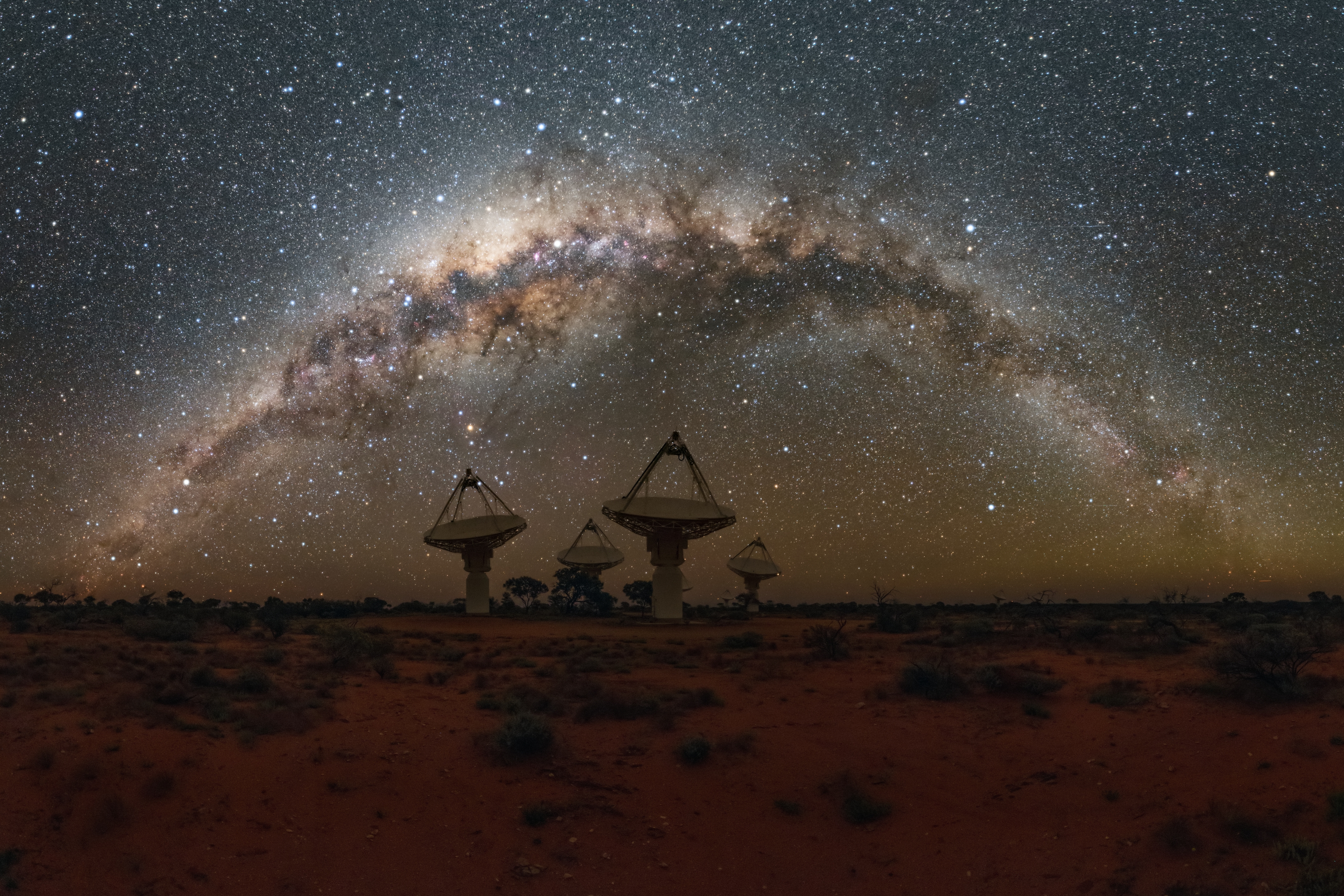 A world-leading telescope in its own right, our new ASKAP radio telescope is also allowing us to test technologies for the much larger Square Kilometre Array.

When you think you’ve seen it all, look again – there might be a pulsar staring back at you.

Recently, scientists using our new ASKAP radio telescope accidentally stumbled upon a rapidly spinning star called a pulsar. This is not an easy, or simple, task.

Astrophysicist Jocelyn Bell Burnell discovered the first pulsar in 1967. Today, most of the brighter and slower pulsars have been discovered using large telescopes like our Parkes radio telescope (aka The Dish).

Emil Lenc is one of our astronomers. But he’s not a pulsar astronomer. He works with our new 36-dish radio telescope, the Australian Square Kilometre Array Pathfinder (ASKAP), which is in outback Western Australia. Emil’s job is to run the telescope through its paces, to experiment with innovative ways to process telescope data.

But Emil, alongside a group of other scientists, unexpectedly discovered a pulsar! It’s called PSR J1431-6328. Very creative. 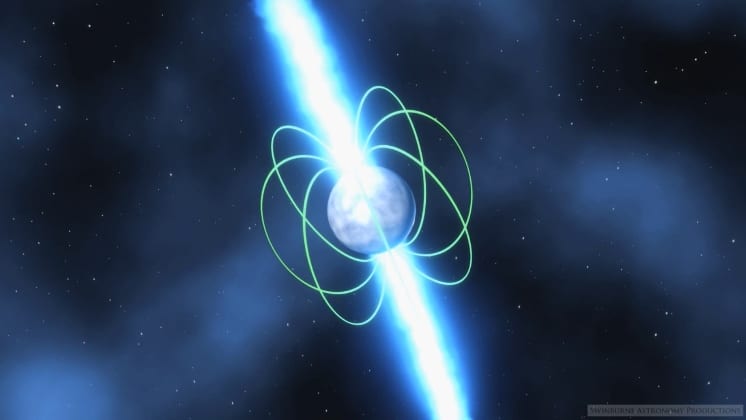 The densely packed matter of a pulsar spins at incredible speeds, and emit radio waves that can be observed from Earth. Credit: Swinburne Astronomy Productions/CAASTRO.

In May, University of Sydney/CSIRO PhD student, Andrew Zic was given time on ASKAP to observe the red dwarf star Proxima Centauri – the closest star to the Sun. He wanted to better understand the bright flares from the star and the implications for life on exoplanets around it. But his four-day observation helped discover something new and unexpected.

Meanwhile, during the Proxima Centauri observations, Emil was interested in testing a new feature on ASKAP. The feature gives ASKAP the ability to see in ‘circular polarisation’. This is where the light waves from a source, such as a star, rotate in a circular motion. This type of light is not common but can be seen in flaring stars and some pulsars.

“It worked a treat. Proxima Centauri almost jumped out of the screen at us. And then I noticed another weaker source at the edge of the image. I had one of those ‘hmm, that’s weird’ moments.”

Emil let the Variable and Slow Transients (VAST) team that he collaborates with know of the potential discovery. This set off a flurry of activity, with the team gathering clues to identify the nature of the second source. Was it a flare star, a new pulsar, or perhaps something else? Astronomers locally and internationally worked around the clock, sifting through archives to shortlist what it could be.

“Ultimately, my colleague Shi Dai, used the Parkes radio telescope to confirm that our mystery source had periodic pulses. It was indeed a newly discovered pulsar.”

The serendipitous pulsar discovery shows that we just don’t know when and where new discoveries might happen.

As it turns out, it’s also in the top 90 fastest spinning pulsars (out of about 2700 known pulsars) and it’s spinning at a rate of around 360 times a second!

“There are also hints the pulsar we discovered has a nearby neighbour. Together they form a binary system that could help us test our understanding of gravity,” says Emil.

Sunnies on, sunnies off 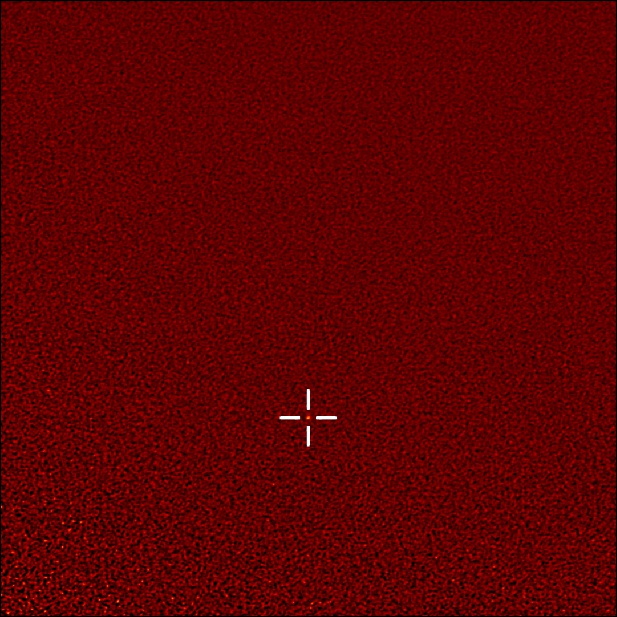 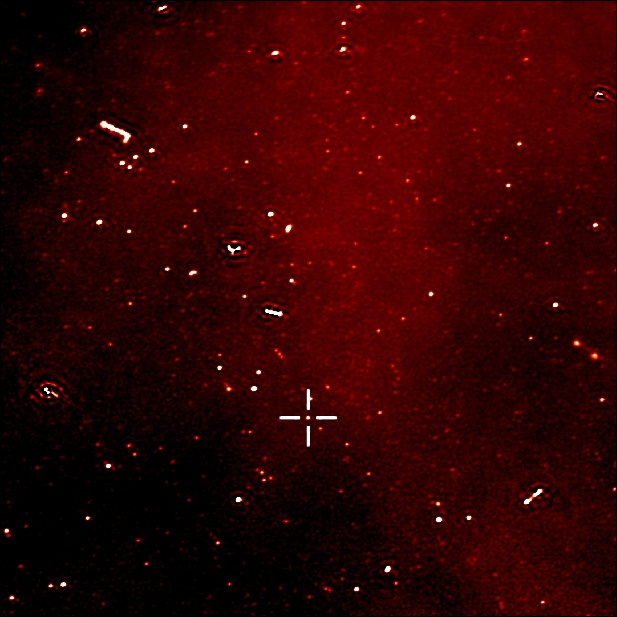 The above slider shows the region of sky where the pulsar was discovered. Use the slider to change the view from unpolarised to polarised light. The crosshair highlights the newly discovered pulsar.

The team has been given extra time with the Parkes radio telescope to get a better understanding of the pulsar. And to see if they can find evidence of its companion.

If you’d like to read more, these findings have been published in the Astrophysical Journal.

We acknowledge the Wajarri Yamaji people as the traditional owners of the Murchison Radio-astronomy Observatory site.

Zoom in: Read more about our ASKAP telescope