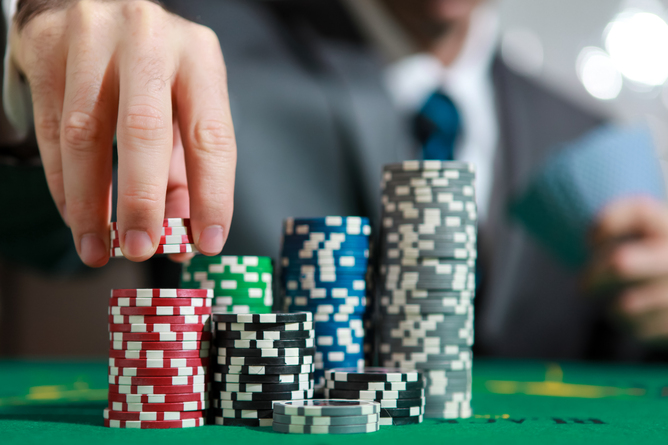 Hand with poker or roulette chips

Would you take a gamble with these odds? Image by Kraevski Vitaly Shutterstock

There is less than 1 chance in 100,000 that global average temperature over the past 60 years would have been as high without human-caused greenhouse gas emissions, our new research shows.

Our work extends existing approaches undertaken internationally to detect climate change and attribute it to human or natural causes. The 2013 Intergovernmental Panel on Climate Change Fifth Assessment Report provided an expert consensus that:

It is extremely likely [defined as 95-100% certainty] that more than half of the observed increase in global average surface temperature from 1951 to 2010 was caused by the anthropogenic [human-caused] increase in greenhouse gas concentrations and other anthropogenic forcings together.

This means that anyone born after February 1985 has not lived a single month where the global temperature was below the long-term average for that month.

We developed a statistical model that related global temperature to various well-known drivers of temperature variation, including El Niño, solar radiation, volcanic aerosols and greenhouse gas concentrations. We tested it to make sure it worked on the historical record and then re-ran it with and without the human influence of greenhouse gas emissions.

Our analysis showed that the probability of getting the same run of warmer-than-average months without the human influence was less than 1 chance in 100,000.

We do not use physical models of Earth’s climate, but observational data and rigorous statistical analysis, which has the advantage that it provides independent validation of the results.

Our research team also explored the chance of relatively short periods of declining global temperature. We found that rather than being an indicator that global warming is not occurring, the observed number of cooling periods in the past 60 years strongly reinforces the case for human influence.

Our analysis showed that in the absence of human-caused greenhouse gas emissions, there would have been more than twice as many periods of short-term cooling than are found in the observed data.

There was less than 1 chance in 100,000 of observing 11 or fewer such events without the effects of human greenhouse gas emissions.

Good risk management is all about identifying the most likely causes of a problem, and then acting to reduce those risks. Some of the projected impacts of climate change can be avoided, reduced or delayed by effective reduction in global net greenhouse gas emissions and by effective adaptation to the changing climate.

Ignoring the problem is no longer an option. If we are thinking about action to respond to climate change or doing nothing, with a probability exceeding 99.999% that the warming we are seeing is human-induced, we certainly shouldn’t be taking the chance of doing nothing.

Previous post:
Investigator’s Welcome to Port Celebrations will be later this year
Coming up next:
RV Investigator underway to Hobart!