Five ways CSIRO has your back over summer

Five ways CSIRO has your back over summer

We're helping make your summer better from keeping mozzies at bay to serving up better food and wine. 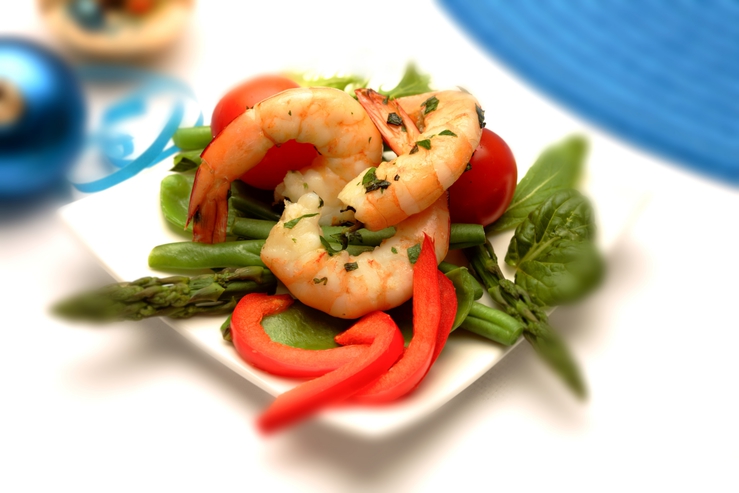 Sustainable prawns and low-fat recipes are just two of these five reasons CSIRO has your back over summer. There are a lot more than five, trust us, we just didn’t want to make you read too much when there’s Christmas fun to be had.

For many of us, the summer holidays are a chance to enjoy some of the sweeter things in life: catching up with loved ones over a bee-bee-cue, going for hikes through our unique Australian bush, kicking it at the beach, eating lavishly, or relaxing in the cool indoors and enjoying a new book. If you’re lucky, maybe it’s even all of the above.

We know to thank Gnowee, the solar goddess, for our glorious summer warmth, but you might not know a few of the ways we’re helping make your summer better. Here goes:

This time of year you can’t leave the house without getting harassed by flies and mosquitoes trying to drink your blood, sweat, and tears (probably). Of course, for anti-fly protection we head straight for the Aerogard. But who do we thank for such miracle spray? Dr Doug Waterhouse, of course – former chief of CSIRO’s entomology (insect) division.

Mosquitoes are actually modified flies, so really there’s only one type of insect to be upset with. Flickr/John Tann

Despite its success in World War 2, it wasn’t until the Queen used the spray during her visit in 1963 that its status as an effective anti-fly agent took off. It soon caught the nose of Mortein, who were ever-so-casually provided the formula by Dr Waterhouse. With Mortein on board it became known as Aerogard and the rest, as they smell, is history. 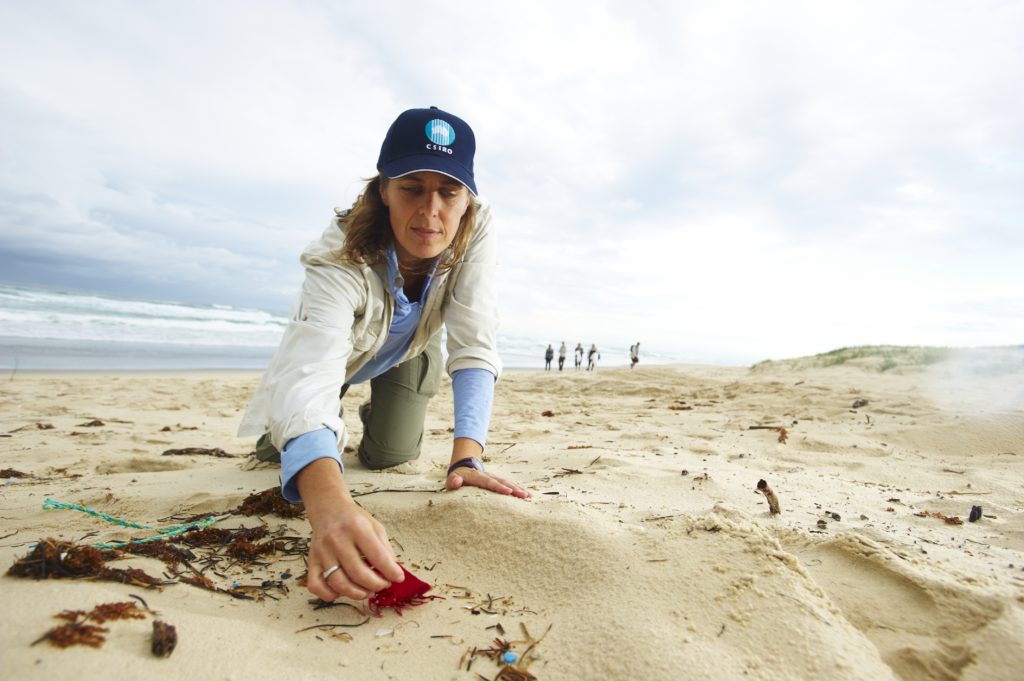 Dr Denise Hardesty cataloguing the stuff that missed the bin.

Can’t stand the summer heat? Then get out of the kitchen and go to the beach. We wish our beaches were pristine oases, but instead, many of them are turning into stretches of refuse.

For three years, Dr Denise Hardesty and a devoted team of scientists and volunteers helped to survey Australia’s entire coastline, cataloguing the types of rubbish in and on the sands. The group found that three-quarters of the waste was plastic, and the majority of that waste didn’t wash up from distant lands, it was ours: Australians’ waste.

With these extensive surveys, we can identify the sources and hotspots of rubbish, and better target the problem. As well as fishing tackle, two major sources of marine debris were littering and illegal dumping. Find out more about our marine debris research. 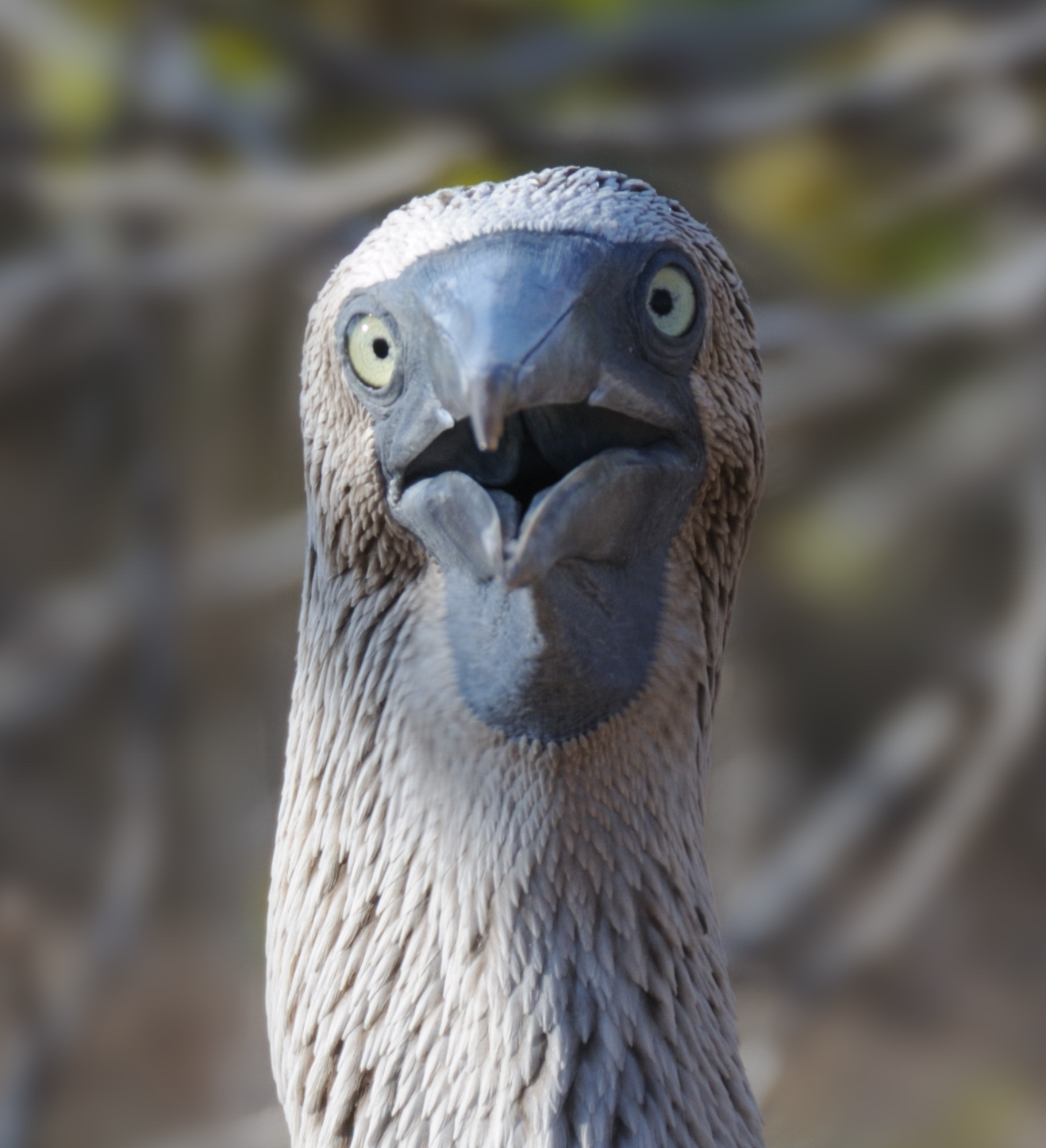 Don’t be a boob, put your rubbish in the bin for Crabst’s sake. Flickr/Scott Ableman

Who could say there was no such thing as a perfect creature when presented with our Perfect Prawns? We teamed up with the prawn industry, put our rostrums together, and came up with a larger and tastier Black Tiger prawn.

We analysed the genes of wild prawns to identify the ideal populations – and then worked out how to breed all our prawns with those best features! Not only are they delicious, but you can eat them with a clear conscience because they are farmed sustainably (half of Australia’s prawns are imported from Asia with varying levels of sustainability). Our Black Tigers are fed with Novacq™, a CSIRO-developed solution made from microorganisms that makes the prawns grow faster, healthier, and without the need to be fed wasteful fish products. Find out more about our Perfect Prawns.

And more recently we’ve been working to make sure there are plenty of prawns on your table this festive season. We’ve developed a tool to quickly and easily detect diseases in prawns. 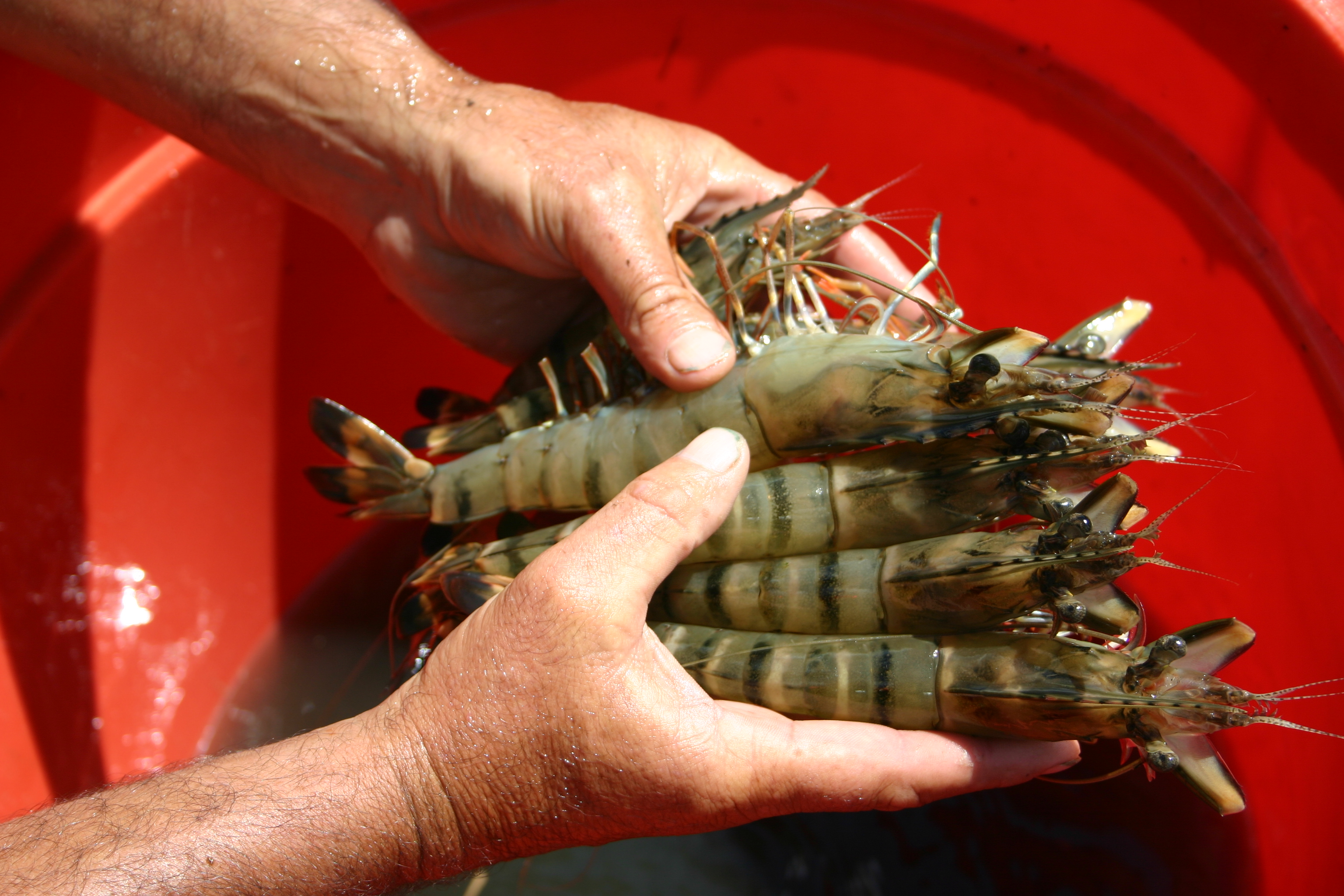 Fun fact (in our opinions): The nervous system and digestive system in crustaceans are flipped, and that’s why you pull their guts out of their spines rather than their bellies. Evolution is wacky like that.

Wine grapes evolved in the Northern Hemisphere where they had plentiful water, cooler climates, and nutrient-rich soils. Australia’s often drought-stricken, scorching, and infertile soils are no place for such thirsty fruits. To help out Australia’s wine industry, we got our hands dirty – with science. 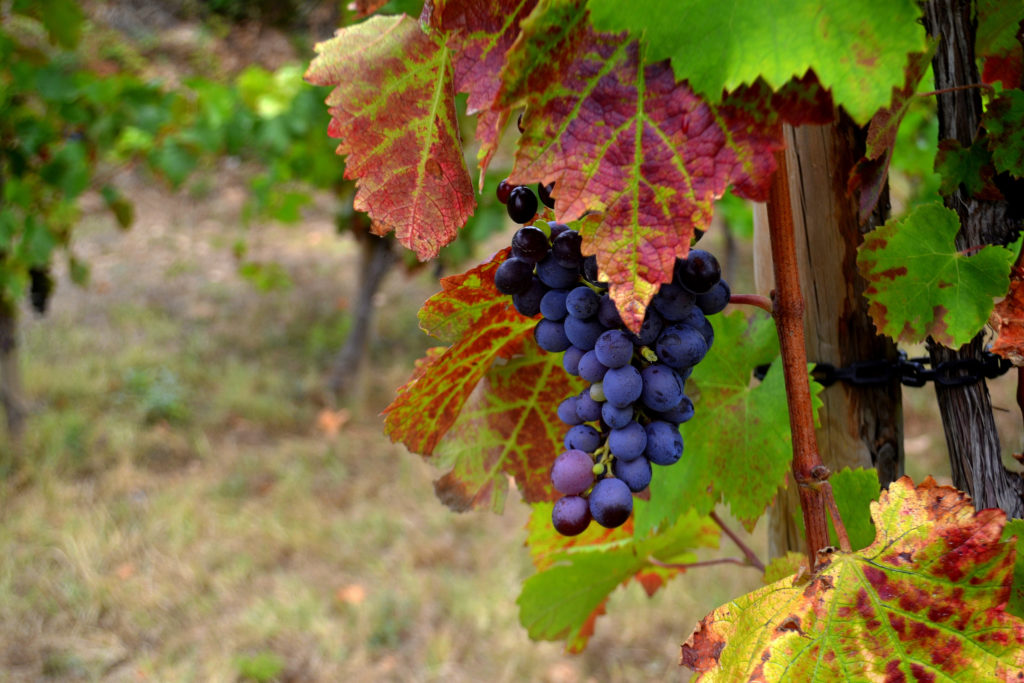 The Catalonian Sumoll, a grape resistant to drought, and one of the varieties incorporated into our hybrids. Flickr/Angela Llop

We used traditional breeding and genetic methods to not only improve the root systems of vines – helping them cope with our soils – but also to foster characteristics for fruit colour, flavour, and aroma.

Apart from improving flavour, we’re also helping our grapevines survive the blights of various mildews. Since grapevine mildews are a distinctively American phenomenon, our vines have not had the chance to evolve any resistance. To fight the blight, our researchers analysed American grapevine varieties that were hardened to the mildews, identified genes for resistance, and then introduced them to the varieties of grapevines used here. Cheers to that!

Keep an eye out for the wines cultivated with our research: Tarrango, Tyrian, Cienna, and Rubienne.

After pining over seafood and vineyard delicacies, we bring you our Total Wellbeing Diet: a worthy adversary to combat holiday kilos. Designed to reduce blood pressure, glucose, and insulin, minimising the chances of cardiovascular diseases, the CSIRO Total Wellbeing Diet is also crafted to please gourmands. 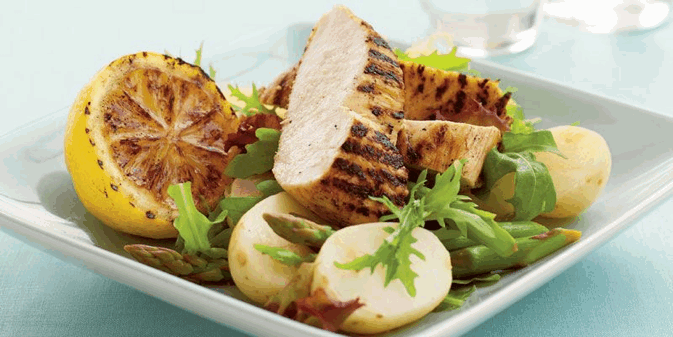 Portuguese chicken salad from the Total Wellbeing Diet. The asparagus is hiding beneath the chicken.

The diet was first published with Penguin in 2005. More recent editions of our wellbeing diet cater to those on a budget and those with no meal preparation time to spare. Now you can do the program online where you can customise meal plans to suit your tastes and lifestyle. 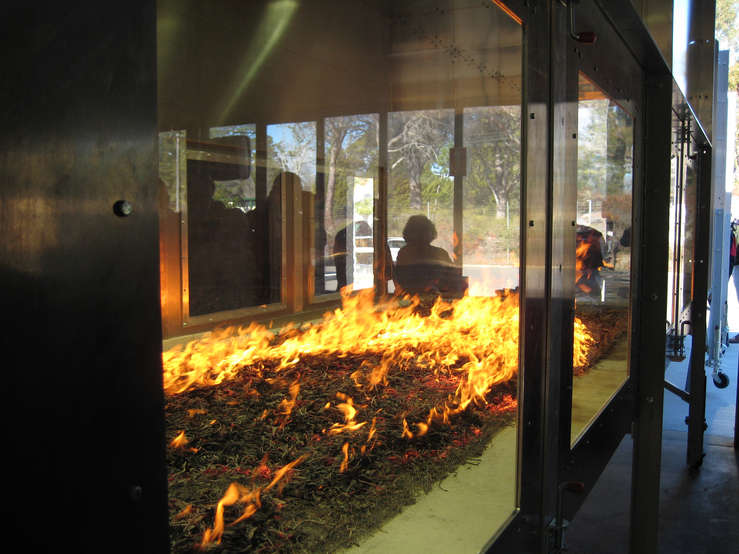 For some Australians, summer is synonymous with bushfires and a constant state of high-alert. And until we can understand them better, bushfires will continue to be a destructive force, especially over summer.

Bushfires are chaotic systems. They can strike almost randomly, and grow and move unpredictably. Before we can predict and control bushfires, we must learn more about them. The best way to do this is through experimentation, but this is difficult precisely because bushfires are so chaotic.

Enter, the Pyrotron, a giant vacuum chamber to tame the bushfire beast. We made the Pyrotron so we can study bushfire movement under controlled conditions, allowing us to understand the fire’s behaviour better, and make more accurate predictions.

You can read more about our very own Decepticon, here.

Or watch this fun, fun, fun clip from the BBC:

Over the next couple of weeks when you’re enjoying the fermented fruits of our labour, there’s no need to thank us, because we love what we do.

Previous post:
The big day is here: RV Investigator’s Welcome to Port
Coming up next:
Explainer: what is raw milk and why is it harmful?