3D print your own solar field

3D print your own solar field

Learn a little more about solar thermal technology - and download and 3D print your own solar field! 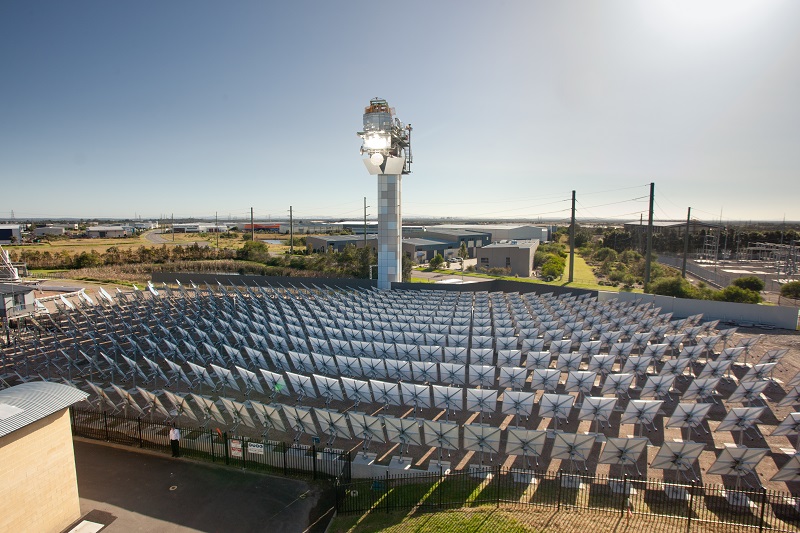 Our solar thermal tower testing facility at our Energy Centre in Newcastle.

When it comes to Australia’s relationship with the sun, it can be a little ‘love-hate’ at times. Sizzling backyard Barbies, detergent down the slip-and-slide, scorched feet on white sand and wide brimmed hats throwing shadows on the cricket pitch. Beautiful.

But in equal measure, cracked earth, broken dreams and cakey catchments where water, produce or futures could have been.  It’s a tough relationship – there’s no denying. But, of late, the balance has shifted as we look differently at the sun – our most inexhaustible resource.

Every day, it provides enough energy to power our modern lifestyles and, in commercial-scale solar deployments, looks set to play a critical role in Australia’s clean energy future.

Viewed in this light, it’s a pretty compelling case for solar deployments in Australia – and in particular, for concentrating solar thermal (CST) power plants. These plants use mirrors to concentrate sunlight between 50 and 1000 times its normal strength.  The concentrated solar radiation is then captured as thermal energy in a working (or heat transfer) fluid, usually a gas or liquid, heated to a high temperature.

Today,  the Australian Solar Thermal Research Initiative (ASTRI), of which CSIRO is the lead partner, provided a glimpse into what that solar future looks like with the release of a 3D printable model of its 25 MW** Concentrating Solar Thermal reference power plant. 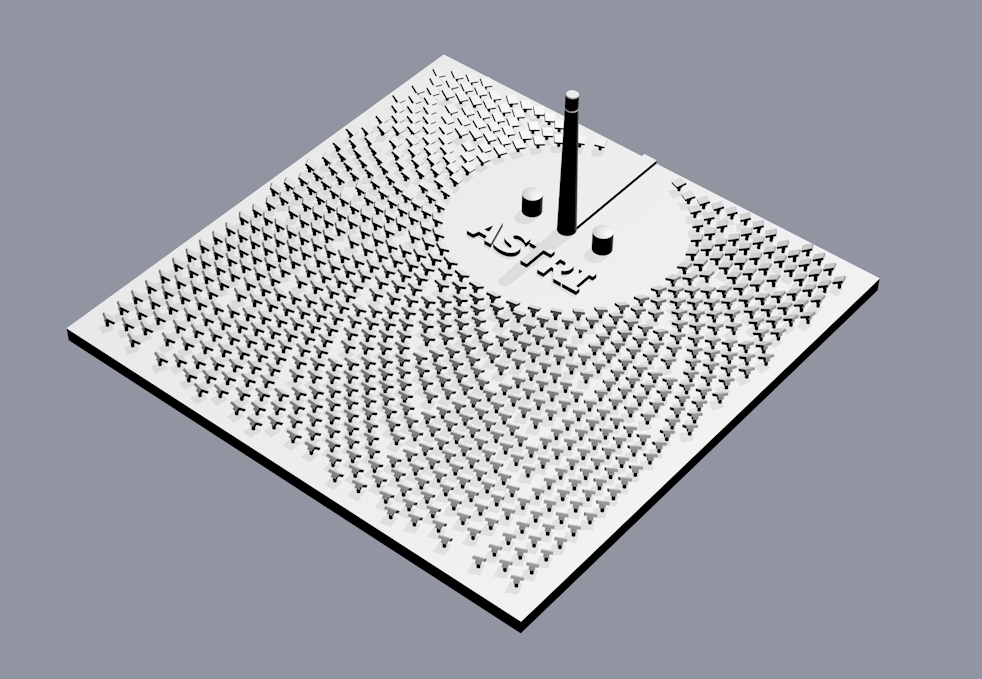 A computer generated image of the ASTRI 3D model

Cool much? The desktop model, a first of its kind, is an education tool that allows Australians to get ‘hands on’ with the benefits, value and opportunity that CST technology deployments present for Australia.

Director of ASTRI, Dr Manuel Blanco said of the model release: “As the debate heats up around the best path forward for Australia’s renewable energy future, it’s the storage component of CST technology that will revolutionise the way we deploy solar power.

“This model brings that component to life, showing how the storage tanks are positioned in conjunction with the solar tower and heliostat array to capture and dispatch energy, even when the sun isn’t shining.”

A 19 x 19 centimetre model, the printable plant details the layout and positioning of more than 140 of the 6,377 heliostats (large mirrors) that make up a complete solar field along with the receiver tower and two molten (hot!) salt storage tanks.

When combined with a detailed field map of the full ASTRI heliostat array (the mirror field), the model illustrates a CST plant that could generate up to 90 GWh of electrical energy per year*** with four hours of storage per day – enough to power more than 12,000 homes each year according to figures from the Australian Energy Regulator****.

You can print your own 3D CST power plant too

Watch our short video of the model’s development from design to 3D print production here.

***Based on figures from ASTRI’s reference site in Alice Springs