As the end of the year fast approaches, we wanted to share one last gift with you: some of the top science stories of 2017.

We’re nearly at the end of another year, but before we switch off the lights in the office and kick into holiday mode we wanted to share one last gift with you, our fellow science-loving friends. What better way to wind down to the festive season than by marvelling at all of the amazing science achievements of 2017.

A spider was sorted 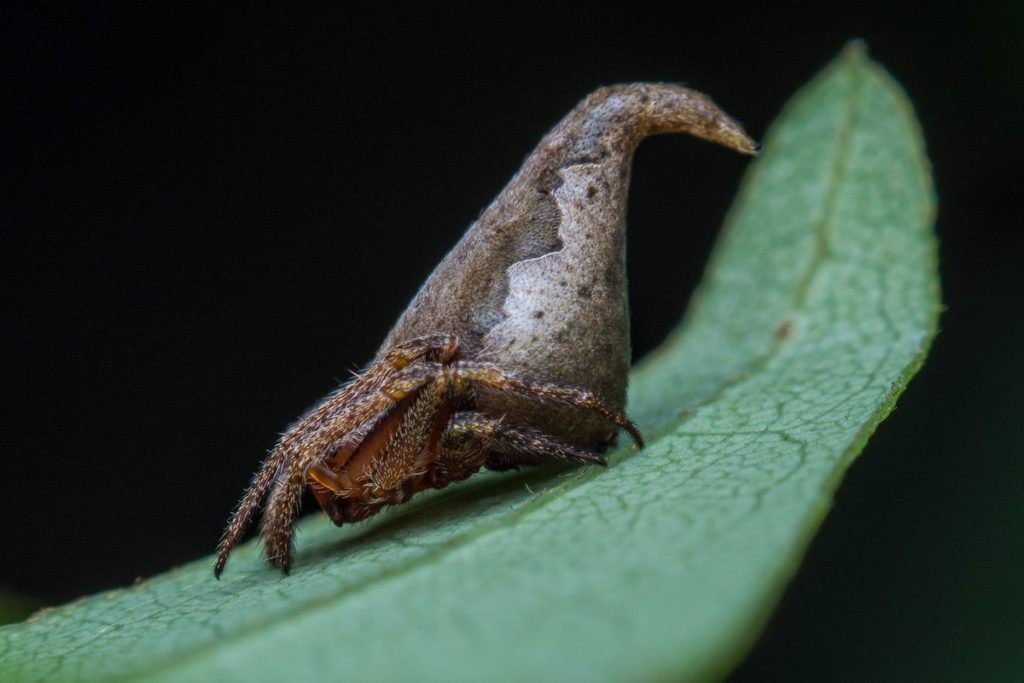 Sorting through all the amazing science stories of 2017 and having to focus on just a handful gave us a newfound respect for the Sorting Hat from the Harry Potter series. Evidently, a group of researchers in India are also huge fans of this marvellous piece of millinery: after discovering an adorable arachnid they named it Eriovixia gryffindori in honour of the sorting hat’s original owner.

A lamb was born

Lambs developed for up to four weeks. Credit: Children’s Hospital of Philadelphia

Being born extremely prematurely is the most common cause of death in babiesThis year doctors at the Children’s Hospital of Philadelphia in Pennsylvania have made a significant breakthrough: they have kept extremely premature lambs alive in an artificial uterus for four weeks. In place of a placenta the team connected oxygenator devices to the lamb’s umbilical cord and used the animal’s own heartbeat to drive the collection of oxygen from the device. Currently ventilators are used for preemies, which carries the risk of lung damage.

Some of the lambs were ‘born’ and have been hand-reared for over a year now without any health issues. The doctors are now working with the US Food and Drug Administration to develop a version of the device for extremely premature human infants, around 24 weeks, so the bubs can continue to develop until around 28 weeks where their odds of survival are much higher.

We saw that ice has a shelf life

In June this year, a trillion-tonne, 5800 sq km iceberg broke off the Antarctic ice shelf. Larsen C, a floating platform of glacial ice on the east side of the Antarctic Peninsula, is the fourth largest ice shelf ringing Earth’s southernmost continent. As the iceberg was already floating before it broke away there is no immediate impact on sea levels. However, when floating ice shelves disintegrate, they reduce the resistance to glacial flow and so allow the grounded glaciers they were buttressing to significantly dump more ice into the ocean, raising sea levels.

The Antarctic Peninsula has been one of the fastest warming places on the planet throughout the latter half of the 20th century.

Quantum leaps were made to stop snoops 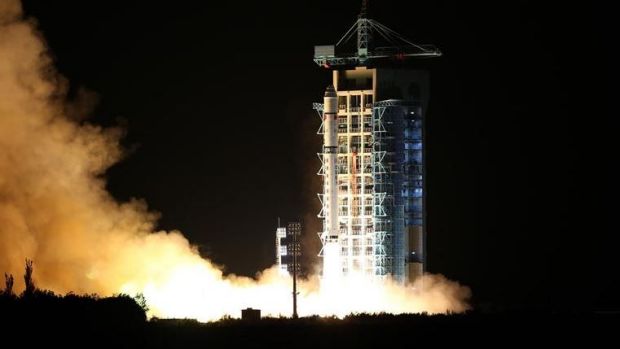 OK so this story didn’t get a significant run in media, probably because quantum physics itself is such a mind-bending concept, but this year researchers have been making and breaking quantum communication and cryptography records like nothing else mattered.  Why should we care? Because quantum math proves that any snoops trying to intercept messages would give themselves away, resulting in unconditional security.

In September, the first intercontinental quantum-secured video call was made between Austria and China. This was possible thanks to the first quantum communications satellite Micius, launched by Chinese researchers in 2016 to help solve one of the biggest challenges for long-distance quantum communication: air. Quantum particles are fragile and easily pushed about by particles in the air. The further the quantum particles travel, the more they bump into other particles and are muddled or pushed off-course. By sending the quantum particles from a satellite, they don’t have to travel through so much air and so can go much further.

We said goodbye to an old space-travelling friend 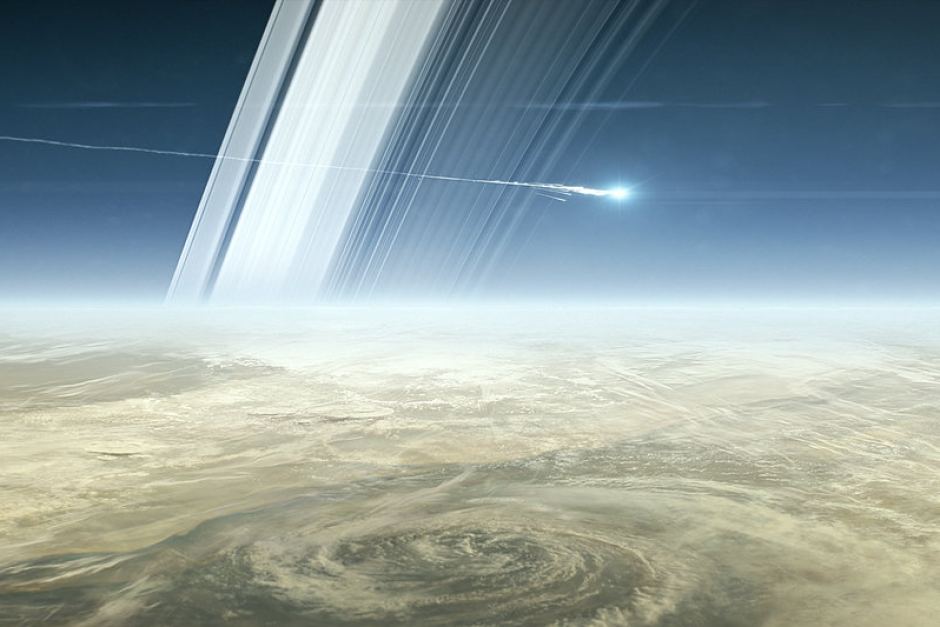 On the night of 15 September our scientists at the Canberra Deep Space Network station received the final signals from Cassini – a probe that has spent 13 years exploring Saturn and its many rings and moons. The Cassini probe was launched in 1997 and has provided thousands of packets of information ever since. To put this in perspective, consider how many computers you’ve owned in that time. After a couple of years most of them start to malfunction and need a bit of tinkering and many of them just plain stop working. The instruments on Cassini have worked without fail, over a billion kilometres away, for two decades. Let that sink in.

Even though it was still working perfectly, Cassini was running dangerously low on fuel. To avoid crashing into one of Saturn’s moons and causing contamination, NASA decided the safest option was to direct the probe into Saturn’s atmosphere where it was broken apart within a minute or two. Dutiful until the end, Cassini was sending information about Saturn’s atmosphere right up until it disintegrated. 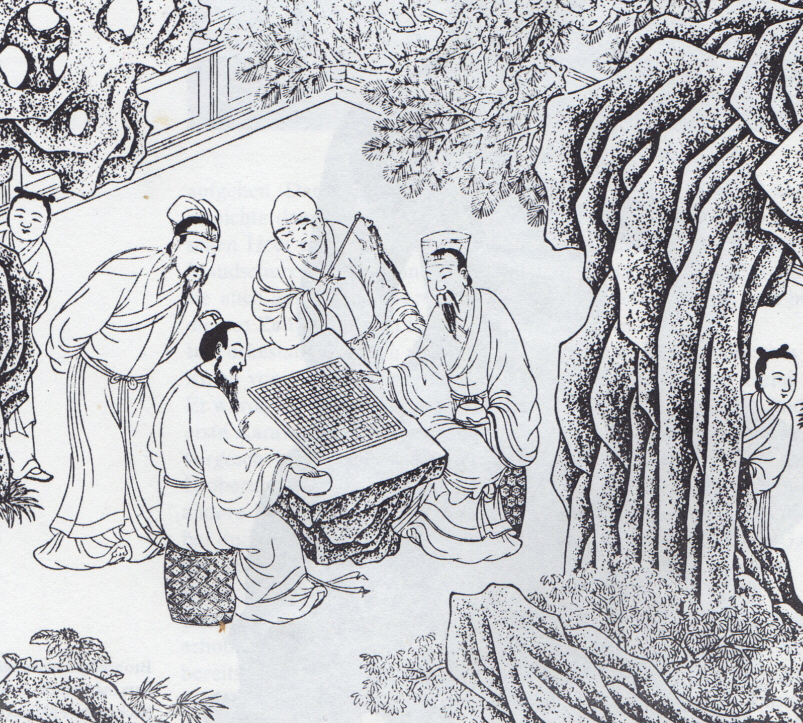 Defeating the world’s best players in Go, a complex and nuanced Chinese board game, has been one of the most talked about challenges in the AI community. Due to the almost intuitive nature of the game, most computer scientists expected AI was decades away from being able to achieve that goal, yet this year Google’s AI subsidiary DeepMind unleashed AlphaGo on the world’s best players which it beat comprehensively. Not content with that result they’ve since released AlphaGo Zero, a new program which is significantly better than the original and completely self-taught.

While being good at a game doesn’t sound important, this means researchers are one step closer to creating general purpose algorithms that can intelligently tackle some of the hardest problems in science.

We learnt that the first Australians were older than we thought 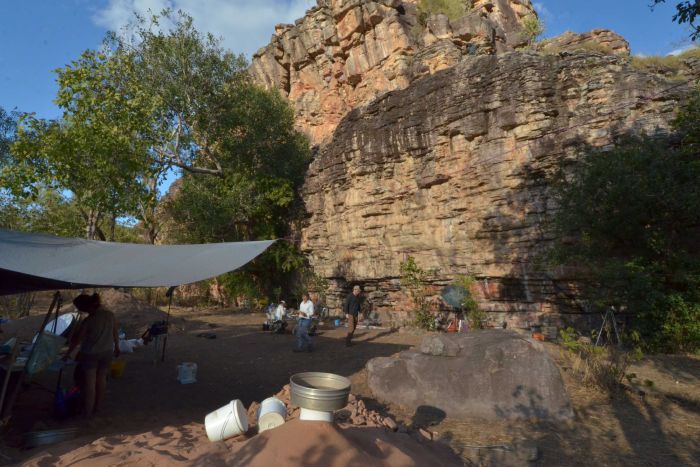 If you asked an archaeologist when the first Australians arrived up until this year they’d say with a degree of confidence 47,000 years ago. But now, thanks to an extensive dig at the Madjedbebe rock shelter in Kakadu in Australia’s Northern Territory, we know first Australians were here at least 65,000 years ago. This year researchers discovered tools and pigments and used both radiocarbon dating and optically stimulated luminescence (OSL) methods to date the artefacts. Among the hundreds of finds, they discovered the world’s oldest known edge-ground hatchets and world’s oldest known use of reflective pigment.

As with most discoveries, it brings up more questions than answers. Up until now we credited the decline of Australian megafauna to the arrival of modern humans however they clearly co-existed for 20,000 years. So what led the mass extinction of megafauna? Same goes with the Homo floresiensis in eastern Indonesia who co-existed with modern humans for 15,000 years. Hopefully more discoveries in the new year will bring us answers.

We met Zuul, destroyer of shins 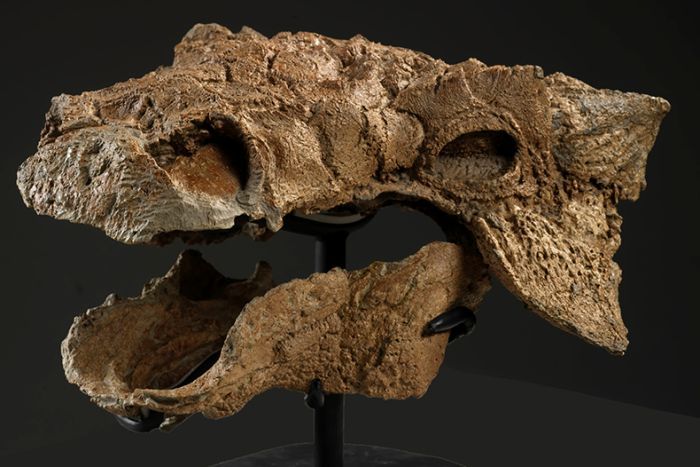 In 1984 Ghostbusters was released and audiences were terrified by a scary horned creature that possessed Sigourney Weaver’s character. Rewind a measly 75 million years and you’ll find an eerily similar looking dinosaur roaming the Earth.

This year scientists unveiled one of the most complete skeletons ever found belonging to the ankylosaur group. It had a short snout, armour on its face and horns behind its eyes. It was about the size of a rhinoceros and had a three metre long tail with a bony club and sharp spikes. It’s believed the tail was used as a defence tool, hitting the legs of predators. Because scientists are awesome they named the species Zuul crurivastator which translates to Zuul, destroyer of shins.

We saw what happens when (neutron) stars collide 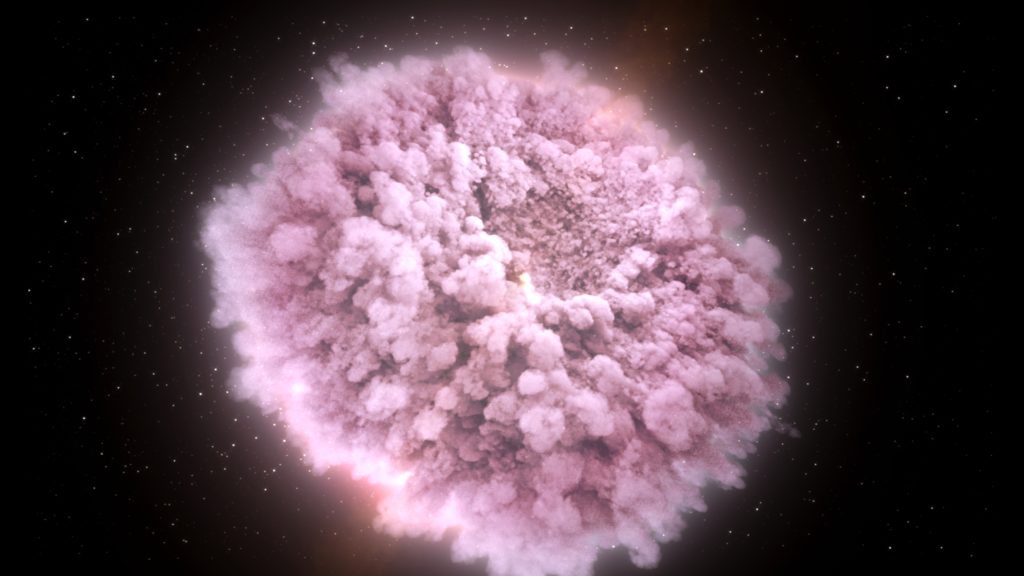 We’re finishing this list on a high with one of the most extraordinary scientific events, not only of the year, but in half a century. The detection of gravitational waves generated by collapsing neutron stars shed light on many aspects of astrophysics. It helped us better understand the origins of cosmic explosions (aka gamma-ray bursts) and of some heavy elements in the universe, such as gold.

Neutron stars are balls of neutrons, about the size of a city but weighing in at about 1.4 times the mass of our Sun. On 17 August, detectors registered a slowly rising that lasted for a minute and finished with a sharp crescendo.

Within 30 minutes alerts went out to telescopes around the world. Everyone dropped what they were doing and searched the skies and before long a bright new object was found. Within a few days it flittered away.

“The event is a treasure trove of astrophysics. From one faint gravitational sound, a momentary burst of gamma rays and the faint fading glow of exploding nuclear matter, we have the first direct measurement of the distance of galaxies. This is because gravitational wave signals directly encode distance. And suddenly we know how gamma ray bursts are created. And suddenly we know that all our gold, our rings and treasures, was probably created in neutron star collisions,” said David Blair from the Australian International Gravitational Research Centre.

Love science? So do we!

Subscribe to our blog and keep up to date with science news.

Previous post:
Fantastic finds and where Investigator found them in 2017
Coming up next:
Five reasons flies are awesome (despite being really annoying)