Did you know that there's a 'world cup' of student science and engineering comps? 1700 high school students from 78 countries compete for around $4 million in scholarships and prizes at the Intel International Science and Engineering Fair. Find out how we helped five students, and one kangaroo, get there. 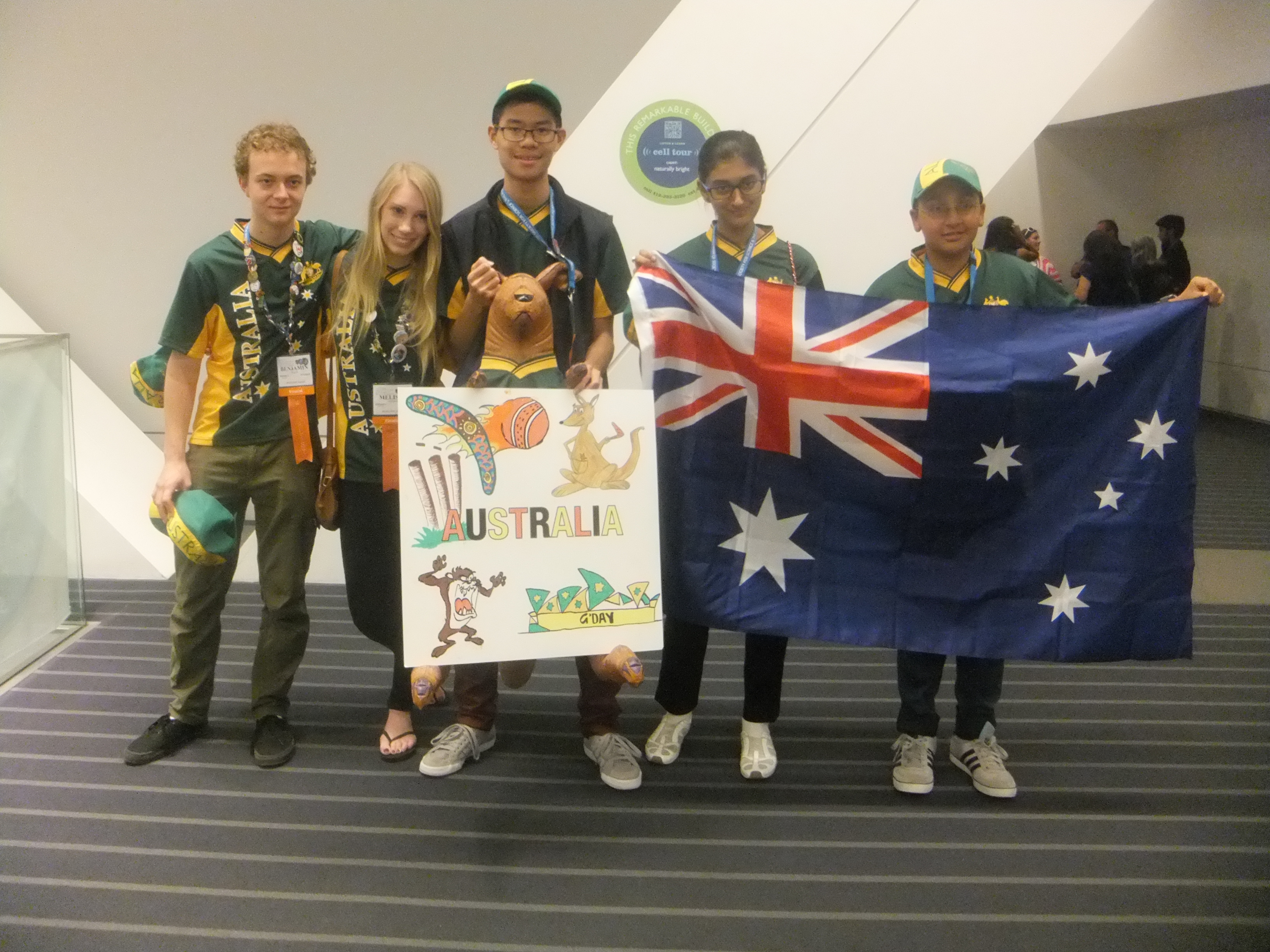 Winning students with their kangaroo mascot

Our five winners, and Kevin the Kangaroo

Almost 1700 high school students from 78 countries competed for around $4 million in scholarships and prizes and the Aussies did us proud!

Some of them aren’t yet old enough to drive, but they’re trying to change the world through science, engineering and maths, working on projects so advanced that global research institutes (including CSIRO) are tackling the same issues. It’s not easy to get a spot at this event – almost 7 million high school students from around the world participate in local science contests for a chance to attend the event, held in Pennsylvania this year from 10-15 May.

Dhruv Verma from Scotch College in Victoria was one of the Aussie students who made it.

Dhruv won the engineering category of the BHP Billiton Science and Engineering awards, with a smartphone app to help the elderly live independently in their own homes.

This invention earned Dhruv the opportunity to attend the international competition.

“I was happy and excited to win the BHP Billiton Science and Engineering Awards. It has given me the opportunity to participate in Intel ISEF and validated that my app is solving a real world problem in the global community,” Dhruv said.

He was also one of 20 students honoured with the chance to ask a question to a panel of Nobel laureates at the event.

Somya Mehra from Balwyn High School in Victoria earned her place at Intel ISEF for developing a microbial fuel cell that creates both bioenergy and bioethanol from the same substrate.

She says it was exciting to meet so many other young scientists from around the globe.

“The girl next to my booth was from Saudi Arabia, opposite me was a girl from Brazil, and a couple of rows down, a team from Uruguay. We couldn’t always speak the same language, but we could still share our ideas and our passion for science, technology, engineering and maths.” 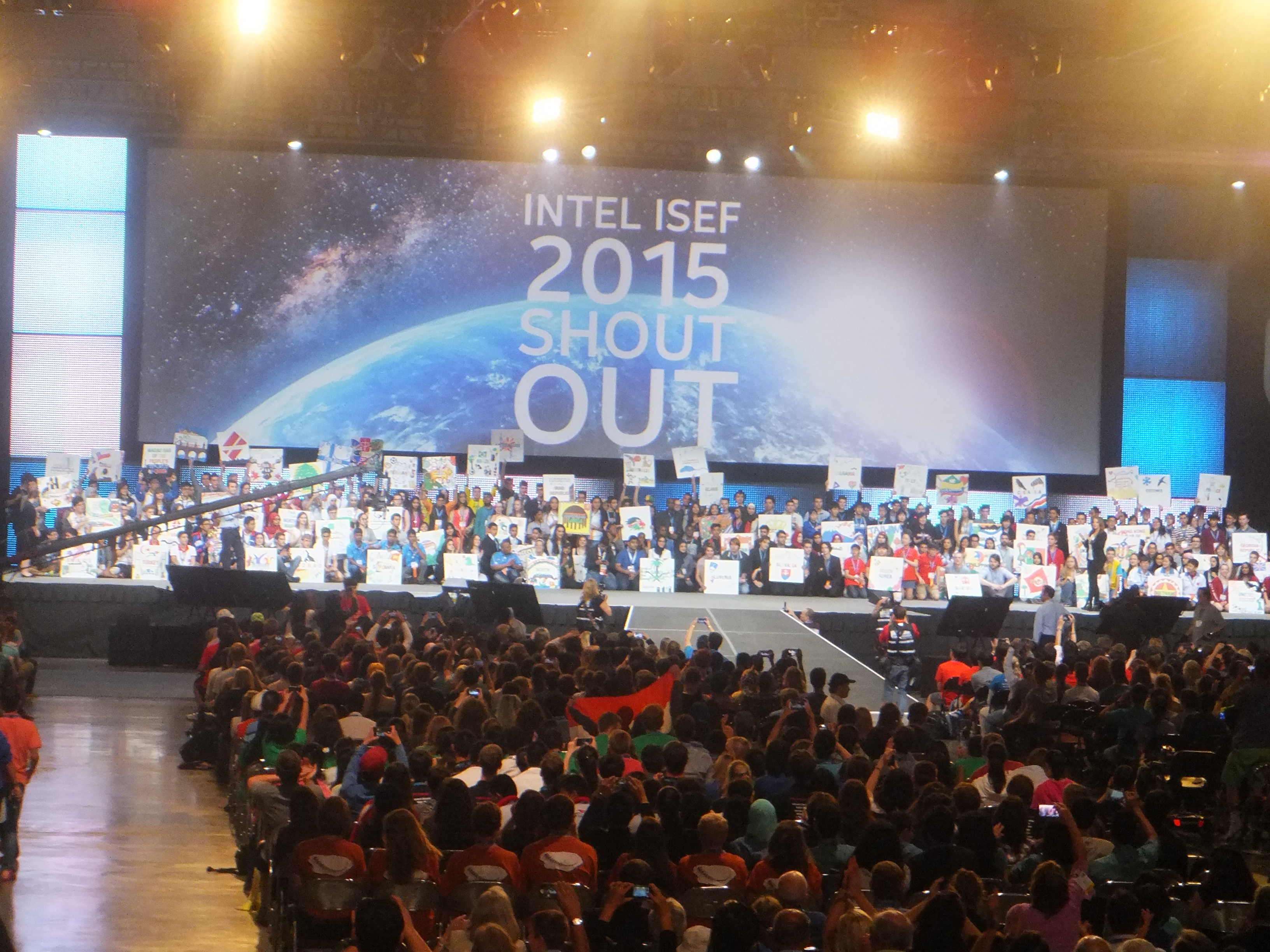 It was a very international stage.

The BHP Billiton Science and Engineering Awards is one of the few  Australian competitions that gives students and teachers the opportunity  to attend Intel ISEF.

You can enter the BHP Billiton Science and Engineering Awards by participating in a state-based science teacher association contest or CSIRO’s CREST Awards.

The BHP Billiton Science and Engineering Awards – a partnership between BHP Billiton, CSIRO and the Australian Science Teachers Association – are Australia’s most prestigious school science awards.

The Intel Foundation is also a supporter of the awards and gives financial assistance for some winning Australian students to attend Intel ISEF each year.

You can read more about the BHP Billiton Science and Engineering Awards, and get together your entry for 2016, over on their website.

Previous post:
How do your eating habits measure up?
Coming up next:
Taking remote control of your electricity