Why are flies so easily able to evade our attempts to swat them?

Summer in Australia is defined by sport, but the most-played sport isn’t cricket or tennis – it’s fly swatting. Have you ever tried to swat a fly? You can swipe, slap, slash or swoosh your hands at these sometimes-annoying backyard pests and almost always miss.

Fly swatting is as challenging a sport you’ll face this summer, but why is it so hard to squish these little beasts?

An annoyance or health risk?

There are thousands of species of fly in Australia. The vast majority pose little pest or public health threat to people.

Flies actually play an important role in our local environment as food for predators like frogs and birds, nutrient recyclers in native forests or gardens, and biological control agents for other insect pests.

Some of the peskiest flies are some of the most effective pollinators. Blowflies can carry double the amount of pollen of a honeybee and could become the new golden child of Australian agriculture. For these reasons we shouldn’t reach straight for the insect sprays to kill them off. 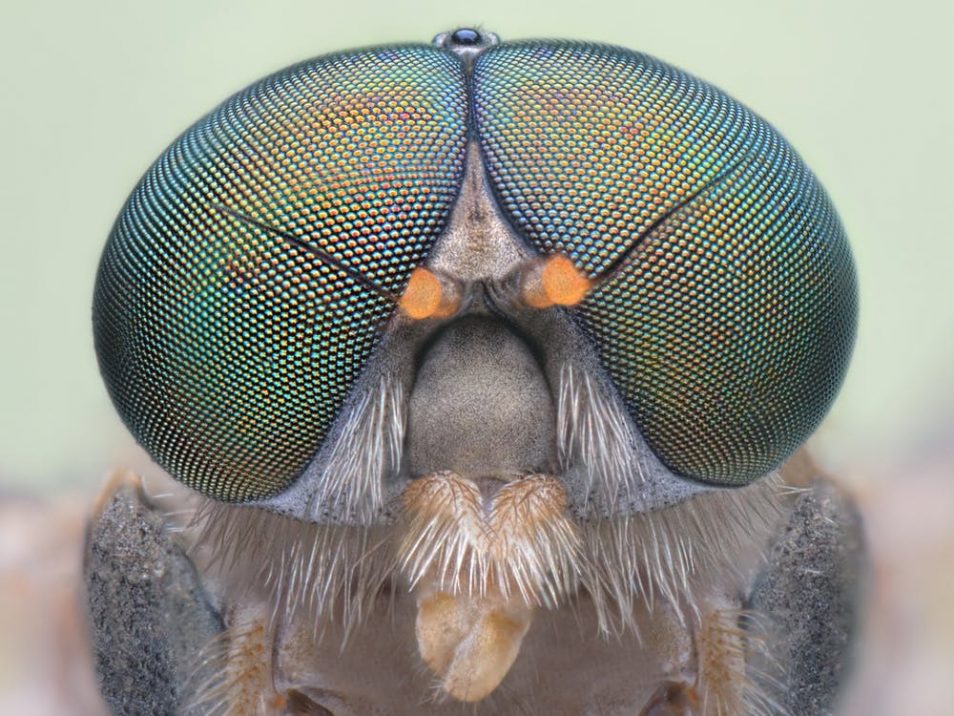 Flies have up to 6,000 mini lenses in each eye. from www.shutterstock.com

Flies have up to 6,000 mini lenses in each eye. from www.shutterstock.com

Maggots could also be beneficial for human health through the treatment of infected wounds where traditional therapies fail. They could perhaps even be a future food source!

Unfortunately, some flies are also a problem. The bloodsucking flies (such as biting midges, black flies, and horse flies) can be a serious nuisance to holiday-goers and livestock. Mosquitoes, which are actually a kind of fly, can transmit disease-causing pathogens such as malaria, dengue and Ross River virus.

But it’s the humble housefly that’s probably one of the most-maligned pests around the home. They don’t bite but can be a persistent annoyance. Unlike the bloodsucking insects that transmit pathogens as they inject infected saliva as they bite, houseflies have been implicated in spreading hitchhiking pathogens from our garbage to our food preparation areas on their bodies.

Ever tried to swat a particularly evasive fly? It often seems they’re blessed with some kind of superpower given the ease at which they sidestep our slapping efforts.

The secret to this impressive evasiveness isn’t some kind of mind-reading trick of the fly. It’s their superior vision. Flies have up to 6,000 ommatidia, or mini lenses, in each eye and can see us approach in “slow motion”. They may not have the highest resolution vision, but they’ve got some of the “fastest” vision on earth – giving them the time to quickly react and escape.

To the naked eye, as we prepare to swat, the fly may not seem to do anything particularly special. But scientists have employed super slow-motion video cameras to track the split-second movement of flies.

When a fly spots a predator, or person waving their arms about, it freezes, repositions itself, and commences a choreographed dance, perfectly co-ordinating its legs and wings to lift and buzz off in the opposite direction to the incoming threat.

Flies can do this so quickly that our eyes can’t even follow their pre-flight manoeuvring or predict the path of their elegant escape. A split-second to us could be lifesaving for a fly. 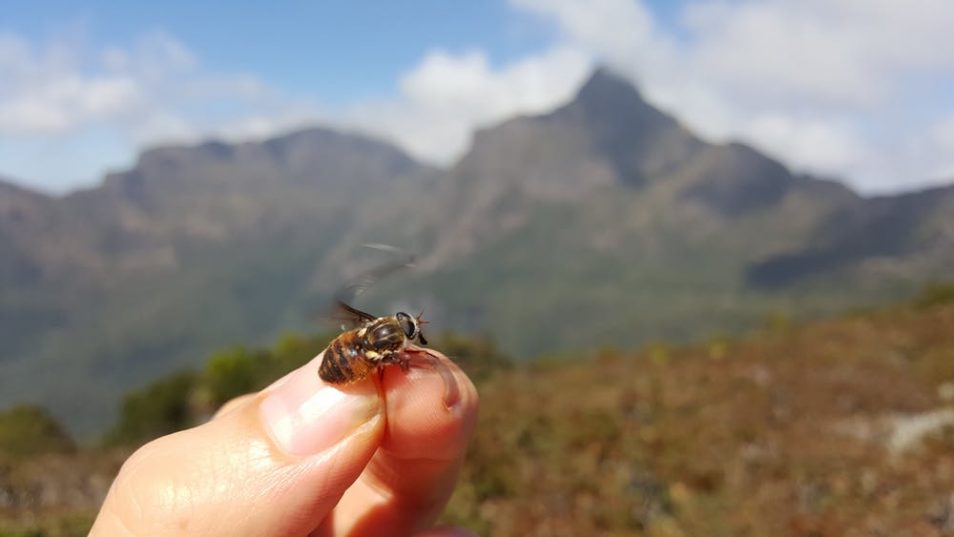 A fly about to take off. Mt Anne Scaptia jacksonii, Author provided

A fly about to take off. Mt Anne Scaptia jacksonii, Author provided

A few options for fewer flies

If flies are a persistent problem in and around your home there are a few options for relief. Screening windows and doors will assist in keeping them outside. Reducing opportunities for them to breed is important too, so keep the backyard clean and tidy. Locate composting areas as far away from your house as possible. Reduce the amount of waste (both garbage and pet droppings) around the backyard and keep garbage bins covered.

Native carnivorous plants like sundews, bladderworts and pitcher plants could also be a trendy addition to your garden to help keep the unwanted fly population down.

A range of insecticides are available but remember they’ll be harmful to other insects too. As with many other urban insect pests, including bed bugs and head lice, resistance to commonly used insects sprays has been recorded in houseflies – so where you can avoid using these products, the better.

You could try a technology more than 100 years old: the fly swat. But, in reality, you may as well give up now. Flies have spent millions of years perfecting the sweet escape and too easily avoid our sluggish attempts at swatting.