Will robots ResQu our rainforests from weeds?

Will robots ResQu our rainforests from weeds?

Want to go for a walk in a rainforest? Join us!

We push our way past vines tangled around tree limbs in the dark, multilayered forest.  As we walk, we’re aware that we’re the only people in this tranquil environment. But it’s a place that’s home to rare and unique birds like the cassowary, a fantastic collection of fungi, and unusual mammals like the tree kangaroo. We step across clear, freshwater creeks (plus or minus leeches) and we listen to leaves rustle in the canopy as a thunderstorm approaches, rumbling in the distance.

Our rainforests are precious and incredibly biodiverse. For example, the rainforests of Far North Queensland, which include the iconic Daintree, occupy less than 0.2 per cent of Australia’s land mass. Yet they support more than ten percent of its flora, 36 per cent of its mammals and 48 per cent of its birds. Rainforests are confined to small patches clustered mostly in inaccessible, mountainous regions along the tropical coast. It’s important we look after these amazing habitats. Unfortunately, a purple-leafed weed, Miconia calvescens, has escaped from its natural habitat overseas via introduction into Aussie gardens and nurseries (which has since been banned) and has made its way into our World Heritage rainforests.

Purple is a great colour. Don’t get us wrong. But these purple weeds have no place in our rainforests as they compete viciously for space, and squeeze out our native plants. The Miconia menace is taking over the rainforests of Tahiti and other countries. We don’t want that happening here. So we’ve called on an unlikely ally to stop Miconia getting a roothold – robotic technology.

We’ve been participating in a research project, Project ResQu, to trial robot helicopters that could do some of the weed spotting people currently do. Weed spotters work on the ground pushing through dense forest or flying above in manned helicopters, but robots can do the job better and safer. We recently put that to the test. 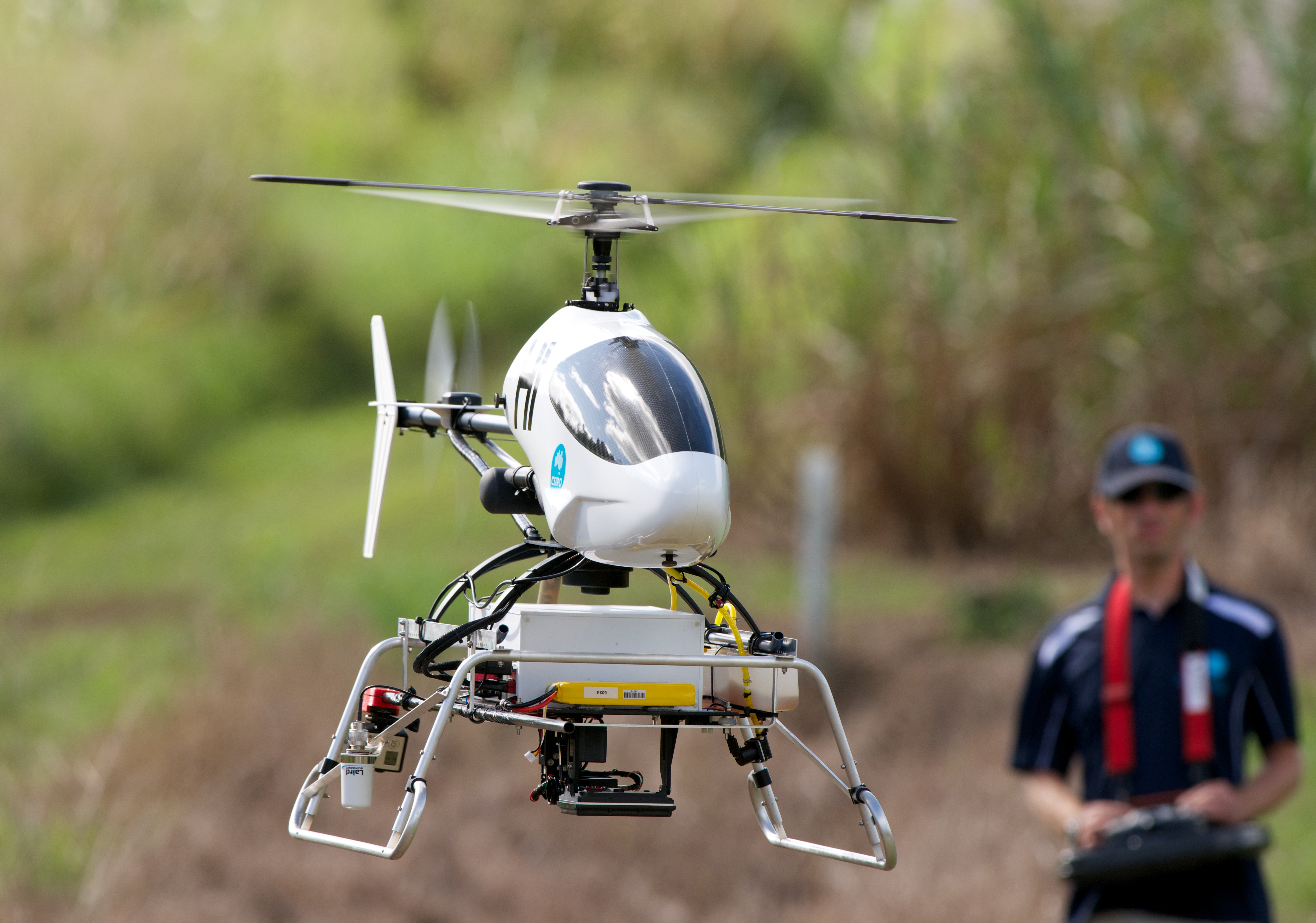 The robots did well. The robot helicopters, fitted with radar and special cameras and given quirky names like ‘Hotel Golf’, found several Miconia infestations missed by other methods of surveillance. Here’s how we did it.

Project ResQu is a two-year, $7M project led by the Australian Research Centre for Aerospace Automation (ARCAA) in a collaborative project between the Queensland University of Technology (QUT), CSIRO, Boeing and Insitu Pacific with the support of the Queensland State Government Department of Science, Information Technology, Innovation and the Arts.

Previous post:
Powering Australia using mirrors in the outback
Coming up next:
Weekend with the stars