Why we need to start categorising marine heatwaves like hurricanes

Why we need to start categorising marine heatwaves like hurricanes

Although marine heatwaves can last many months and extend over thousands of square kilometres, they don’t have a naming convention, like hurricanes do. 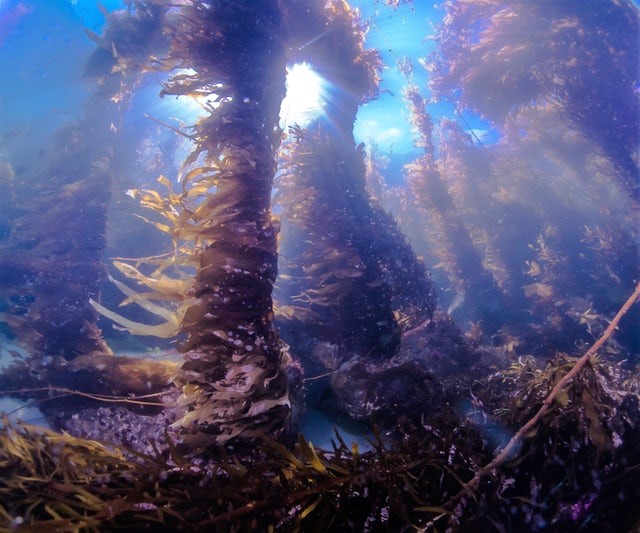 The public discussion of climate change is often loudest in the aftermath of extreme events, especially those that break records or cause mass destruction. No one forgets Hurricane Katrina or Hurricane Ivan. Their names, and the familiar category system used to describe their severity, also serve as an important aid for forecasters to communicate to affected communities.

But marine heatwaves – extreme warm-water events in the ocean that may last many months and extend over thousands of square kilometres – lack any naming or categorising conventions. The most famous marine heatwave, dubbed “The Blob” in the media, began in 2014 and persisted for 711 days in the northeast Pacific Ocean, with local sea temperatures reaching 2.56 degrees Celsius above average. Birds and mammals along an extensive stretch of Pacific coastline died in large numbers. Around the world, other marine heatwaves have caused mass coral bleaching and loss of large underwater habitats, such as kelp forests. Climate change is, unsurprisingly, expected to intensify these events and exacerbate their effects.

The Blob, no doubt a catchy name, helped raised widespread awareness of this marine heatwave. But we can’t call all marine heatwaves “The Blob.” We’ll soon get very confused if this event occurs again, or if other regions of the world call their marine heatwave “The Blob” or even “The Blob II.”

Most of us know that rising ocean temperatures will bring substantial changes to marine ecosystems and to the people dependent on the ocean for their food and livelihoods. Today, considerable attention has been directed to understanding the long-term consequences of anthropogenic climate change in the ocean. For example, there have been many reports of shifting fish species distributions and changes in abundance. In the future, these changes might lead to global fish wars or hurt the value of regional fisheries, as desirable species are replaced by new varieties.

Marine heatwaves are the early warning systems for these longer-term changes. Given the range of biological, economic and political impacts associated with intense marine heatwaves, we need a naming convention and a consistent way to measure the size of these events, as is the case for hurricanes. Naming and categorizing marine heatwave events will help researchers, communicators and the public to better understand change in the ocean. Today, each group of scientists around the world describes marine heatwaves differently, so even comparing different events can prove difficult.

Colleagues from an international working group on marine heatwaves and I have recently proposed a simple naming convention based on geography and year to enhance scientific and public awareness of these marine events. Thus “The Blob” would become the bland “Northeast Pacific 2015 Marine Heatwave,” but it would be obvious when and where it occurred and we can thus distinguish each event around the world, facilitating comparison and communication.

We also developed a categorization scheme that is similar to methods used to describe atmospheric heatwaves and hurricanes. Definitions of Category I, II, III and IV marine heatwaves are based on the level to which water temperatures exceed local averages.

Just as hurricanes increase and decrease in strength, so do marine heatwaves. Use of this scheme helps explain why biological impacts associated with different marine heatwaves can vary widely and provides a consistent way to compare events. We can also do real-time reporting, rather than waiting till the end of an event.

For example, “The Blob” was a Category III marine heatwave, while the Western Australia 2011 marine heatwave reached Category IV but was shorter. We have used this scheme to compare more than 10 major marine heatwaves around the world and to undertake a global analysis to search for unreported events, such as those further offshore.

The Western Australia 2011 Marine Heatwave was more than 4.5 C hotter than average (left) and classified as a Category IV at the center (right). (Hobday et al. 2018)

Using this definition and classification, we discovered a long-term increase in the occurrence of all marine heatwave categories. In particular, Category II events have increased by 24 percent over the past 35 years. If climate change continues to warm the ocean, we may eventually need to add Category V and VI events in the future, in what will be a very warm and uncomfortable world.

But we also need to understand how extreme events are changing. Naming and classifying marine heatwaves is now helping others to compare and contrast events around the world, and research on the topic is increasing rapidly. To help scientists and the public better understand the changes that are happening all around us, we may also need to consider the naming and categorization for other marine extremes that impact marine life, such as upwelling pulses and deoxygenation events.

After all, as Confucius said, “The beginning of wisdom is to call things by their proper name.”

Warm up your oceans knowledge