Where there’s smoke there’s fire: the invention of smoke detectors

Where there’s smoke there’s fire: the invention of smoke detectors

Back in the 70s we helped develop early smoke detection alarms for telephone exchanges, data centres and industrial control rooms around the world.

It’s 1970: The Partridge Family’s I think I love you is tearing up the charts. Bell-bottoms are all the rage, and in just a few years the first Motorola mobile phones and Apple computers will hit the shelves. As computing technology begins its journey of ubiquity into everyday life, the world’s reliance on advanced technologies is reaching all-time highs.

In this brave new world it’s becoming increasingly important to protect rooms full of sensitive mainframe computers, telephone switches and circuitry from fires. As the world becomes more reliant on technology, solutions are urgently being sought to prevent infrastructure disturbances that might lead to debilitating technology outages. 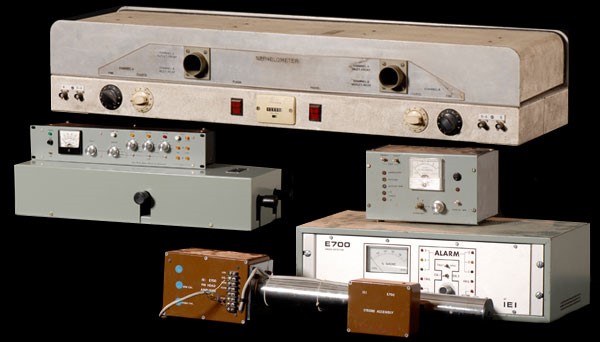 Meanwhile, in the bushland of Western Australia, a team of our researchers, including researcher/pilot David Packham, are investigating forest fires using an aircraft and a sophisticated piece of technology called a nephelometer. Commonly used to detect air pollution, nephelometers use scattered light to measure suspended particulates in sampled air, detecting combustible particles like smoke and even gases at extremely low particle concentrations (to 0.005 per cent) down to molecular size.

Across the country, on a separate mission to thwart Australian infrastructure service interruption, Len Gibson and John Petersen from the Postmaster-General’s Department (PMG) are searching for suitable smoke detecting technologies. Their fire safety investigations lead them to our very own bushfire detection team in Perth. Len Gibson, a pilot like Packham, arranges a secondment to the WA bushfire research group.

Flying with Packham through some of the largest forest fire plumes ever deliberatively lit for research, Gibson has a ‘light bulb moment’ when he witnesses how highly sensitive the nephelometer is to smoke – and immediately sees application in his PMG telecommunication facilities.

Off the back of a fruitless search for commercially available fire prevention technologies for telephone equipment, the PMG team looks to our work with the nephelometer and decide that applying the outdoor technology to this indoor challenge may be just the ticket!

After a number of false starts on the path to commercialisation, in 1978, the collaborative team meets Martin Cole, Managing Director of the Melbourne based electronics company IEI Pty Ltd. The team devise a way of sampling airflows in air-conditioning systems using multi-holed pipes to capture and filter air before testing it for smoke using the nephelometer’s sensitive sampling and detection system. 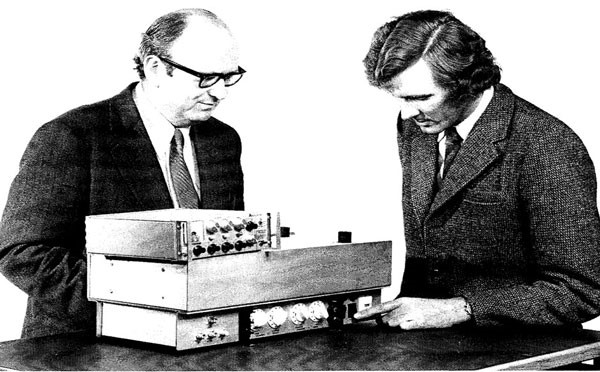 Len Gibson and David Packham with an early version of VESDA.

In the 40-plus years since its development, the technology has been enhanced to incorporate solid-state electronics, laser-light sources and more sophisticated diagnostics systems. Our relationship with this Australian technology is ongoing. The owners of VESDA (Xtralis) remain our customers today and we continue to test their products for compliance to Australian and International standards.

Aspirated smoke detection systems have become the preferred technology for early smoke detection in telephone exchanges, data centres and industrial control rooms around the world. They play a vital role in asset protection and business continuity as well as providing safety protection for workers.

Smoke (no longer) gets in your eyes

Congratulations to all the team members honoured for their achievement with this truly collaborative innovation!

Find out more about our fire testing services