What’s with our attitude? Australians and climate change

What’s with our attitude? Australians and climate change

While most Australians believe climate change is real, many think it won’t impact on their lives - according to our latest Climate Attitudes survey. 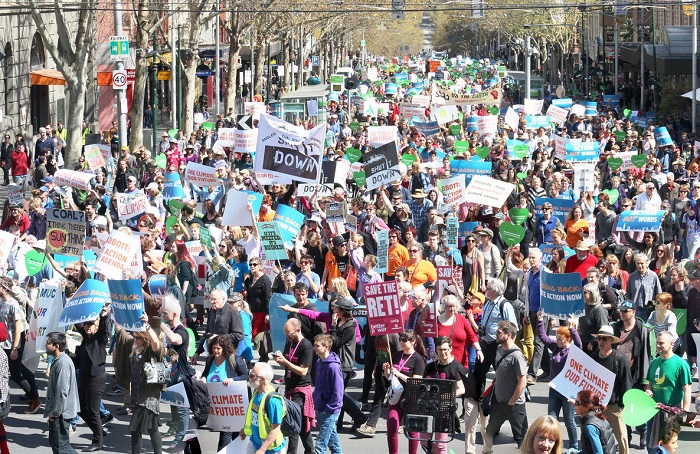 A climate rally in Melbourne.

“There’s a bad flu going around this year… but I’m healthy enough to not have to worry.”

“Speed is the biggest contributor to fatal road accidents… but I’m a good driver and can handle the conditions.”

“Yes, climate change is happening… but it won’t affect me.”

Sound familiar? These statements are what’s known as an ‘optimism bias’ – a cognitive bias that causes people to believe that they are at less risk of experiencing a negative event compared to others.

Optimism bias can apply to any number of situations, and is a common feature of many public surveys. Also known as unrealistic or comparative optimism, it’s a way for survey respondents to let themselves off the hook when it comes to the possibility of negative events affecting their life.

“It could happen, but just not to me”

This has been a common theme from respondents since we started our annual Climate Attitude Surveys in 2010. We’ve just released the major findings from the final survey, providing the most comprehensive long-term view of Australian attitudes to climate change – ever. The surveys took in the views of 17,493 Australians in relation to climate change, and form one of the few studies globally that have tracked the responses of the same sample of people over a period of time. And the optimism bias has been a common theme throughout.

“When we ask about impacts, people tend to think climate change will harm them the least. There’s an expectation that people outside their neighbourhood, and especially those overseas, are going to bear most of the impacts of climate change,” said our lead researcher Dr Zoe Leviston. 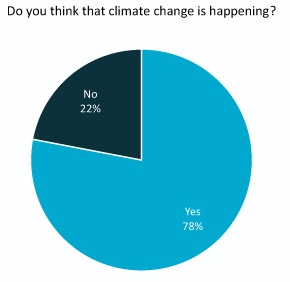 Just under four in five people (78%) indicated they think climate change is happening.

“Our goal was to understand the prevalence of different responses Australians have to climate change, including perceptions and opinions about its causes, and personal and social attitudes directly and indirectly related to climate change,” said Zoe.

A climate of change

The surveys used the same method and core component of questions to benchmark attitudes and track any changes, with some additional or alternative questions included every year to reflect the changes in public debate.

Overall, opinions about climate change remain relatively stable over time when looking at a population level, with most Australians believing that climate change is happening. But, individually, the surveys found people changing their minds more frequently than expected – which may suggest that opinions about causes are not stable ‘beliefs.’

There remains strong support for the uptake of a wide range of initiatives, such as increased investment in renewable energy, to both mitigate and adapt to the potential impacts of climate change.

The report also reflects the ongoing debate on who is responsible for climate change.

“Many people continue to believe that the responsibility for climate change resides with big-polluting countries, multi-national corporations and wealthy countries, even if they don’t think climate change is happening,” Zoe said.

Previous post:
Motor on: how we helped power the World Solar Challenge
Coming up next:
Infinity: swinging into a conversation about energy