Voyages where science never sleeps (bring on the robots!)

Voyages where science never sleeps (bring on the robots!)

After tackling three separate primary projects in a single voyage the Investigator arrives back in Hobart to get ready for the next big trip. 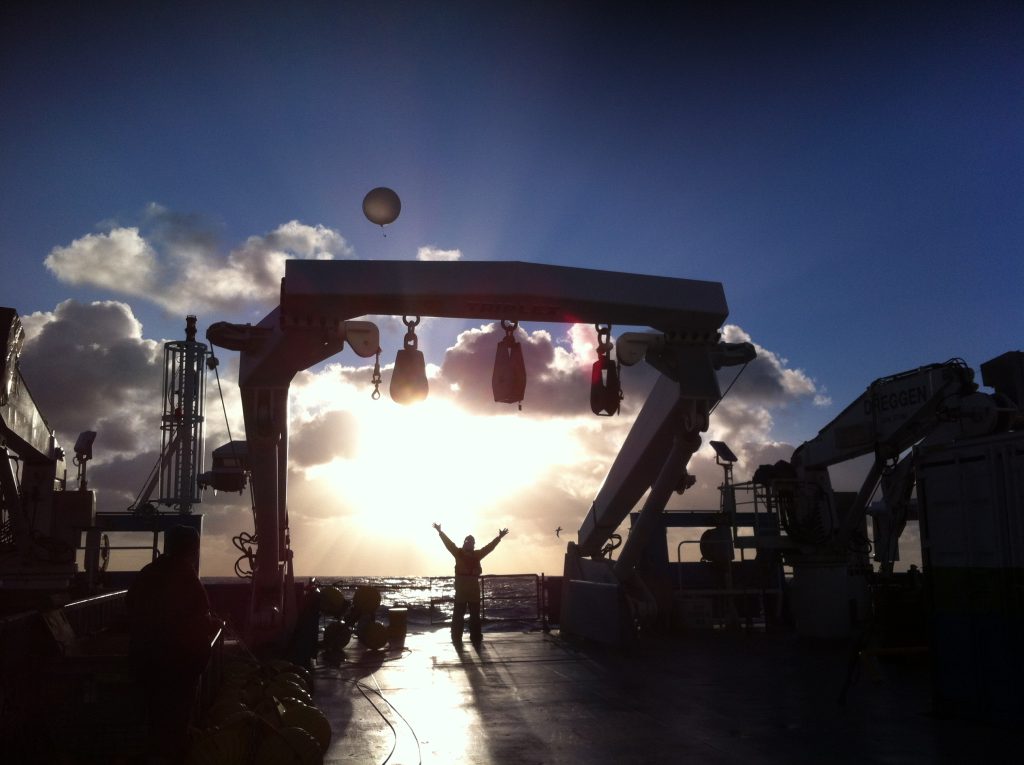 The sun rises on another busy day of science at sea!

Working nine to five? Not on this ship! It’s 24/7 science when you step on board Investigator. The intrepid explorers back from our latest voyage will vouch for that.

Arriving back in Hobart on Saturday, 16 April, Investigator had a busy voyage tackling three separate primary projects. This tested the capabilities of the ship as well as those of researchers and crew. Some tired bodies were spotted coming ashore to meet eagerly waiting family, friends and colleagues. All heroes for the cause, with research on this voyage examining the interactions between ocean and atmosphere, providing data vital to increase our understanding of the Southern Ocean.

On coming ashore, Chief Scientist on board, Professor Tom Trull, said that running the three projects in one voyage had presented challenges but also led to a number of benefits. Top of the list was the spirit of collaboration it encouraged, with many ideas being exchanged and opportunities for multi-disciplinary research explored. The voyage also saw a number of instruments deployed for the first time on Investigator.

The weather at sea had been good, bad and ugly, making work all the more interesting at times. Those on board found a way to get it done. Moorings that collect multi-year data were recovered and deployed to the ocean depths. The atmosphere was probed by balloon, radar and satellite. Southern Ocean eddies were chased, sampled and mapped. 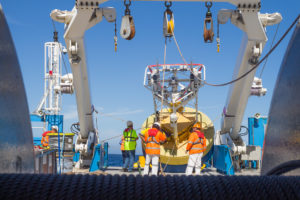 This work was undertaken at all hours of the day and night by several swings of dedicated research teams. Sleep patterns were turned upside down for some but much data was collected and much analysis will now follow.

The voyage lasted 33 days and covered around 3800 nautical miles. For those that know the numbers, the ship encountered sea state 11 and all the weather – rain, snow and shine. While Investigator provides a remarkably smooth ride, many sea legs were still put to the test.

Life on board Investigator isn’t all work and no play. There is time to chat with colleagues and crew, take in the magnificent sights of the open ocean and tackle the challenge of table tennis in a rolling swell.

For those on board, this very clever ship can even become a giant floating classroom.

The voyage included two live link-ups between scientists at sea and students back on dry land. The advanced technology on Investigator lets scientists wander the ship and, using the camera on a tablet, beam video of what’s happening on board straight back to students in Australia. A real-time window into marine research for our future generations of marine scientists!

While those coming ashore can look forward to some down time, for Investigator and the MNF team the end of one voyage signals preparation for the next. In less than a week, a new bunch of researchers will step on board to test their sea legs and take their science to the high seas. 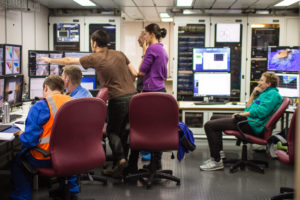 No shortage of data screens in the Ops Room! Image: Gloria Salgado Gispert.

Departing on Wednesday 27 April, the next trip includes a number of legs and takes over two months out of the calendar. Investigator will travel from the ice edge of Antarctica to the warm waters of the equator, and call in for port visits in New Zealand and Fiji. The ship is then due back in Hobart by mid-July.

The primary focus for the next trip includes oceanographic and geoscience research, but the trip also includes a number of supplementary projects. These contribute to maximising the scientific benefit from the days at sea and demonstrate the ship’s capability to support a diverse range of research on board.

Oh, and to help us humans keep pace with all this research there will be robots. Lots of robots. From cold water robots cruising under the Antarctic ice to floating robots diligently studying coral reefs in the tropics. If robots are your thing, we’ve got you covered!

Those aboard the next voyage will experience new adventures and overcome new challenges in their quest to find answers about our world. The next big discovery in marine science may be out there waiting for them. Or their robots.

Get your research on board

Check out the voyage schedule and find out how you can get your research on board Investigator by visiting the MNF website here.

Previous post:
Time to give a sheet about what your car is made of
Coming up next:
Five cool critters that find comfort in the dark