By using decades of vineyard records, scientists have for the first time been able to attribute early ripening of wine grapes to climate warming and declines in soil water content.

The study reveals that management factors has also influenced the shift, offering hope for growers to develop adaptation strategies.

The study was published in Nature Climate Change and was done by scientists from the University of Melbourne and the CSIRO. 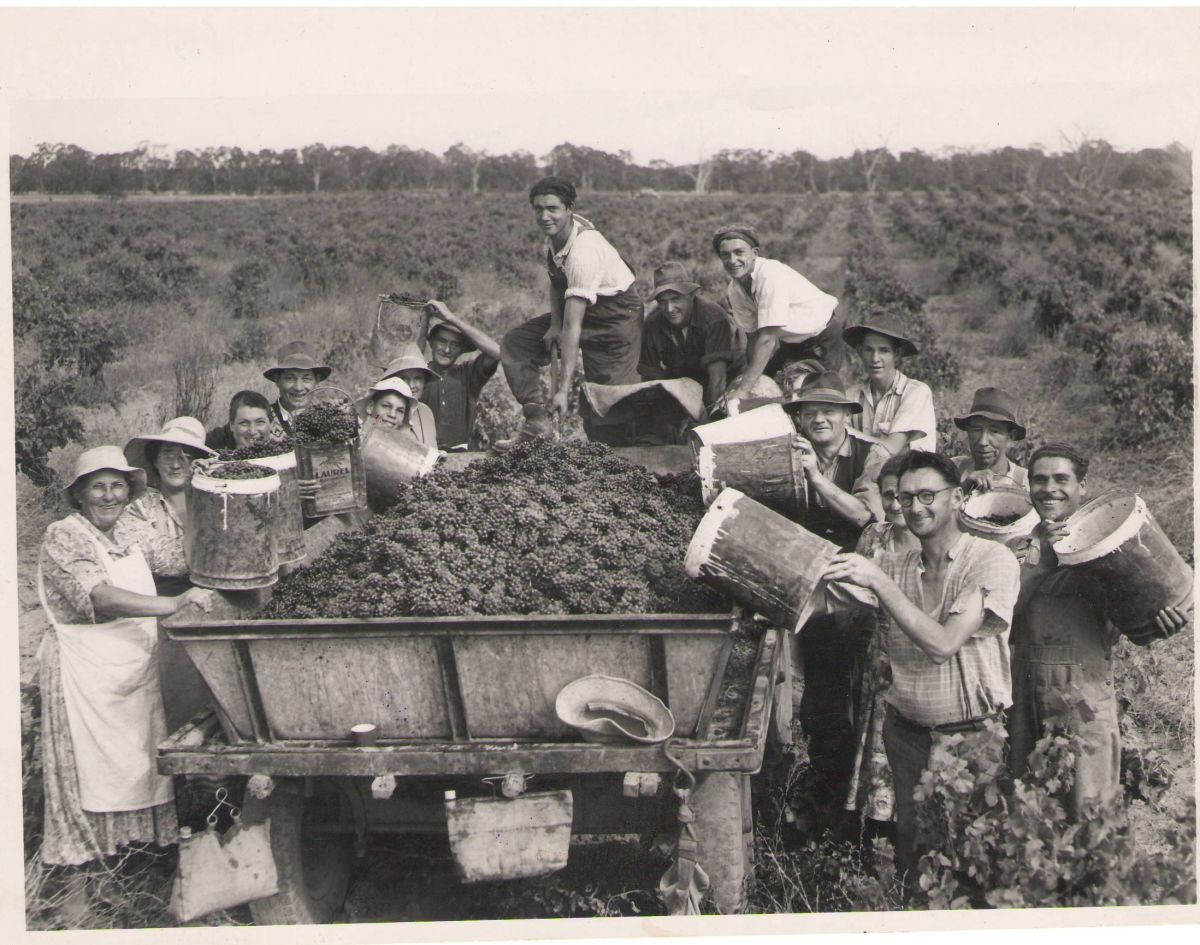 Grape picking at Chateau Tahbilk in Victoria in the 1950s.

Climate scientist and viticulturist Dr Leanne Webb, said while trends towards earlier ripening have been widely reported, a detailed study of the underlying causes of these shifts had not been done before.

“Changes to the timing of biological phenomena such as flowering and emergence of butterflies have been noted on many continents over recent decades,” Dr Webb said.

“In some wine growing regions such as southern Australia, grape maturation dates have advanced about eight days per decade, with earlier maturing potentially impacting wine-grape quality and regional branding.

“This has been a study of potential influences on wine-grape maturity trends on a continental scale. On average, over the period 1985-2009, early ripening of Australian wine grapes are equally attributable to climate warming, declines in soil water content, and lower crop yields. An additional influence from changing management practices is also likely.” 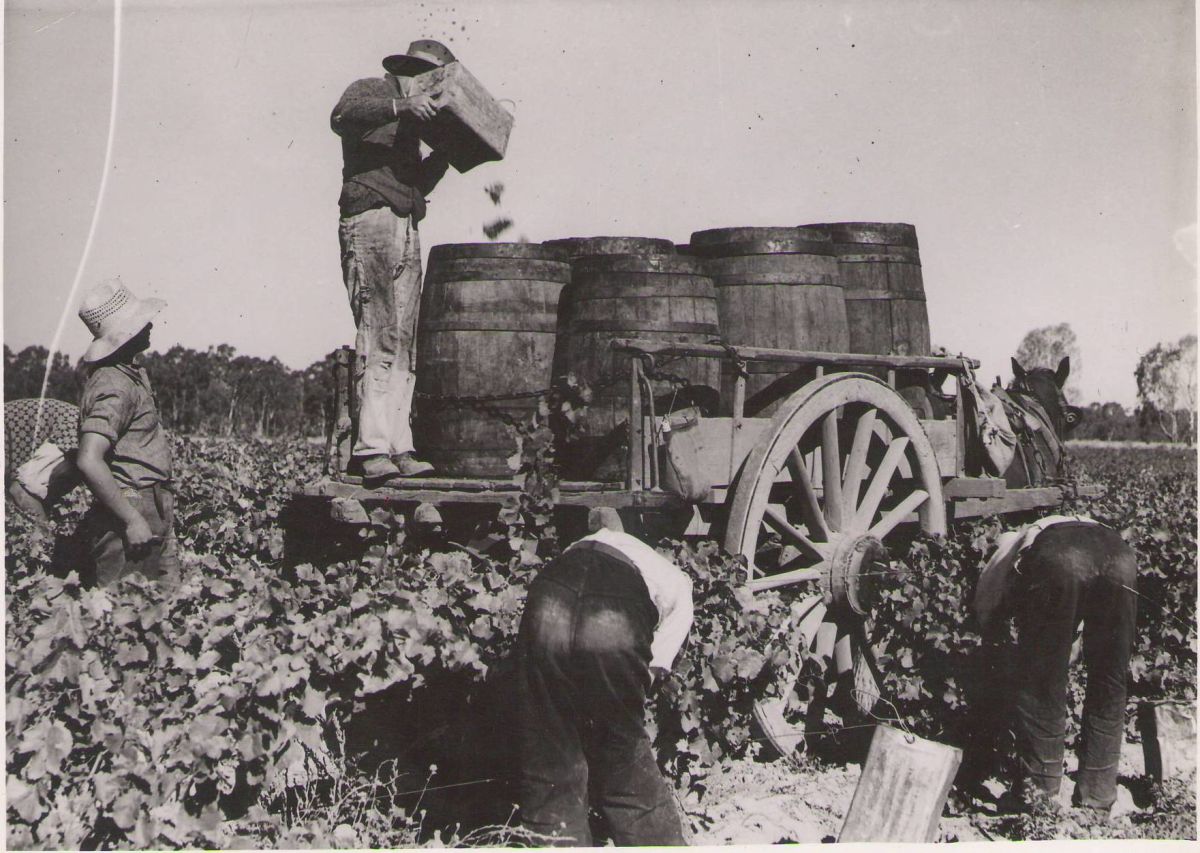 Vintage at Chateau Tahbilk in the 1940s.

Human-induced climate change is a driver of grape ripening, given that previous studies have linked Australian temperature, and possibly rainfall to increasing greenhouse gas concentrations.

“These strategies could include managing soil moisture content through increasing irrigation or mulching, vine rootstock choice, or managing crop yield.

“This study analysed harvest diaries from southern Australia for periods of up to 64 years. In contrast to previous studies that use harvest dates to indicate grape maturity, the research team examined berry-sugar concentration records to detect the trends to earlier wine grape ripening.

“The study centered on 10 wine growing sites in four states. These sites had records of observations for periods of more than 25 years. Nine of the ten sites had trends to earlier ripening. Only one Margaret River vineyard in Western Australia ripened later.

“In addition to informing the wine industry of adaptation options, we believe our study is also relevant to many other agricultural and non-agricultural sectors where trends in timing of biological phases have been detected.’’

The paper was supported through the Australian Grape and Wine Research and Development Corporation and CSIRO’s Climate Adaptation National Research Flagship.