Under a blood red moon … or not

Under a blood red moon … or not

We asked, and you surely delivered. We put out a call for your photos of the lunar eclipse, and got so many that for a moment we were afraid we might break Facebook. Here are some of our favourites.

It was a little cloudy in Melbourne, but Rhonda Baum still managed to sneak a shot through the gloom. 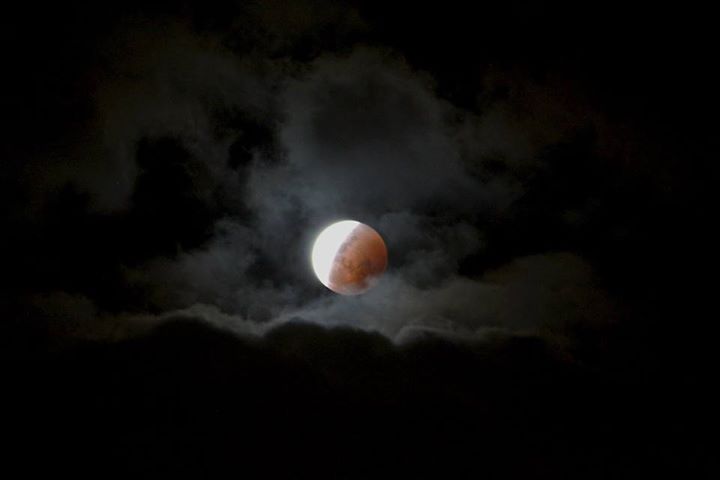 Picture of the lunar eclipse seen through clouds

Clear skies in Port Lincoln helped Peter Knife get this. 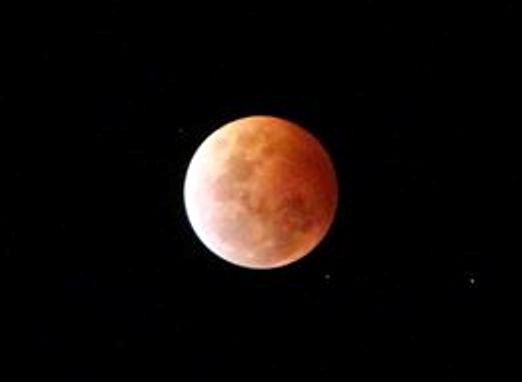 Meanwhile, in Albury, the eclipse really turned it on for Petra de Ruyter. 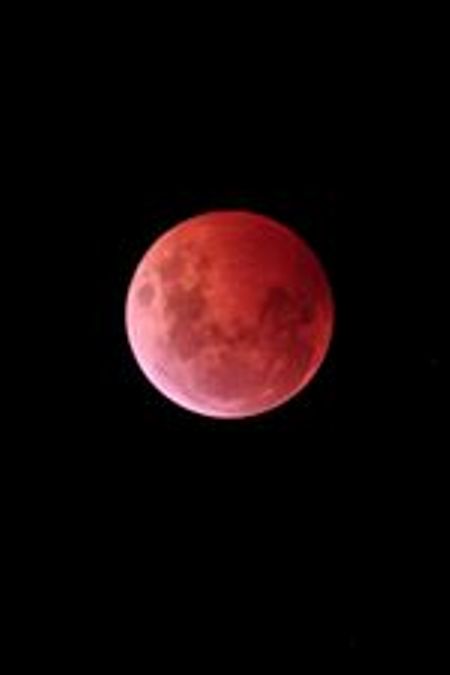 And Tamworth lived up to its claim to be Big Sky Country. 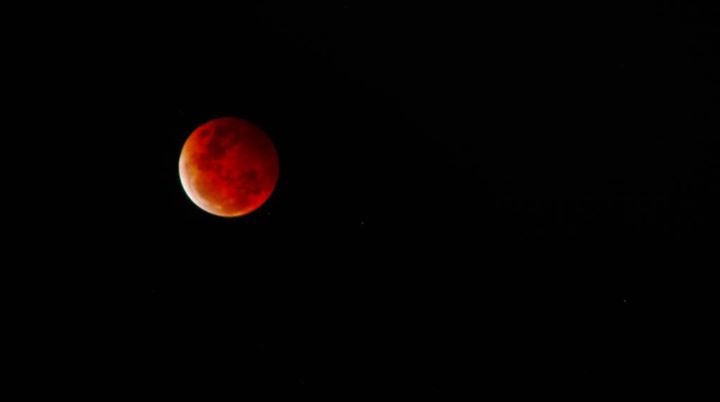 Some managed to catch the purple tones. 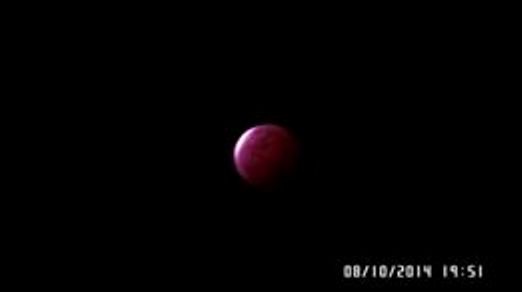 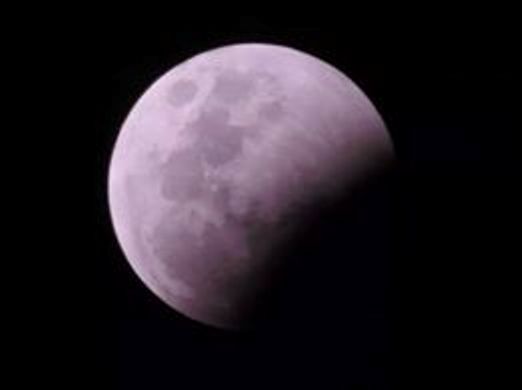 Others managed to catch tones we found a little surprising. There’s always one, isn’t there, Peter Feeney? 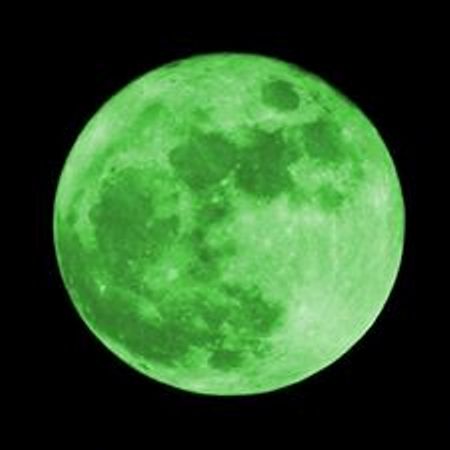 We got images from Japan. 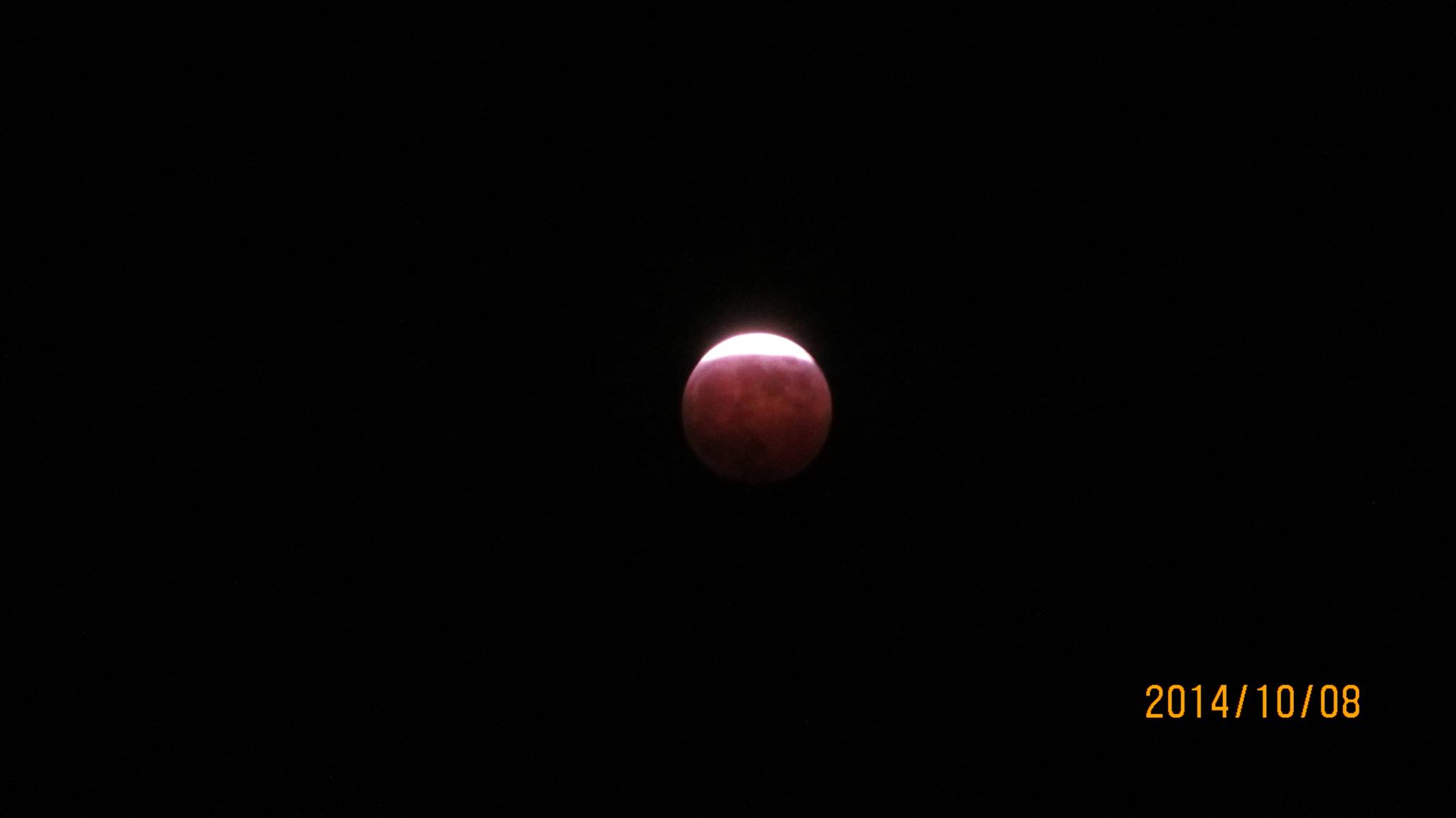 Image of lunar eclipse from Hapan

Image by Ivy B Ueama 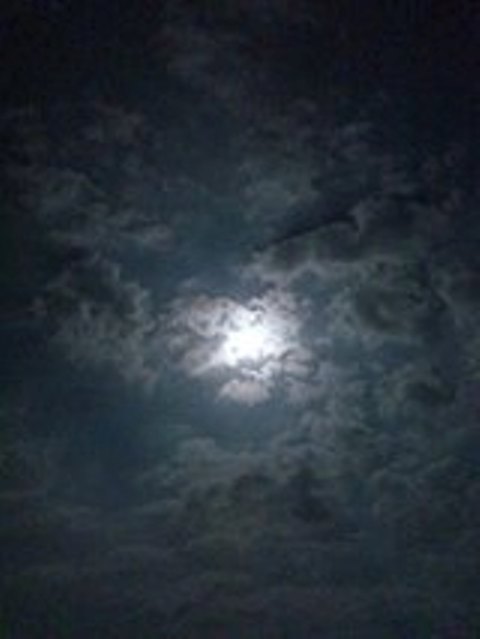 Image of moon obscured by cloud

We got spectacular montages. 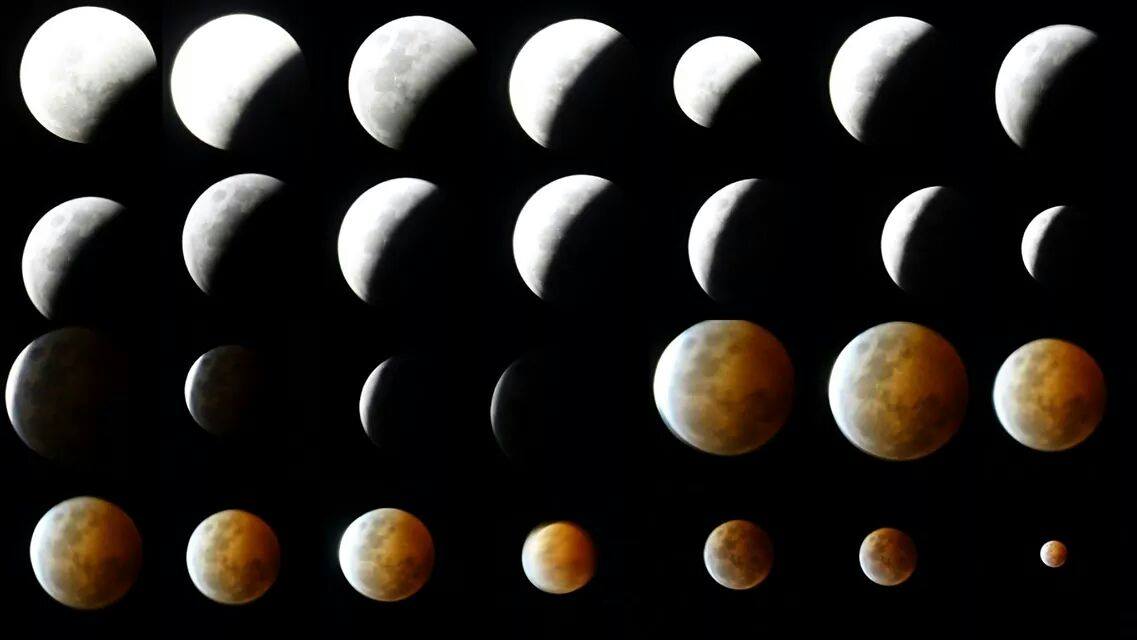 Photomontage of stages of lunar eclipse.

But for some of us, the weather didn’t co-operate at all. Kim Cook was able to remind those of us who missed out that clouds can be beautiful too. 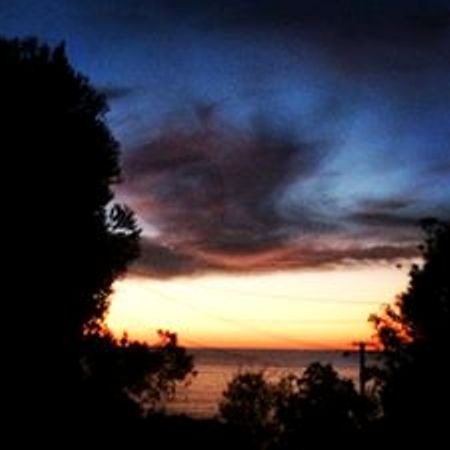 Image of clouds at sunset

But if we’re honest, we have to admit that Ali Ceyhan spoke for all of us who didn’t get to see it. 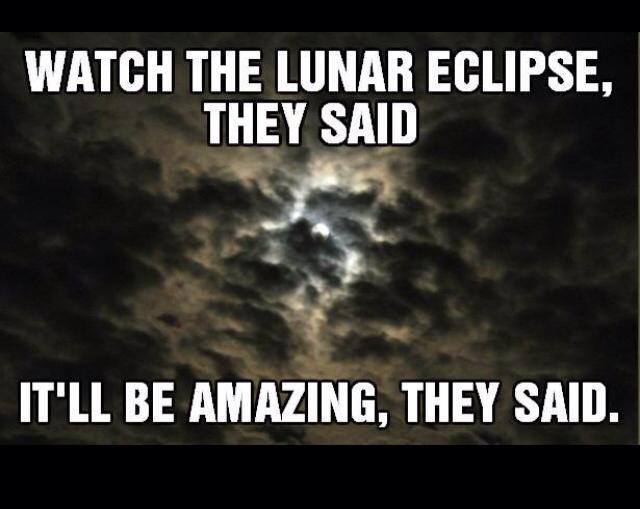 Next time, next time … And our sincere thanks to all of you for your photos.

Previous post:
The other CO₂ problem
Coming up next:
“Our World Needs Space”