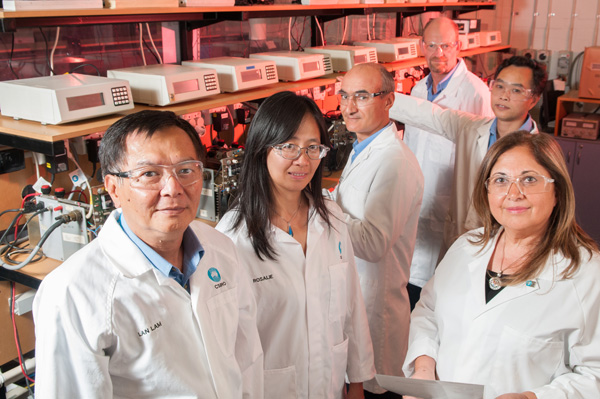 Dr Lan Lam (far left) and some of the team members that work on the UltraBattery in the laboratories in Clayton, Melbourne.

Today we celebrate the career of Dr Lan Lam – the primary inventor of CSIRO’s UltraBattery – an invention putting two technologies together into one awesome storage unit! Bringing down the cost of hybrid electric vehicles and making it easier to integrate more renewable energy into the grid are just some of the achievements of the UltraBattery.

Dr Lam and his team took the world’s 150 year-old battery technology and revolutionised it in the CSIRO labs. Today Dr Lam retires and leaves a legacy of impact.

“It was always my dream to create a better battery. I knew the success of hybrid electric and electric vehicles were dependent on it,” said Dr Lam.

This year the first UltraBattery will be released in the automotive market, powering hybrid electric vehicles (HEV) in Japan, United States, South America, Europe and Asia. The use of HEVs decreases our reliance on fossil fuels and thereby reduces our carbon emissions. 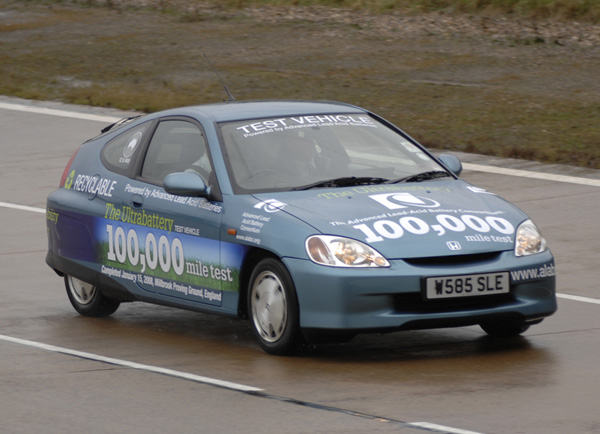 The UltraBattery has been tested in Australia and overseas. The car in this photo clocked over 100,000 miles at the Millbrook Proving Ground in the United Kingdom.

The UltraBattery combines the traditional lead acid battery and a supercapacitor into one – normally they are separate components.

“It sounds simple, but we have now created a new technology that is 70 per cent cheaper than current batteries used in hybrid electric cars, and they can also be made in existing manufacturing facilities,” Dr Lam said.

UltraBattery technology has been successfully installed in large-scale solar power plants in New Mexico, USA and King Island off the coast of Tasmania – the largest renewable energy storage system in Australia. UltraBattery storage allows intermittent renewable energy to be smoothly supplied to the electricity grid.

In 2009, the US Government recognised the importance of the UltraBattery and awarded East Penn Manufacturing $US32.5 million towards the development and commercialisation of the technology

There is a wealth of opportunities for the UltraBattery, including distributed smart grids, short driving range electric vehicles and bikes. CSIRO’s large energy storage team continues to research and develop UltraBattery technology, making it lighter, more efficient and help Australia and the world move towards a low carbon future. 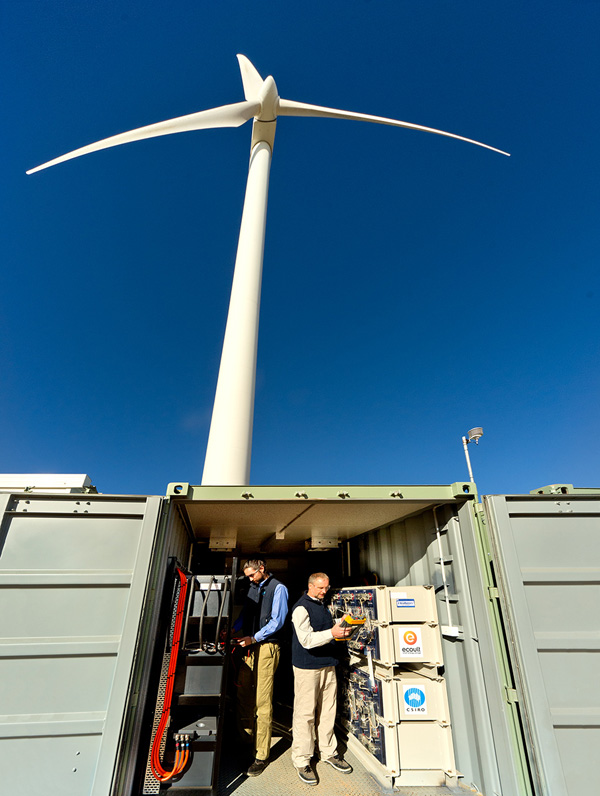 Smoothing renewable energy helps to combat the intermittent nature of the power. So as the wind stops blowing, the UltraBattery kicks in to ensure a steady flow of power into the grid. This is a photo of a project in Hampton NSW, with two of our researchers in the battery bank.

Previous post:
How are vaccines used in Australian agriculture?
Coming up next:
The flies of March are upon us