Turns out you can teach old (and young) cows new tricks

Turns out you can teach old (and young) cows new tricks

Virtual fencing is an animal-friendly system that trains livestock to be confined or moved without using actual fences. 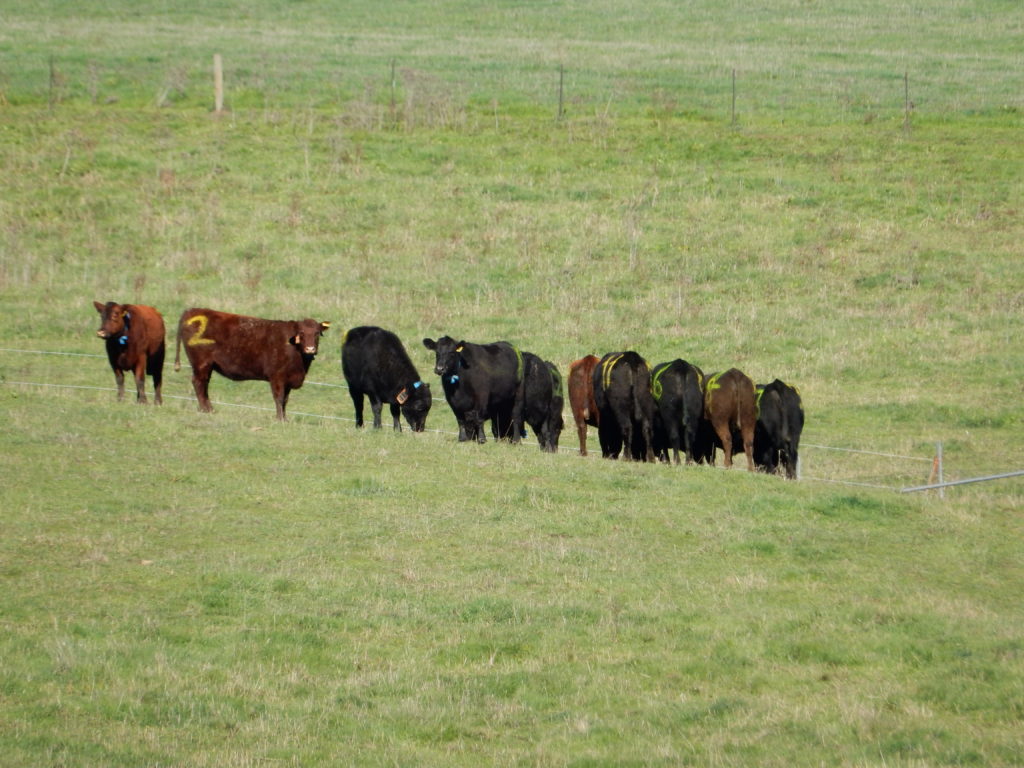 Together with Agersens, our virtual fencing system is a world first.

John Guest manages a beef cattle farm on the edge of the Snowy Mountains in New South Wales.

He recently took part in a successful trial to test new digital agriculture technology, virtual fencing. Virtual fencing is an animal-friendly system that trains livestock to be confined or moved without using actual fences. Cleverly named eShepherdTM, the farmer creates a virtual fence boundary using a smart phone, tablet or computer and the system uses GPS, wireless technologies and sensors to control the location of livestock.

“I can see we would use it on our properties to reduce expensive fencing and keep stock out of areas that are difficult to muster or control. It’s got the potential to make livestock handling simpler, cheaper and more efficient through so many ways,” John said.

The system works by giving audio cues to cattle through solar-powered smart collars as they approach the fence and a small electric pulse if they continue on. Over a short period of time, the cows learn to turn away when they hear the audio. If they do go as far as receiving the pulse, it’s significantly less than the shock of an electric fence. Minimising any stress and ensuring welfare of the animals has been a key part of the research.

The trial involved a herd of Angus cattle in a paddock with full access to a river and its adjoining land.

For the first week the cattle, with collars on, were able to roam freely in the paddock, cross the river and head into the bush. They were monitored and although they were new to the paddock, they got used to drinking at the river each day and grazing alongside it where the pasture is lusher.

eShepherdTM was then turned on, effectively blocking their access. Within a few hours all animals learned the presence of the virtual fence and chose not to enter the waterway zone. Only four cows ‘touched’ the fence – they turned away and thanks to the herd effect, others followed.

“I was surprised how quickly the cattle learnt what the collars were about and after only a few zaps, they just turned away when they heard the audio cue. This is even kinder than an electric fence!”

Three days into the trial a few animals pushed through the fence but, unlike an electric fence, the system slowly, within around 40 minutes, ‘shepherded’ them back to where they were meant to be.

“This would prove much more effective than conventional electric fencing on all stock, especially bulls and rogue animals,” Gen said.

After eleven days the virtual fence was removed and the animals rapidly returned to grazing along the waterway.

We started working on virtual fencing in 2005 and over the next five years we became world-leaders, inventing, developing and patenting this world-first, unique system. We teamed up with agritech start-up, Agersens, to help get the technology out to farmers, and they are our exclusive, worldwide licensee and commercial partner in virtual fencing.

Agersens, recently named one of the world’s top disruptive brands of 2017 for trailblazing in the industry, is also collaborating in New Zealand applying eShepherdTM to their conditions.

The aim of this trial was to test the effectiveness of keeping the cattle out of an environmentally sensitive area. However, there are also a multitude of other reasons farmers could use the developing technology.

“With the heifers, I look forward to one day being given an alert when they are in trouble and I won’t have to spend hours checking them during calving time!” John said.

“While its most obvious uses are keeping stock out of creeks or where tree lines are being established, the potential management benefits are endless. From rotational grazing and separating bulls, to being able to graze different mobs on the same crop, or reducing weaning stress by slowly moving calves from their mothers while in the same paddock,” Gen said.

Still on the fence?

Previous post:
Cold and flu quiz: How well do you really know your snotty stuff?
Coming up next:
Innovation: the key to unleashing Australia’s potential