Tuning in to Amazon biodiversity

Tuning in to Amazon biodiversity

When we imagine the Amazon rainforest, we tend to picture a kingdom of tropical greenery - a flurry of squawks, motion and colour. In reality, it’s becoming increasingly uninhabited. We're working to create a continuous wireless network of sensors to monitor the activity of species and better understand biodiversity loss. 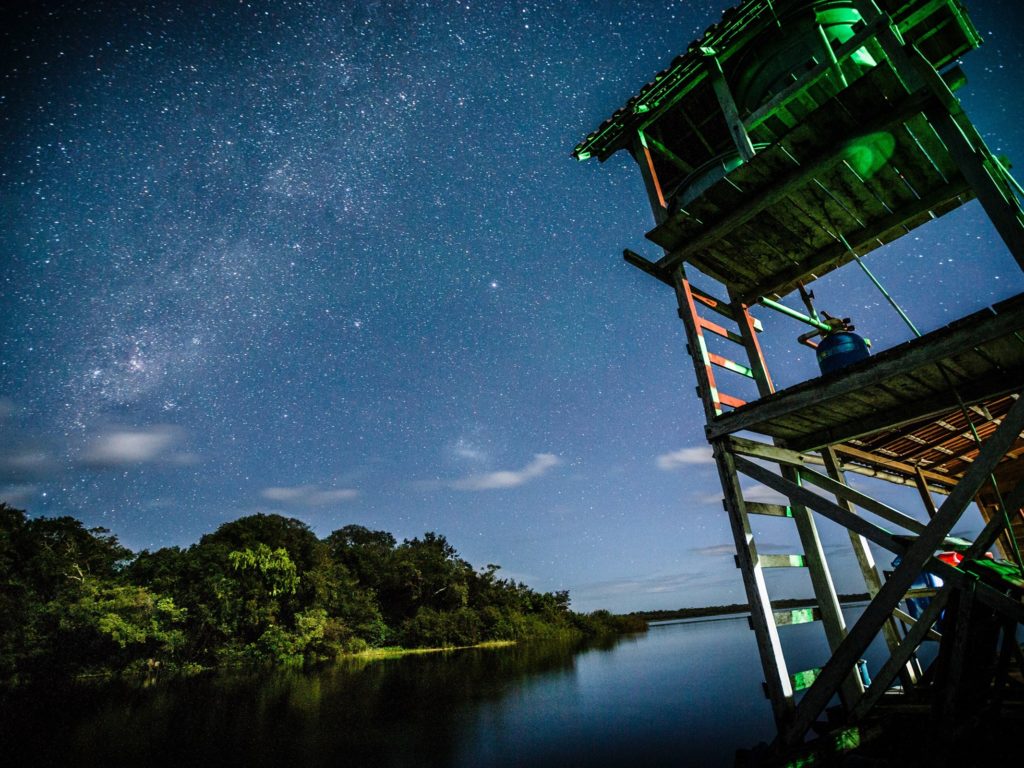 photo of the Amazon night sky

Until now, satellites have been one of the few tools available to track biodiversity in the Amazon. Photo by Alex Socci

When we imagine the Amazon rainforest, we tend to picture a kingdom of tropical greenery – a flurry of squawks, motion and colour. In reality, it’s becoming increasingly uninhabited.

Dr Alberto Elfes, head of Robotics at Data61, describes the Amazon as the “silent forest.”

“When you go into the forest, you don’t hear the animals anymore – very little remains of fauna diversity.”

“From the animals that do still exist – they move in very different ways – some like to be seen and not heard.”

Deforestation, compounded by global warming, has resulted in a dramatic increase in the rate of species extinction in the Amazon, resulting in an overall loss of biodiversity.

In the past, biodiversity has been measured by remote satellites or research teams taking trips over vast distances in small planes and trekking on foot to remote and difficult to access locations. 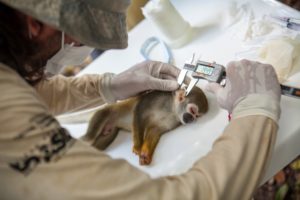 Scientists often have to trek to remote locations and capture animals to gather local information about biodiversity.

Remote satellites can provide a lot of data to track forest cover, but they’re in low resolution – and most importantly, they can’t dip beneath the canopy to see what’s going on below.

We’ve teamed up with international partners from Brazil and Spain on project Providence to find a better way to track biodiversity loss.

Providence will involve a continuous monitoring system that will act as the eyes and ears of the Amazonian forest by using a wireless network of sensors in the Amazon to monitor the activity of species including jaguars, monkeys, bats, birds, reptiles and even dolphins.

The technology uses visual imagery, sensors, environmental data and thermal images to identify different species and the impact of changes to the forest. It means it will now be much easier to track the extinction of species – potentially from the living room.

By installing a wireless network of sensors and nodes in a sample area of the Amazon, we’re planning on getting a more complete picture of what’s going on. This is possible because we‘ll be collecting more than just visuals, we’ll have audio data too. And the data will be made available to be analysed by researchers all over the world.

Each sensor will collect data from monitoring acoustics, cameras (infra-red, or visual range), and heat and humidity sensors, and will feed this data back to a central node. 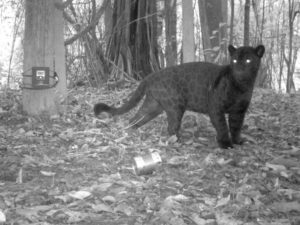 Infrared image of a Jaguar

An infrared image of a Jaguar.

Typically, long-distance wireless communications in tropical forests is a challenge for researchers: wireless can only transmit very small amounts of data over long distances.

We’re tackling this head-on by integrating species recognition – both aquatic and terrestrial – via audio and sound processing at the node. This means that instead of sending a high-resolution image, the node will transmit a unique identifier to label the particular animal. This smart method of processing will let us continuously track animals in real-time, and let us transmit much more data than ever before, on an unparalleled spatial scale.

Phase 1, over the next 18 months, will involve trialling the network on a small scale – 10 nodes – and analysing the data. We’ll then make some critical adjustments and roll out up to 1000 sensors in the final phases of the project.

Each partner brings different technical expertise to the table. Collaboration will be key to tackling the diminishing biodiversity.

Want to learn more? Read this blog to find out more about why biodiversity is so important. Or you could read about how we’re using technology to track bees in Brazil and Australia.

Previous post:
No sweat – hot tips for a cool summer
Coming up next:
Freewheeler or Foodie? – Your diet personality could be holding you back