Gold fever: Our top 7 inventions that are pure gold

Gold fever: Our top 7 inventions that are pure gold

Science is golden and here’s why: our top 7 gold inventions are changing the way we explore and produce gold in the 21st century. 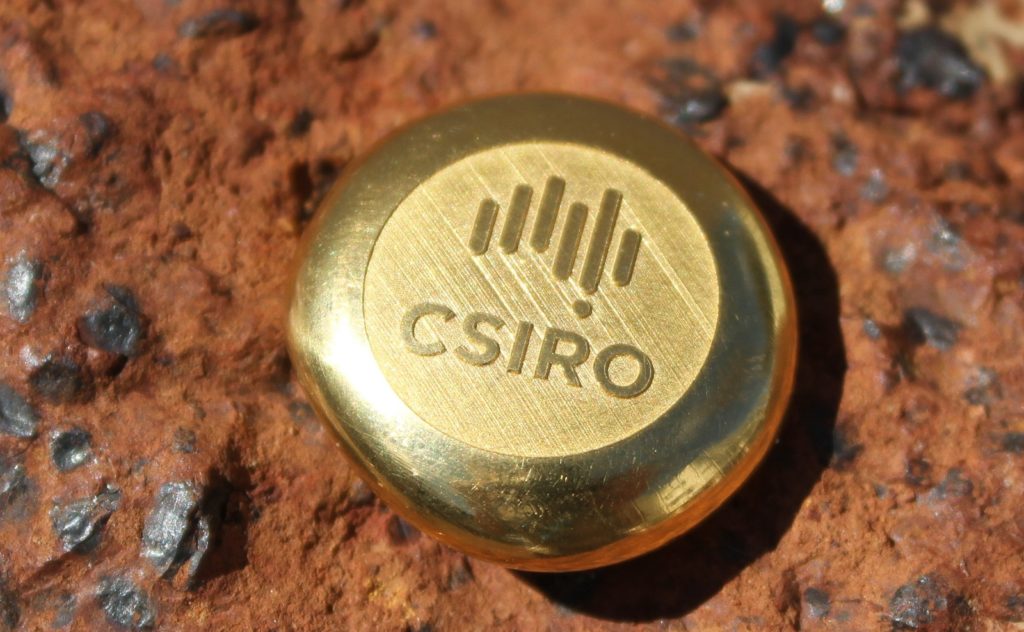 The first gold produced from our cyanide and mercury-free process

Gold has captured the imagination of human-kind since ancient times – from the prestigious death mask of Egyptian Pharaoh Tutankhamen to the bizarre modern-day claim of 24-karat face masks.

While we’ve been mining gold for several thousands of years, the 21st century demands a new gold standard for how we explore and produce our favourite yellow metal.

As the world’s second largest producer and rich in golden soils, Australia is proving to be a melting pot of ideas and innovation to transform the industry.

Proving that science is golden, our top 7 list of home-bred gold inventions promise to change gold production for the better. Many are already making their mark.

Did you know that cyanide is used in 90 per cent of gold production?

Communities are increasingly concerned about the use of toxic cyanide and mercury in gold production because of its safety and environmental risks.

In response to recent spills, cyanide use for gold extraction has already been banned in some jurisdictions in the US, South America and Europe.

Luckily we’ve come up with a safer alternative that replaces cyanide with non-toxic thiosulphate.

In partnership with Eco Minerals Research, we poured the first gold using this new process last year in Western Australia, bringing us a step closer to making greener gold a reality.

Gold has two important properties that make it ideal for currency: it’s scarce and it’s unreactive. But those same two characteristics also make it difficult to find.

By looking for clues in nature above ground, we’ve shown it’s possible to identify gold 10 to 20 metres underground.

We’ve developed an exploration tool-kit that uses a range of unusual identifiers that can contain traces of gold. In other words, you can look at gum leaves and termite mounds, groundwater, sedimentary rock, clays and soil to find gold underground.

Using these geochemical sampling techniques has led to tens of billions of dollars in Australian gold discoveries.

These exploration tools help to reduce the industry’s reliance on drilling, which is both expensive and impactful on the environment.

We discovered that gold grows in trees: tiny traces of metals highlighted in gum leaves.

It’s estimated that gold losses from large processing plants can be valued in the hundreds of millions of dollars per year.

The industry is looking for ways to improve efficiencies and capture this gold from going to waste.

Introducing the breakthrough online gold analyser – also known as OLGA – which allows plant operators to detect gold and other precious metals moving through the plant in real time.

It’s around 1000 times more accurate than conventional methods,  and it helps the industry to detect ultra-low levels of gold that would have otherwise gone undetected.

We’ve licensed the technology to leading Australian mining equipment and services provider, Gekko Systems, who expect it to be available to the market this year.

The mining industry needs to analyse gold ores to understand their mineral concentrations (known as ‘grade’) to inform key decisions across the value chain, such as where to explore next or how to optimise their processing plant operations.

Since the middle ages, the traditional method, known as fire assay, has been the gold standard in gold analysis. But a powerful new X-ray-based method is set to revolutionise the industry.

The fully-automated, PhotonAssay, offers a faster, safer and more environmentally-friendly alternative to fire assay. With a turnaround time for analysis now minutes, not days, PhotonAssay helps companies to monitor their operations in real time and rapidly respond to problems. As a result, miners can more readily optimise their process and make better informed decisions.

5. Picture this: gold in its beautiful, microscopic glory

Ores have a diverse make-up, so we need to characterise what’s in the ore to create mine plans that makes economic and environmental sense.

We’ve created Maia Mapper to help solve this problem. It produces rapid, detailed images at different scales – from micron to metre – that make beautiful pieces of art in their own right. Thanks to our Maia Mapper, industry has the ability to image the elements contained in ore in minute detail, transforming mineral analysis.

The power of mapping large areas makes it possible to locate rare occurrences of gold and improve our understanding of how the metal got there to inform exploration strategies.

6. Capturing a ‘tornado in a tank’ improves safety

Slurry mixing. It’s not super sexy, but it is a critical step in gold processing.

Mixing tanks use agitators (a mixing device) to stir up slurry, but conventional methods are prone to creating “dead zones” of stagnant flow, that can lead to blockages and material scale build-up.

Traditional slurry mising practices can lead to safety hazards. Pieces of scale build-up can break off from the walls and fall when a tank is manually cleaned during maintenance, putting workers at risk.

By creating a vortex or tornado-like motion, our Swirl Flow technology prevents stagnant flow, all the while helping to clean the tank walls, which reduces scale and build-up.

First applied to the aluminium industry, we’ve recently taken it to gold producers where it’s helping to improve safety and reduce operational costs.

DetectORE prepares samples for analysis by a portable X-ray fluorescence device, combined with a smartphone app. Living up to its name, this innovation enables near-real-time gold detection and analysis in the field for the first time.

It saves both time and money in the hunt for gold, by enabling explorers to make faster decisions on where to target their effort.

It’s been recently licensed to Australian company Portable PPB and could change the way companies explore.

These seven Australian-born innovations are helping to transform the way the global industry explores and produces gold today.

Previous post:
Science in the fast lane: the latest innovations from our sci-tech accelerator
Coming up next:
It’s a brick house. But how energy efficient?