The Sky in Your Hand

The Sky in Your Hand

Working in astronomy education and outreach I’m often asked by people to recommend an app or piece of software for viewing the night sky. Luckily these days there are many wonderful apps available including many that utilise the sensors and GPS in smartphones and tablets to align your device with the real sky. For computer use I always suggest the excellent, free program Stellarium that runs on PCs, Macs and Linux systems. It has a very simple interface and a lovely, clean aesthetic reflecting its emphasis as a “sky simulator”. 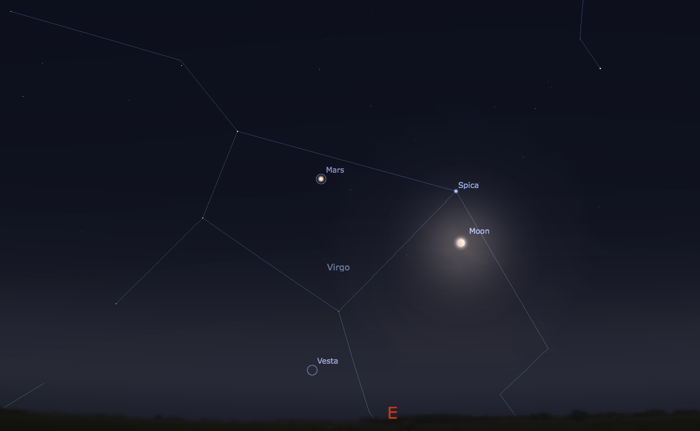 Even with all the capabilities of digital packages I also suggest to people to try a traditional hand-held system – a sky map or a planisphere.

Skymaps.com produce monthly star charts for northern and southern hemispheres and the equatorial regions. They may be freely downloaded for personal and non-commercial educational use and include details of what is visible to the unaided eye, through binoculars and small telescopes. 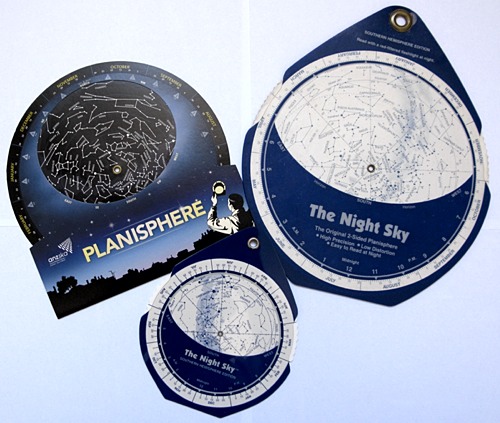 A variety of planispheres.

A variety of planispheres.

My favourite though is still a planisphere. It shows which stars are visible for a given latitude for any time of the year. By rotating the dial to match the date with time of night you can see which stars and constellations are visible above you. Melbourne Planetarium have a free version, suitable for southern Australia, with instructions on how to assemble and use it that you can download from their site. If you want a large laminated planisphere you can purchase one from the Parkes Radio Telescope Online Store. This style is two-sided, showing more detail than many single-sided versions. Other versions are commercially available including small ones that are convenient for backpacking or travel. 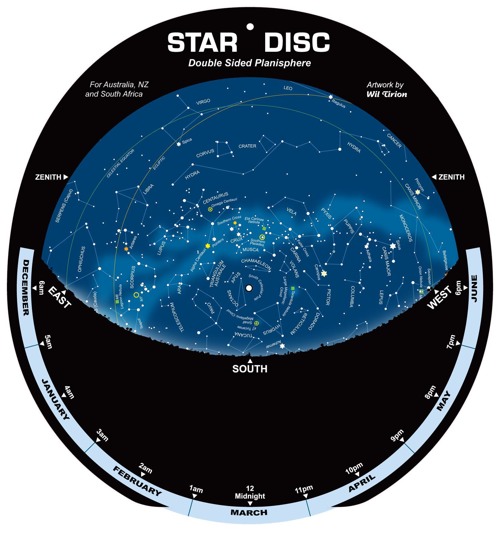 A two-sided planisphere available from the Parkes Observatory online store.

A two-sided planisphere available from the Parkes Observatory online store.

One thing that most planispheres do not show is the position of the planets. The ABC has a useful sky guide for 2014 written by Ian Musgrave, author of the popular Astroblog. This will help you plan for upcoming events such as the upcoming total lunar eclipses and partial solar eclipse.

During the outreach session for local schools at the recent meeting of the American Astronomical Society in Washington DC I spied students wandering around with an unusual planisphere. This was a Radio Sky Planisphere. Designed by Robert Minchin, an astronomer at Arecibo Observatory,  it showed what the northern hemisphere sky looks like at radio wavelengths with some prominent stars overlaid for reference. I met up with Robert to congratulate him on developing such a handy resource. When I asked him if a southern hemisphere version was available he replied “Not yet but that’s a great idea.” A couple of weeks later he notified me to say he had produced a southern hemisphere version. I downloaded it and set it up for a latitude of 35 degrees south and here it is: 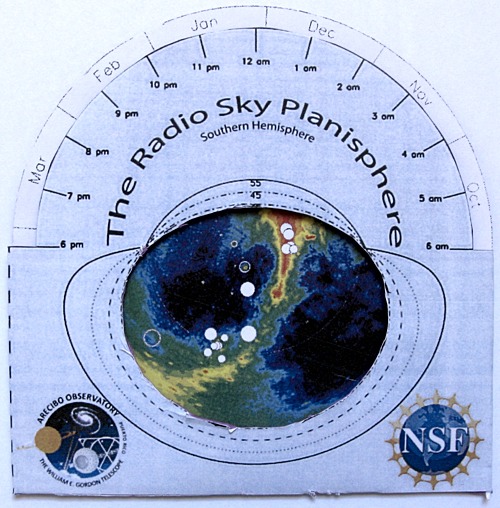 You can learn more about how Robert designed the Radio Sky Planisphere and download both version from his Roblog. Try both the radio and an optical version. Happy viewing!

Previous post:
The BIG picture on nano
Coming up next:
3D printing pedals into the next big cycle