The question of astrobiology

The question of astrobiology

The question dreaded by astronomers seeking a quiet social evening. When I do fess up, quite often I get a grilling about alien life on other planets.

The truth is that most astronomers have little stake in finding life on other planets. Our work primarily focuses on studying a particular type of star or galaxy, or probing the physical or chemical processing that drive the evolution of our universe.

So when I was invited to give a talk about the Square Kilometre Array at the Australian Astrobiology Conference, held at the University of New South Wales last week, I was interested but a bit perplexed. What is astrobiology?

A quick trip to Google will tell you that astrobiology is the study of the origin, evolution, distribution, and future of life in the universe, including life on Earth.  My talk addressed the contributions that the next-generation of radio telescope, the Square Kilometre Array (SKA), is likely to make to the field. 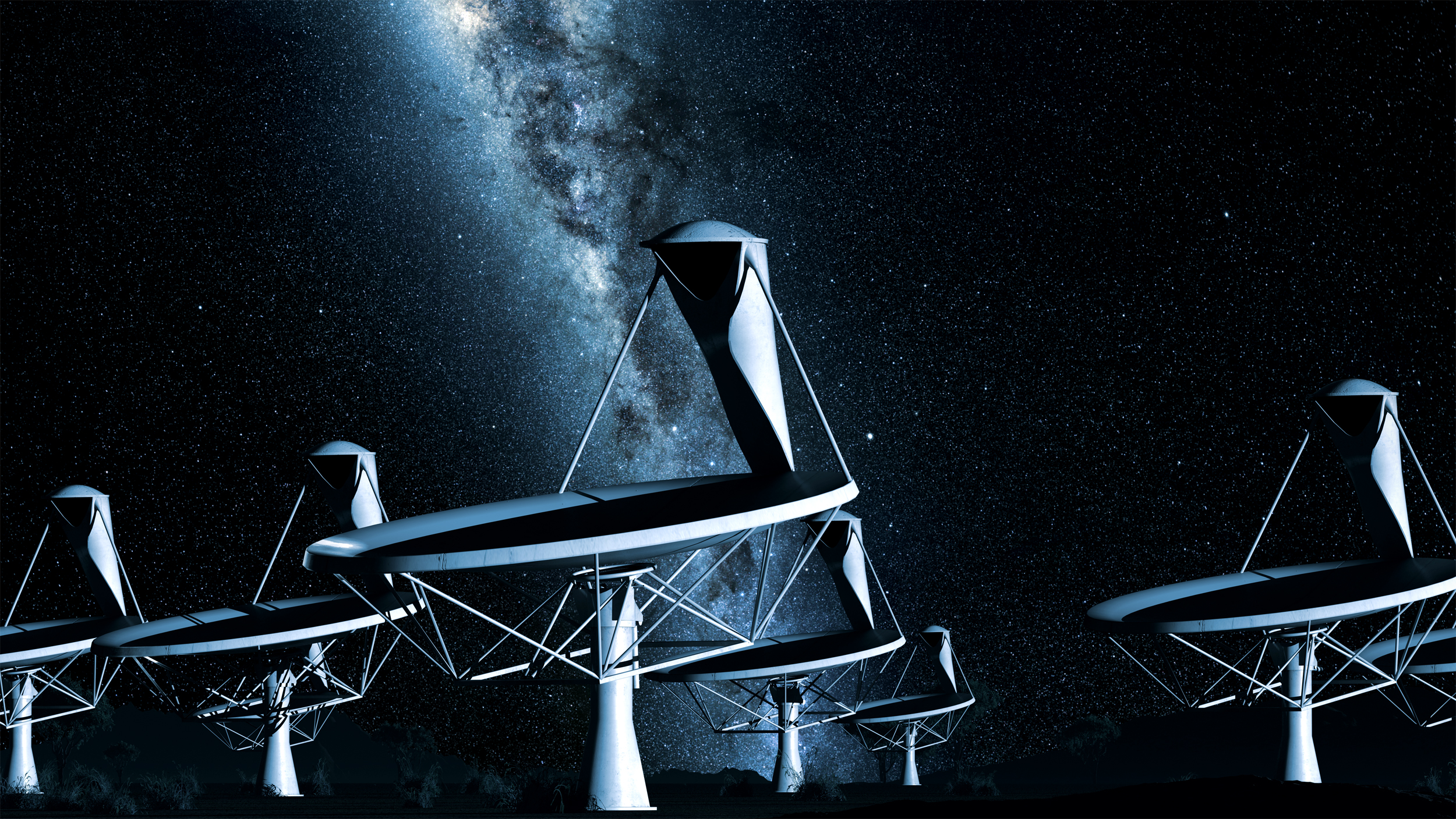 Computer-generated image of four antennas, set against the Milky Way.

The SKA will be the world’s most powerful radio telescope, giving astronomers an unprecedented view of the magnificent invisible universe. Although the primary motivation for building the SKA was to study the origin and evolution of galaxies, it turns out that with careful attention to the design we may also be able to exploit data from the SKA to study a number of phenomena related to life outside the Earth.

The high frequency component of the SKA could potentially photograph rings around very young stars. These planet-forming disks of dust pebbles and rocks would look much like the magnificent rings of Saturn. This will enable us to understand the processes by which some of the amazing and extreme solar systems discovered around distant stars are formed.

With the vast array of radio telescopes we will also have a good chance of spotting bright flashes of radio waves from aurorae in the atmospheres of gas giant planets around other stars. Not only could this act as a beacon telling us where these planets are located, but it could also allow us to understand more about the magnetic fields generated by the planet’s ‘spinning dynamo’ effect.

So will we find aliens with the SKA? I wouldn’t bet my house on it, but it will gives us a fighting chance to understand more about the emergence and abundance of life in our galaxy.

Lisa Harvey-Smith is the CSIRO ASKAP Project Scientist, and is also an ultramarathon runner. She gave a lecture about the SKA at the Perimeter Institute in Waterloo, Canada, in April 2012, which you can watch here:

Previous post:
Rebirth of Country for Mungalla Wetlands
Coming up next:
The question of astrobiology