Our oceans are full of plastic. These are the findings of our national marine debris research project - so what are we doing about it? 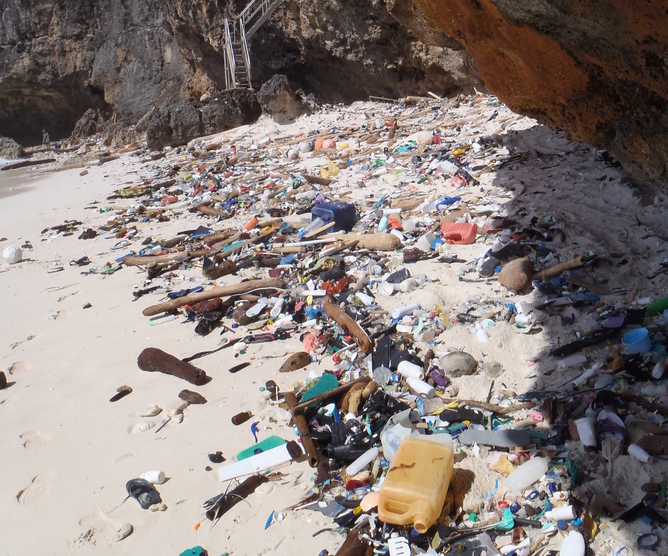 Parts of Australia’s coastline are littered with plastic rubbish, which finds its way into the oceans.

By 2050, 95% of seabirds will have plastic in their gut. That is just one finding from our national marine debris research project, the largest sample of marine debris data ever collected anywhere in the world.

The statistic is just one prediction of what’s in store if we don’t come to grips with the growing problem of rubbish at sea.

The issue of marine debris was recently brought to the world’s attention by the search for missing Malaysian Airlines flight MH370, which was reportedly hampered by objects that look similar to aircraft remains.

When you consider that six million tonnes of fishing gear is lost in the oceans each year, yet derelict fishing gear doesn’t even crack the top ten most common items found during coastal clean-ups, you begin to grasp the scale of the problem.

Plastic not so fantastic

The Australian government has a “threat abatement plan” which aims to save marine animals from being harmed by rubbish. We set out to inform this plan by developing a better understanding of where exactly this rubbish comes from and how exactly it harms wildlife.

We surveyed the entire Australian coast at 100 km intervals, with help from school groups and citizen scientists. We found that our shorelines are littered with debris. About three-quarters of it is plastic and, although there are some large items, 95% of the items are just a few centimetres across, or smaller.

In Australian waters, you can expect to find anything from a few thousand to more than 40,000 pieces of plastic per square kilometre. Marine debris is concentrated around towns and cities.

Our rubbish can travel huge distances, leaving behind a trail of destruction. We found that almost half (43%) of seabirds have plastic in their gut, with young birds being particularly susceptible. If the increasing trend of plastic production increases and no effort is made to curb the amount that finds its way into the oceans, then by 2050 nearly every seabird (95%) will have ingested some plastic.

Globally, about one-third of marine turtles are estimated to have ingested debris, and this figure has steadily increased since plastic production began in the 1950s.

Many turtles are killed and maimed by abandoned fishing nets each year, along with other species including whales, dolphins, dugongs, fish, crabs and crocodiles. In the past few years, we estimate that between 5,000 and 15,000 turtles have been ensnared by these “ghost nets” in the Gulf of Carpentaria alone. Reining in our rubbish

Ocean trash is so dispersed that it is not practical to collect it at sea. It might sound obvious, but the most effective way to reduce the harmful effects of sea debris is to prevent it from getting there in the first place. Our research shows that the vast majority of this rubbish comes from the land, with large concentrations near our cities, rather than from litter dropped at sea.

Tackling the problem will mean getting people to change their ways. Here are three ways we can do it: education, rewards, and punishment.

As part of this project we engaged directly with nearly 6,000 students, teachers and members of the public, as well as reaching more than two million Australians and a wide international audience, all with the aim of changing attitudes towards ocean health.

We also focused on building foundations for the next generation of marine researchers through a mentoring program in which eight international and four Australian students participated intensively in the project.

Additionally we developed an online national marine debris database which allows members of the public to contribute data about litter they find at their local beach. We also engaged with existing initiatives such as Clean Up Australia, Tangaroa Blue, the Surfrider Foundation and other groups that are cleaning up Australia’s beaches.

Together, all of these organisations and citizen scientists contribute to the improved understanding of the types, amounts and sources of debris we find on Australia’s coastline.

Meanwhile, we have tackled the specific issue of derelict fishing gear in the Gulf of Carpentaria- most of which comes from overseas sources- by identifying a “pinch point” in the gulf near the port of Weipa where ghost nets can be collected relatively easily and cheaply, before they reach high-density turtle areas. 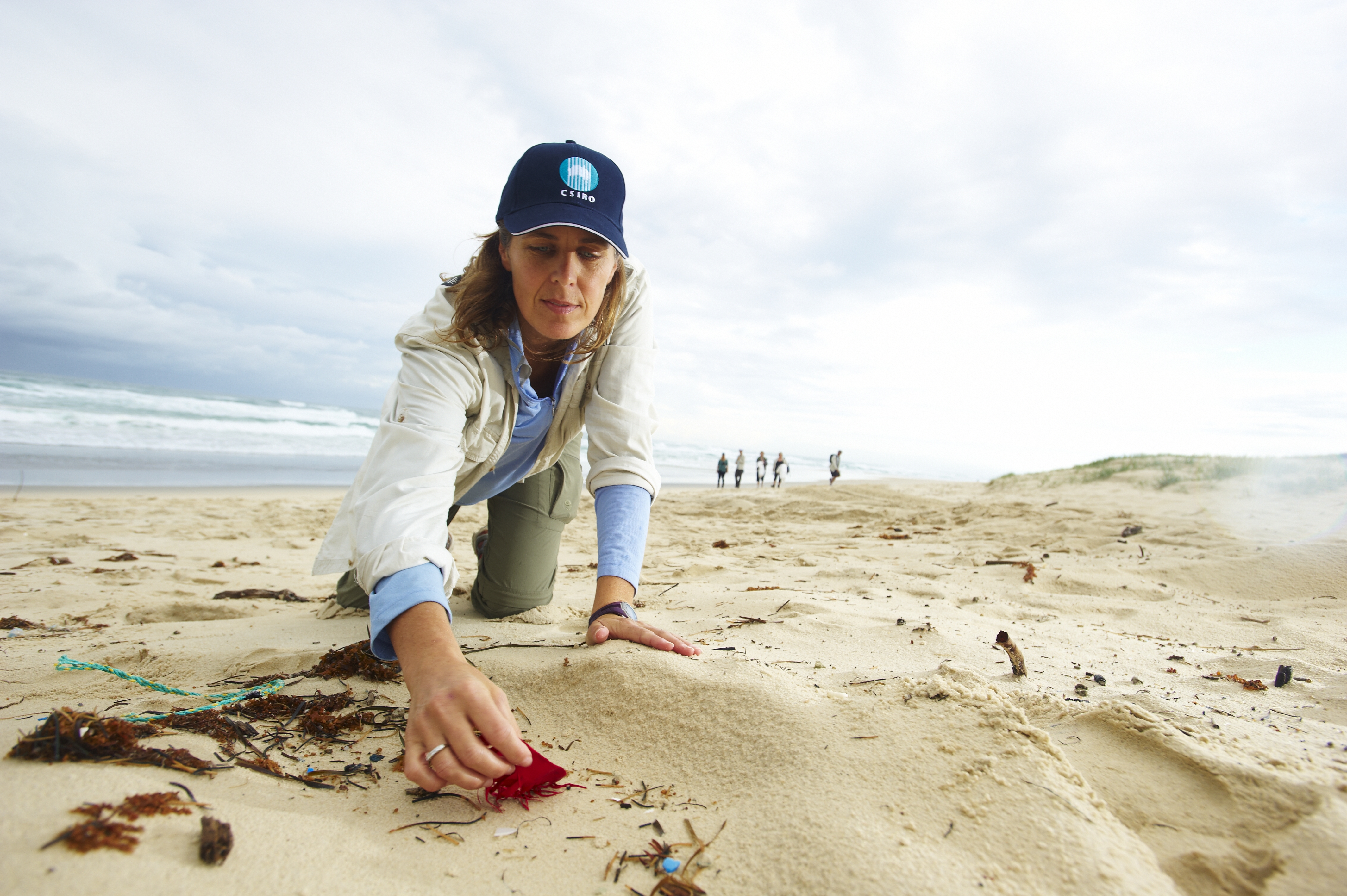 Economists often emphasise the important role of incentives in modifying behaviour. South Australia’s container deposit legislation has helped to reduce the number of plastic drinks containers entering the environment by a factor of three, suggesting that incentive schemes can positively impact on levels of waste.

Regulation can be effective, but it needs to be targeted to have the best chance of success.

Using our coastal survey data and interviews with more than 40 coastal councils around Australia, we found evidence for two main drivers behind marine debris: general public behaviour, and illegal dumping of refuse.

Similarly, we found that local council outreach, which presumably affects user behaviour, and anti-dumping campaigns were both effective in reducing the debris found in coastal areas.

Littering isn’t the only cause of the problem. Even toothpaste and personal care products can have plastic microbeads in them which end up in the marine environment and are mistakenly eaten by a range of species. Awareness is a major issue here, but there are guides being developed to help consumers make informed choices about the products they use.

Ultimately, however, the throwaway culture ingrained in our society needs to change if we are to tip the scales back in favour of the wildlife in our oceans.

Chris Wilcox’s research was co-funded by Shell Australia’s National Social Investment Program and CSIRO’s Oceans and Atmosphere Flagship. TeachWild is an innovative national partnership between CSIRO, Earthwatch and Founding Partner Shell Australia to gather the data needed to bridge the information gap and tackle the global issue of marine debris.

Previous post:
Less is more with the Water Use Efficiency Initiative
Coming up next:
RV Investigator in the Derwent River!