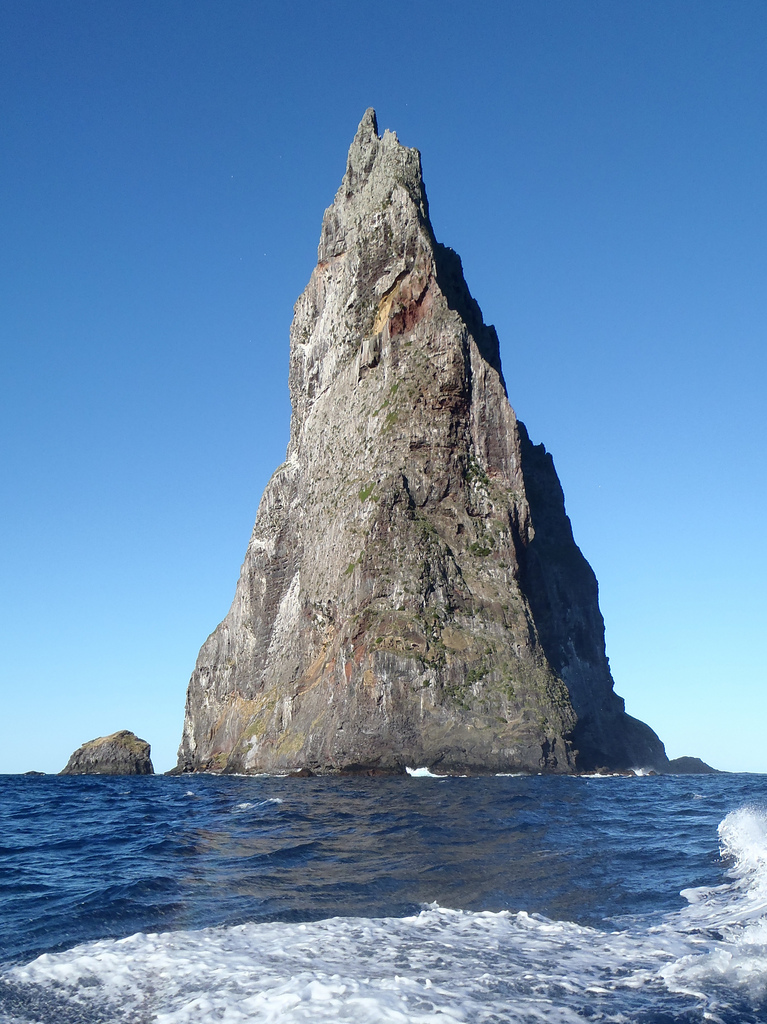 As the name suggests, the Lord Howe Island stick insect (Dryococelus australis), also known as the ‘land lobster’, is a native of Lord Howe Island, which is 800km northeast of Sydney and 23 km from Balls Pyramid. The stick insects are large and flightless, with the females reaching over 150 mm in length. They are nocturnal, feeding and moving around only at night and sheltering in small tree hollows during the day (when they’re available).

They used to thrive on Lord Howe Island. In 1916, respected Australian entomologist Arthur Lea visited the island and reported seeing as many as 68 of them in a single tree hollow. 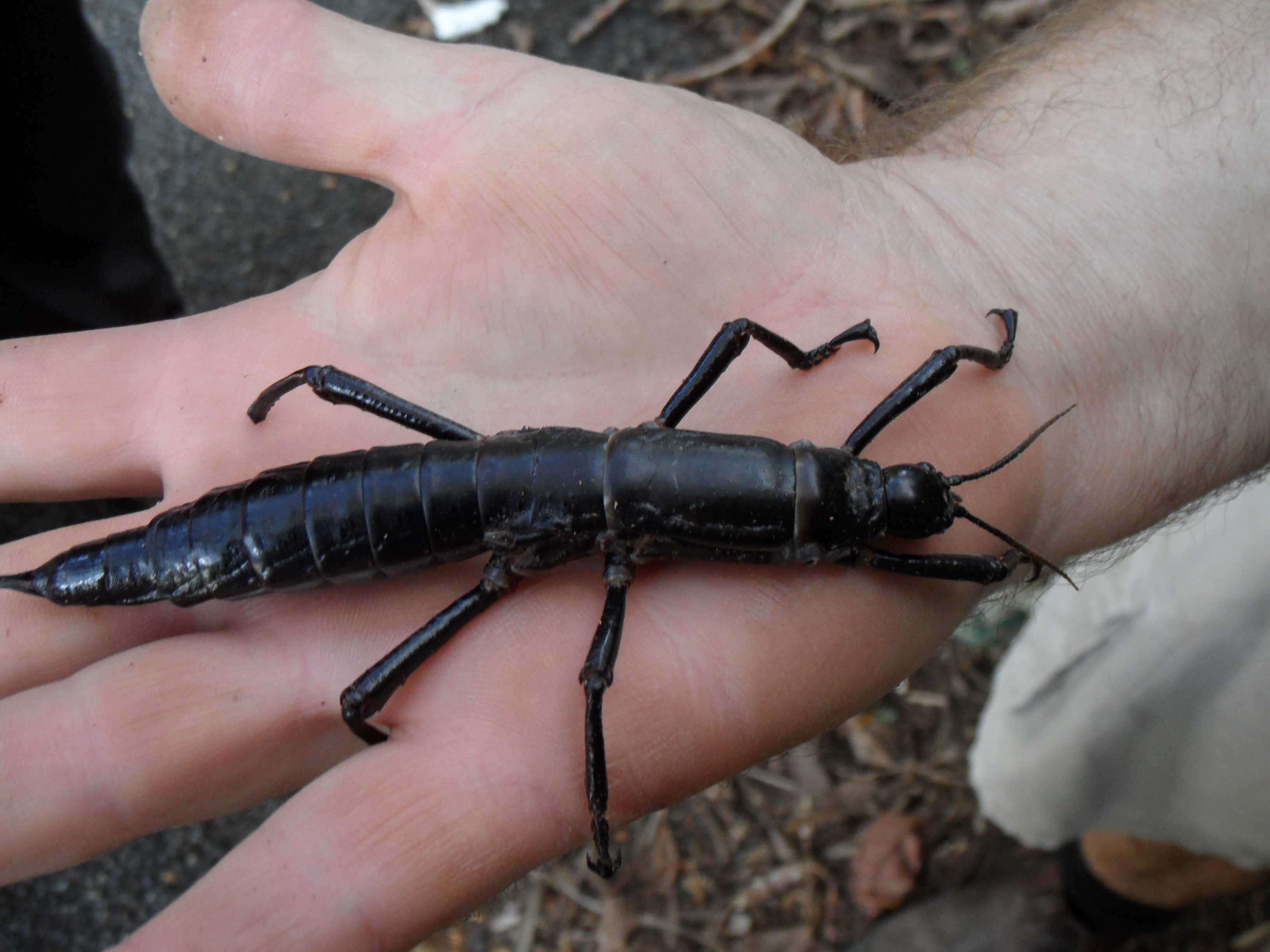 Everything changed in 1918 when a ship, the SS Makembo, ran aground on the island, providing an opportunity for Black Rats on board to ‘jump ship’ and invade. Within 30 years the stick insect was thought to be extinct, a victim of the rats’ predation.

Nothing was heard of the stick insects until 1964, when a group of climbers managed to make landfall on Balls Pyramid and snapped a photo of a recently deceased Lord Howe Island stick insect. But living proof remained elusive until 2001. It was then that an exploration of the island was undertaken by a group of researchers and, remarkably, they managed to find live adult stick insects.

Today there are fewer than 30 adult stick insects remaining on Balls Pyramid, their continued existence a very delicate prospect indeed. The IUCN Red List has categorised the stick insect as ‘critically endangered’.

As part of the strategy to rescue the insect population from extinction, a breeding population has been established at Melbourne Zoo. As for the Black Rats still on Lord Howe Island, well they have been targeted for eradication. It is hoped that one day the rats will be gone from the island and the insects being bred at Melbourne Zoo can be re-introduced.

Melbourne Zoo’s website has great photos and videos of the insect.

The story of the Lord Howe Island stick insect is now being brought to life through a creative animation project. Watch the trailer here:

This post is inspired by an article by Dr Beth Mantle of CSIRO’s Australian National Insect Collection, which forms part of a series about Australian endangered species featured on The Conversation.

Read Beth’s article on The Conversation.

Previous post:
Why the Australian manufacturing industry needs the next generation of robots
Coming up next:
Having a Blast at Tidbinbilla!