The big day is here: RV Investigator’s Welcome to Port

The big day is here: RV Investigator’s Welcome to Port 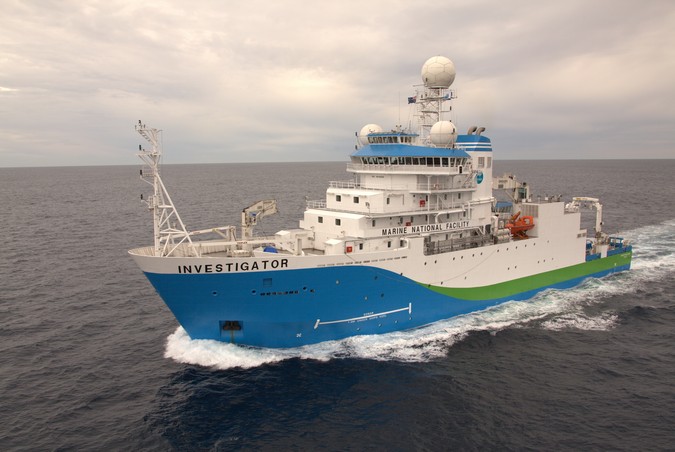 RV Investigator will be formally commissioned in Hobart today.

The day has finally arrived: our new 94 metre, A$120 million research vessel (RV) Investigator will be commissioned in Hobart today.

This marks Investigator’s transition  from being a CSIRO  ship building and commissioning project to being Australia’s new Marine National Facility ship, ready to embark on its maiden voyage in March 2015.

You may have noticed we’ve been making quite a bit of fuss about the Investigator recently. Here’s three* good reasons why.

First of all, she’s good news for Tasmania. Between them, Investigator and the Marine National Facility pump somewhere between $7 million and $11 million a year into the local economy. In the last ten years Hobart has become a marine and Antarctic science hub. CSIRO’s Oceans and Atmosphere Flagship and the University of Tasmania’s $45 million Institute for Marine and Antarctic Studies (IMAS) headquarters are located there, along with a large number of other marine and Antarctic bodies. Investigator will enhance this.

Secondly, she’s good news for Australia in general. We will be using the expanded scientific capability of the Investigator to work on projects that are specifically selected to benefit our nation, like:

And third, as Federal Industry Minister the Hon. Ian Macfarlane MP explains, she brings greater capacity to do research across Australia’s marine territory. For example, we know more about the surface of the moon than we do about our deepest oceans, and only 12% of the ocean floor within Australia’s Exclusive Economic Zone has so far been mapped. With the Investigator we will now be able to map the ocean floor to any depth, search for resources, better understand our fisheries, collect weather data 20km into the atmosphere and much more.

Now that we’ve covered off the broad strokes, it’s time to take a closer look at the ship itself! First, check out this cool time lapse video of Investigator being built, from beginning to end:

And once you’re finished with that, take a tour inside:

She’s an awesome sight. If you’re in Hobart this afternoon, be sure to come down and check out the official Welcome to Port event. We’d love to see you!