The art of science: How we helped unveil a Picasso masterpiece

The art of science: How we helped unveil a Picasso masterpiece

The art world was in a frenzy last week when it was reported there was a painting hidden beneath one of Pablo Picasso’s first masterpieces, The Blue Room. Using advances in x-ray imaging, scientists and curators revealed a mysterious portrait of a bearded bow-tie clad man with his face resting on his hand.

The painting’s secret was out, but what was less known is the painstaking work – and Aussie innovation – that led to its discovery.

In 2012, The Blue Room paid a short, hushed visit to the Wilson Synchrotron Lab in the US, where Cornell University scientists used an x-ray detector to search for the suspected secret hidden underneath the painting. The priceless work of art was then scanned using an x-ray fluorescence (XRF) detector called Maia to supplement the infrared imaging that had taken place two years earlier. 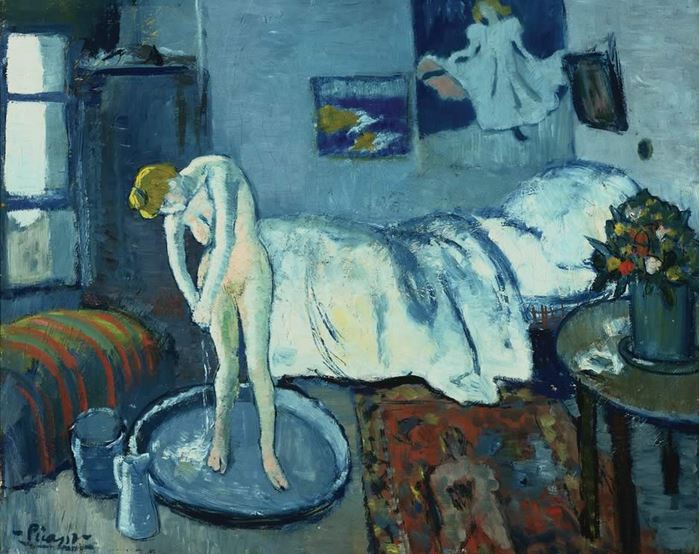 Maia, developed by CSIRO scientists along with the US Brookhaven National Laboratory, is an exceptionally fast x-ray detector that distinguishes spectral signatures of different elements, such as mercury, iron and cobalt in complex natural samples. The technology has a huge range of potential research applications, from identifying gold and platinum formation in ore, to tracking trace metal distribution in brain tissue in neurodegenerative disease. In the art world, it can provide evidence of exactly which materials and colours artists have used in their work.

While infrared gave the most accurate images of the Picasso portrait (because it can see clean through many paints) according to Cornell’s Dr Arthur Woll, its disadvantage is that there’s a fair amount of interpretation involved in knowing what’s creating the contrasts in the images. 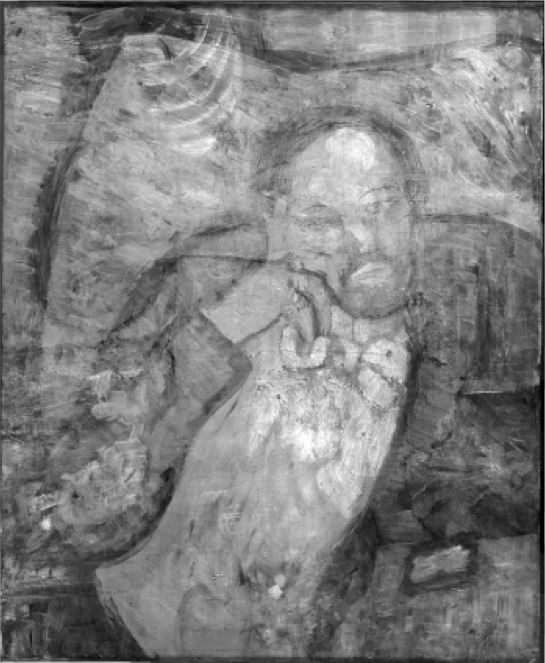 “That’s where XRF comes in. By giving scanners further clues about colouration, it can help them match a buried portrait with other Picasso pieces of the time, for example,” he said.

According to CSIRO’s Dr Chris Ryan, one of Maia’s developers who visited Cornell for the Picasso project, Maia is ideal for this kind of work. “It captures unprecedented spatial details very quickly, limiting risk of damage to delicate works of art,” he said.

The revelation of Picasso’s hidden painting is just the beginning for the research team. Using Cornell’s and other data, they hope piece together an even more detailed recreation of exactly what is hiding under The Blue Room.