Spring forth and eat dung

Spring forth and eat dung 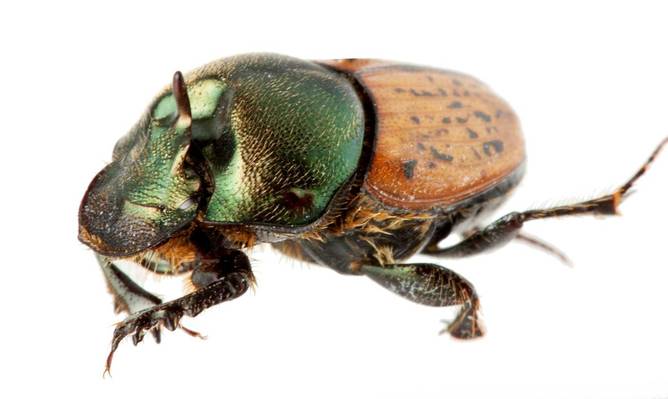 Onthophagus vacca – getting into it in WA

There are about 28.5 million head of cattle in Australia. Each one produces between ten and 12 cowpats a day, at an average 2.5kg each. Over a 14-day period, that’s about 14 million tonnes of dung. And every one of those cowflops can generate about 3000 flies in that time. But you may have noticed that Australia hasn’t been buried in manure or completely blanketed in flies. That’s because, for more than 40 years, we’ve been working to make sure cow dung doesn’t hang around, polluting pastures and waterways and providing the ideal breeding ground for flies.

This is a special week for us. One of our two new species of European dung beetle is ready for field release. The other is planned for release in 2015.

Our scientist, Dr Jane Wright, personally carried her shy but important companions, Onthophagus vacca, (a native of France and Spain) from Canberra to Western Australia. The spring-active dung beetles will be burrowing into new homes at field sites around Kojonup in Western Australia. These sites were chosen because they are home to numerous large herds of cattle, which means a lot of cow dung is available.

Here they are, making themselves at home.

Up until now, there has been a gap between one species of beetle settling down for a well-earned break and the next gearing up for action. These new beetles have been carefully selected to fill the seasonal break in activity in early spring across southern and western Australia. By introducing the spring-active beetle, the long term goal is to ensure dung is buried in early spring, getting the nutrients into the ground and accessible to the plant roots. The result is increased pasture productivity and reduced runoff of nutrients into waterways.  Another benefit is that the beetles will compete with bush flies for the dung, thus slowing the buildup of fly numbers over spring, enabling the existing beetles to have a greater impact on fly populations over summer.

With financial support from Meat and Livestock Australia and WA Agriculture and Food, we imported two new species of dung beetle in 2012. These were placed in quarantine and set up to breed. Then their eggs were surface-sterilised following AQIS protocols. Following that the eggs were taken into the laboratory outside quarantine and transferred to artificial brood balls. These beetles were the start of a laboratory colony that has allowed us to produce sufficient beetles for field releases, like this one.

If you’d like to learn more about these little scuttling wonders, there’s a more in-depth article over at The Conversation.