Spooky spiders trick or treat in a street near you

Spooky spiders trick or treat in a street near you

Instead of fake spider pranks this Halloween, why not arm yourself with some facts about hair-raising arachnids?

For a Halloween treat, we’ve chosen five of the freakiest spiders from the Atlas of Living Australia (ALA). The ALA is our national biodiversity database, and it makes biodiversity data accessible to everyone. Not only can you access and analyse species information in your own neighbourhood, you can upload pictures yourself and help us build a bigger and better picture of the biodiversity near you. 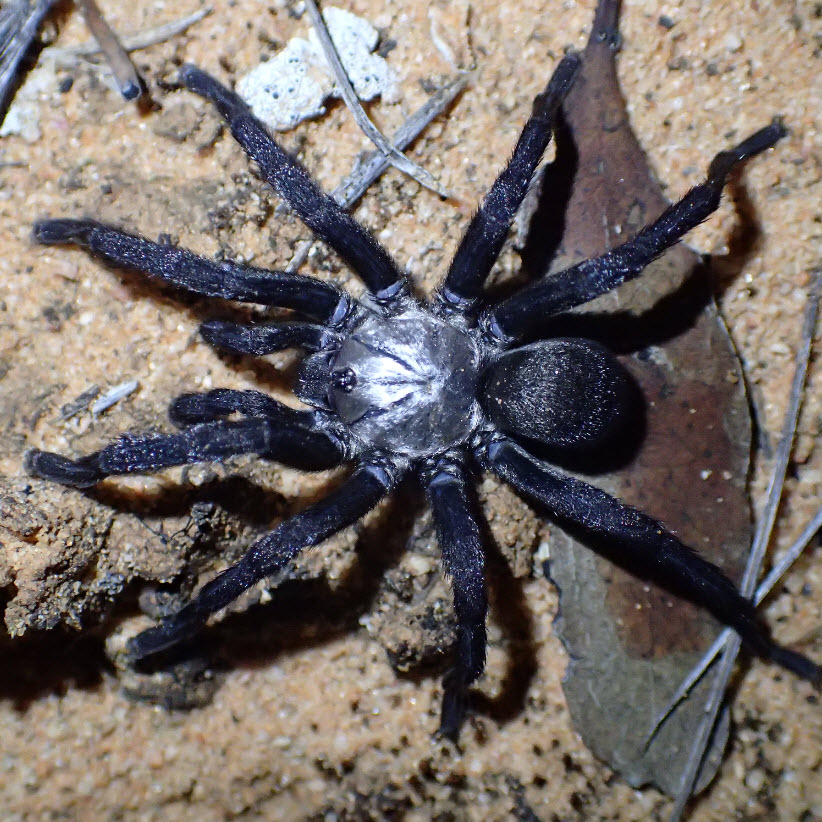 With its hairy legs and black uniform colour, Idiommata scintillans is like the prototype for joke-shop spiders, but don’t be fooled. It builds burrows that are sealed by a thick, inwards opening door and the males (identified by a silvery sheen on their back) may have a similar toxicity to funnel-web spiders. 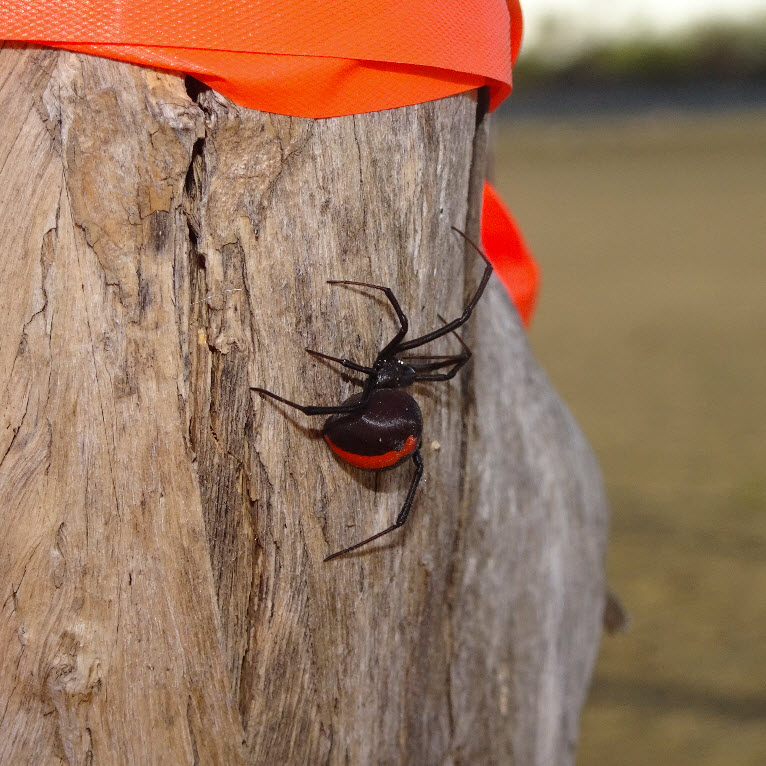 The famous Redback Spider is found throughout Australia. It likes to live close to where we live, but in undisturbed places like under a worm farm or pot plants. 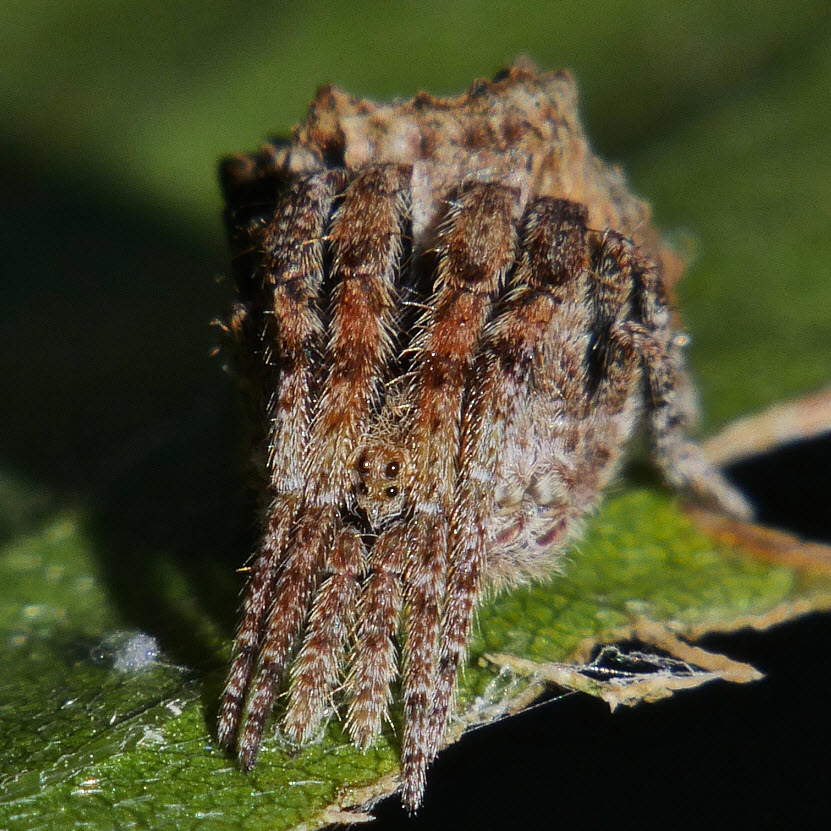 When resting, Poltys illepidus is very well camouflaged because it sits with its legs drawn up tightly, with only its eyes protruding between them. Can you spot its eyes halfway down its legs in this picture? Check out it if lives near you, then be on the lookout for what you might otherwise mistake for a (pretty hairy) broken stick. 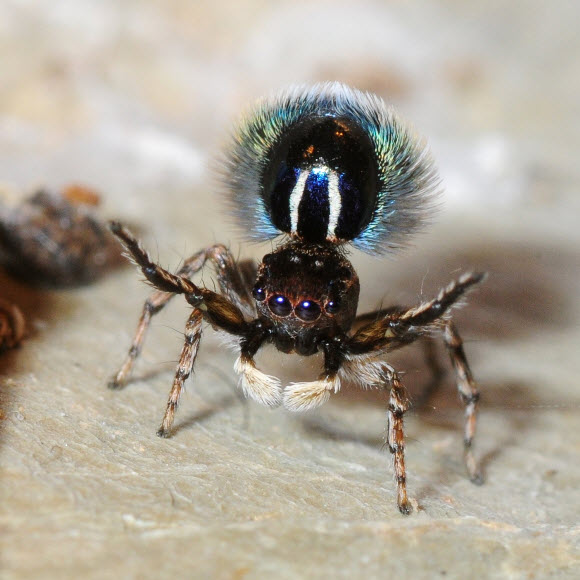 As a member of the genus referred to as peacock spiders (for their impressively coloured abdomens), this spider is sure to win the Halloween fancy dress prize. This species raises its first pair of legs as part of its display, while other peacock spiders raise their third pair.  They’re small and hard to spot, and were only found for the first time in 2014, which explains why there are not many records in the ALA. If you see one, be sure to upload your sighting. 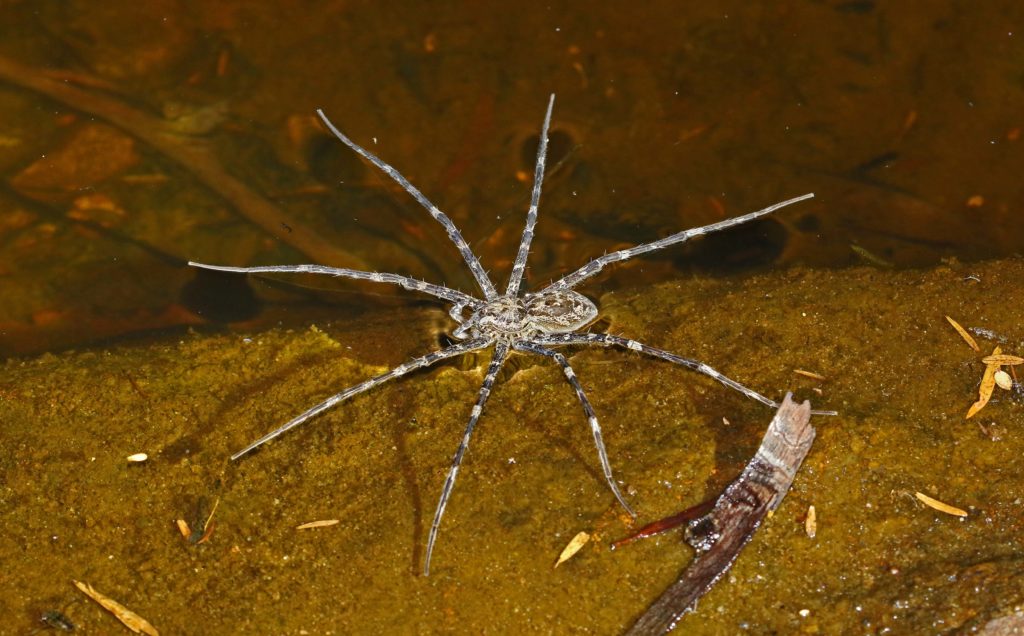 As one of Australia’s largest spiders, Megadolomedes australianus has a leg span of up to 18cm! Adding to its freakiness is its ability to run on water.

Spend some more time on the web.

Previous post:
No one can hear you scream in here
Coming up next:
The search for the source of a mysterious fast radio burst comes relatively close to home