Solving universal mysteries all in a night’s work for ASKAP

Solving universal mysteries all in a night’s work for ASKAP

Think you know all there is to know about our newest radio telescope, ASKAP? Think again.

In the outback of Western Australia sits our newest radio telescope, the Australian Square Kilometre Array Pathfinder (ASKAP). With 36 antennas working together as a single instrument and decked out in the latest astronomy kit, ASKAP will capture radio images of the sky faster and in more detail than ever before possible.

Right now, we’re officially in “commissioning phase” – fitting the antennas out with tech that will help us answer fundamental questions about our Universe. And astronomers from around the world are already itching to get their hands on ASKAP, with more than 130 researchers meeting together this week at the University of Sydney for the ASKAP2016 conference, to plan for early science.

You might think you know a bit about what ASKAP can do – like weighing black holes, chasing gravitational waves and detecting galaxies billions of light years away – but here are a few more things you might not know about our telescope.

ASKAP is so sensitive that it could detect a mobile phone on Pluto.

Radio telescopes need to be extremely sensitive in order to collect the weak radio waves from galaxies, stars and other far away objects. But everyday items, like cars, electrical equipment and even humans, also generate radio waves that can interfere with the operation of a radio telescope. 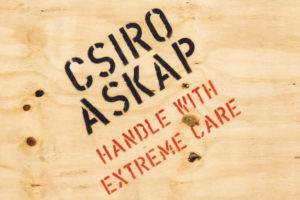 Handle with care – seems fitting for such as sensitive telescope, don’t you think?

That’s why ASKAP’s home, the Murchison Radio-astronomy Observatory (MRO), was chosen especially for its remote location and low population density, far away from the ‘noise’ of everyday life. In fact, the population density is so low we often say there’s 2 nanopeople per square metre!

The extremely low levels of radio-frequency interference allow ASKAP and other international telescopes like the MWA and SKA to conduct ground-breaking astronomy research. 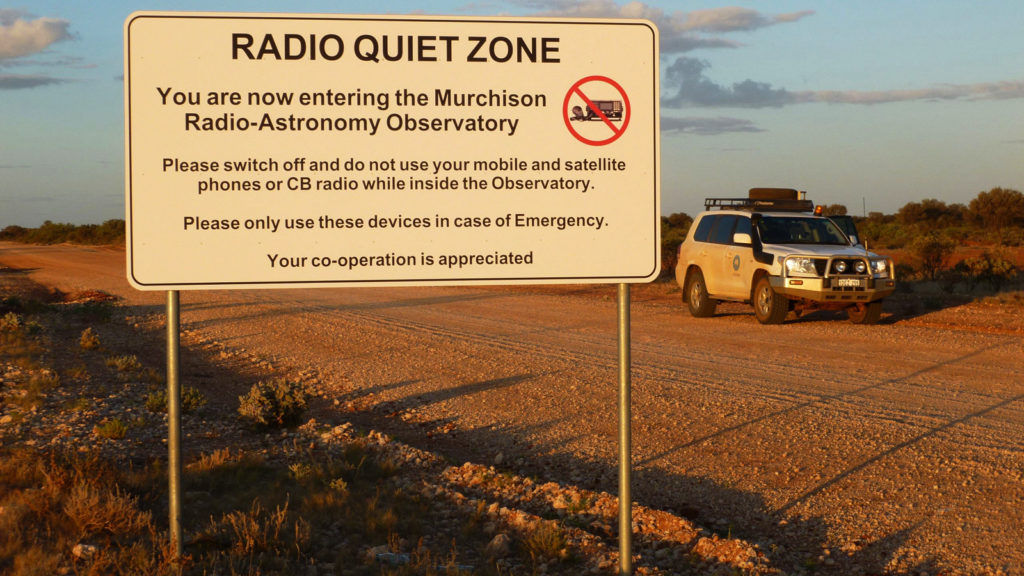 WALLABYs, EMUs and DINGOs, oh my!

During the first five years of operation, at least 75% of ASKAP observing time has already been allocated to ten major survey science projects, each needing around 1,500 hours to complete. These projects were especially chosen to maximise science impact from the unique features of ASKAP – including a wide angle field-of-view, fast survey speed, and high sensitivity.

Astronomers are known for their love of a good (and sometimes a bad) acronym, and the survey science projects are no exception – EMU, WALLABY, POSSUM, DINGO, GASKAP, CRAFT, VAST, FLASH, COAST and VLBI.

They’ll be studying cosmic magnetism, galaxy evolution, star formation and so much more. 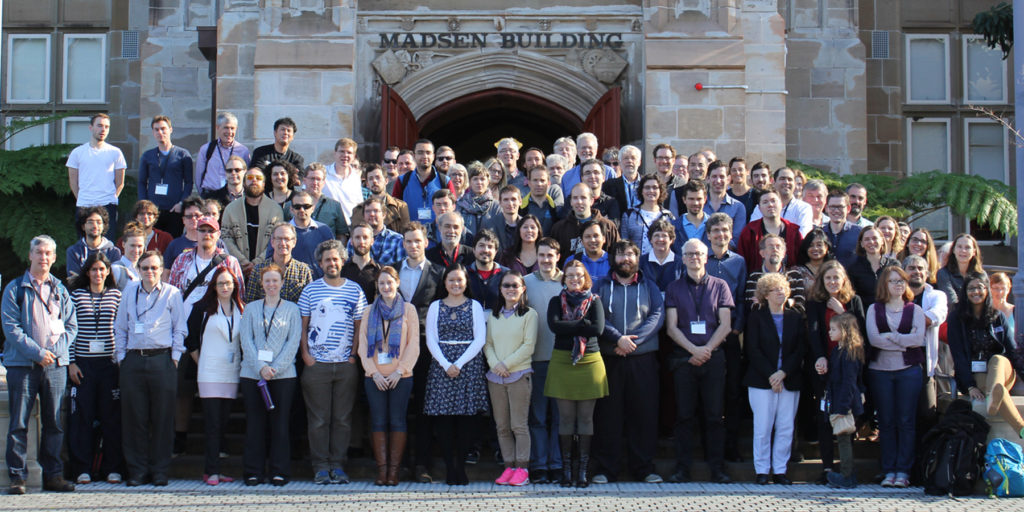 Astronomers from around the world are itching to use the ASKAP telescope to answer fundamental questions of our Universe.

It takes a village…

While there are hundreds of astronomers lining up to use the telescope, you might not have realised is how many people it takes to build a telescope in the first place.

At our Astronomy and Space Science offices in Sydney, Perth and Geraldton, we’ve got people working hard behind the scenes – designing the antennas, building, testing and installing the receivers, and creating software that will crunch all the data – it truly is a group effort – and last year, the entire team won the CSIRO Chairman’s Medal for “revolutionising astronomy”.

Members of the ASKAP team, who won the 2015 CSIRO Chairman’s Medal – spread across Sydney, Perth, Geraldton, Parkes and Narrabri.

I’ve got the power

The Mid West outback of Western Australia is an ideal site for radio telescopes, but a logistical challenge for power supply. We’re working with industry partners, Perth-based EMC Solar Construction and WA’s Horizon Power, on renewable energy solutions to supply a portion of power to the MRO.

When completed, the permanent hybrid power station will comprise over 5000 solar panels, one of Australia’s largest battery storage systems, and diesel generators. It’s safe to say, the future looks bright!

One of the challenges of developing brand new technology is the need to continually test as you go. And for the last 18 months, we’ve been doing just that with six of the 36 antennas, installed with our new receiver technology.

This ‘mini’-telescope was known as BETA (the Boolardy Engineering Test Array – see what I mean about acronyms?) and even though it was originally intended to be used by the engineers to test processes and plan for the full fit-out of ASKAP, the demonstration data produced from this array was so good that our astronomers couldn’t help themselves.

In 2015, BETA collected 192 TB of data, resulting in multiple published science papers. Even though BETA was recently decommissioned to make way for new receivers, the science teams say there is plenty more science to look forward to from the data archive – so watch this space.

Speaking of data, when fully commissioned, ASKAP will produce data at rates around two DVDs per second, before flowing down to Perth for processing at the Pawsey Supercomputing Centre.

Around 75 Petabytes of data per year will be processed at the supercomputer, meaning that ASKAP software will need to process and archive data in almost real-time.

Luckily, the team are working on long term storage for ASKAP data, with the total volume of archive data is expected to reach 5 PB per year.

After a short proprietary period, the data collected from major ASKAP surveys will be made openly available to the global astronomy community, with at least 1500 astronomers using the archive for various science research projects in the future.

You need a wide angle lens to capture ASKAP – what might be most dishes in one photo, here we have 22 antennas (out of a total of 36). Image courtesy of Wasim Raja.

Find out more about planning for ASKAP science and what’s coming next.