So, what is a scientific mooring?

So, what is a scientific mooring?

When most people think of a mooring, they imagine it to be somewhere you can tie up your boat while it’s in harbour, like a wharf, a jetty, a pier, an anchor buoy, or a mooring buoy. A mooring buoy usually consists of a float on the surface, then a chain or a rope down to a heavy weight on the sea floor.

It’s this last kind of mooring that is most similar to a surface scientific mooring, but instead of a small float on the surface, it has a 1.76 tonne float that contains a huge battery and scientific equipment that can relay data back via satellite.

There are also sub-surface moorings that are used in the parts of the ocean that have a lot of traffic, and these are completely submerged so that ships don’t run into them.

Check out this animation, which will show you more about both kinds of scientific moorings!

Previous post:
What’s been happening on the maiden voyage?
Coming up next:
The smell of rain: how our scientists invented a new word

END_OF_DOCUMENT_TOKEN_TO_BE_REPLACED 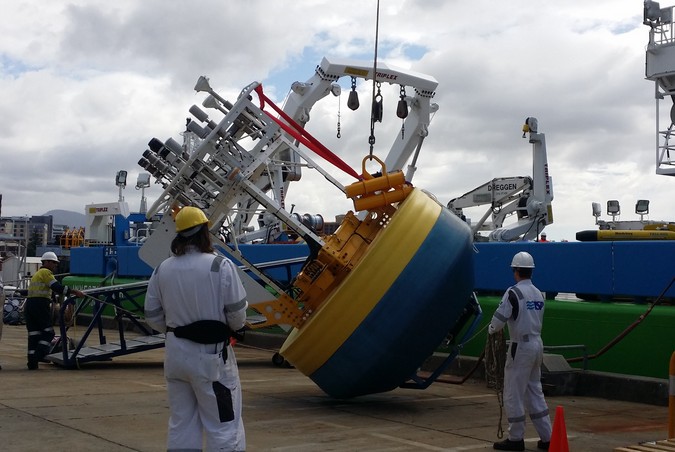