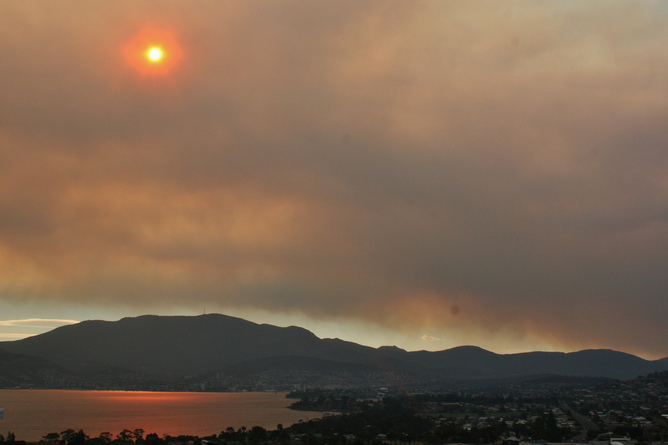 Recently speculation has been rife that the end of 2014 will see an El Niño event — the change in Pacific ocean and atmosphere circulation that is known to produce drought, extreme heat, and fire in Australia. The Bureau of Meteorology’s latest statement predicts that Pacific Ocean temperatures may approach El Niño levels by early winter, but the jury is out beyond the end of this year.

Given the catastrophic effects El Niño can have, should we be getting prepared anyway?

A small number of models have predicted an El Niño later in the year. But these models generally suffer from what scientists call an “autumn predictability barrier”. During the southern hemisphere autumn it is hard to distinguish the development of an El Niño from background variability.

But a recent high-profile paper in Proceedings of the National Academy of Sciences adamantly predicted an El Niño later this year, using a new framework that explores how ocean temperatures are connected between the equatorial Pacific and other regions. The paper claims to overcome the autumn predictability barrier, quoting a 70% success rate in simulating prediction of historical El Niño events.

Preparing for the worst

To better ready ourselves for an El Niño event, we need to know what the impact might be. El Niño affects our lives in many ways.

One important consideration is Murray River, which supports economic activities estimated at tens of billions of dollars each year, including our irrigated agriculture and water supply in regional areas.

El Niño can also happen in conjunction with other climate cycles. When an El Niño coincides with the positive phase of the Indian Ocean Dipole, there is usually a dramatic reduction in annual inflow.

A prediction of an El Niño will trigger consideration of water allocation by our water managers, taking into account of the need for environmental flow to ensure the long-term health of the river.

Another consideration is drought, which has a direct impact on our ecosystems and farming communities. Our farmers are very skilled in using El Niño prediction information. They use the information to decide what crops to plant and level of cropping activities. Sometimes it is better not to grow anything, to limit losses.

An incorrect prediction can be costly too. So our farmers make ongoing decisions using updated information (normally on a monthly basis). From time to time they will need help to get through tough times, and so our federal government needs to budget for drought relief.

A further consideration is extreme weather. More heatwaves, bushfires and dust storms will have an impact of human health, infrastructure, and emergency services. For example, our senior citizens are most affected by heat stress.

In the week of the recent January heatwave in Victoria, the number of deaths more than doubled. It’s a common-sense matter of getting well prepared to ensure relief is available when needed. If a cooler is needed, it is too late to install it after you hear the weather forecast.

This year, and in summer 2013, southeast Australia experienced significant and unprecedented heatwaves, both associated with bushfires. These kinds of events usually take place in an El Niño year.

In fact, an average El Niño increases the global mean temperature by 0.1C. One example is the extreme El Niño of 1982-83, in which a string of heatwaves preceded the Ash Wednesday bushfires, amid severe drought conditions.

But 2013 and the summer just past were not a result of El Niño. In fact these record-breaking heatwaves occurred at a time when the increase of global surface temperatures has slowed, although regionally temperatures continue to increase. Inland Australia — the source of heat in south east Australian heatwaves — continues to warm.

The reason for the slowdown in the rising global surface temperatures is another ocean and atmosphere cycle: the Pacific Decadal Oscillation (PDO). Currently in a negative phase, the PDO is encouraging heat to be stored in the ocean thanks to changes in trade winds. Likewise, during a positive PDO, less heat is stored in the ocean, which can enhance the effect of El Niño as in the 1982-83 event.

So there are a range of scenarios depending on a number of different climate cycles. Imagine this one: global warming continues unmitigated by a “hiatus”, and then an El Niño or extreme El Niño occurs. Such an alignment of warming, positive PDO and El Niño is likely to occur several times over the next 20 years. While we can’t predict exactly when the PDO might shift to a positive phase, we might expect the current negative phase to last another four to five years.

If we didn’t like what we experienced in 2013 and early 2014, we’re unlikely to enjoy this worst-case scenario. Heatwaves will be not only more frequent, but hotter too. The associated drought would eventually break, but it will be longer and more severe. Are we ready?

Previous post:
The raw truth about veggies
Coming up next:
Pluto flyby on the Horizon