We’re purchasing some pretty incredible scientific equipment to be fitted to RV Investigator and there will also be some other items, which can be loaded onto the ship, depending on the voyage and the science to be undertaken.

One of the amazing (and seriously cool) pieces of equipment is the TRIAXUS – it even has an awesome name!

This is state-of-the-art technology made from carbon fibre, is hydrodynamically designed to be towed up to 3km behind the ship and to collect data quickly, while flying from the surface down to 350m in an undisturbed marine environment.

The scientists onboard RV Investigator are able to control the flight path to develop a 2D picture of the ocean.

The TRIAXUS can be fitted with different types of instruments such as temperature, salinity and oxygen sensors, instruments to count and identify plankton, and equipment to estimate the amount of phytoplankton.

All of this information is sent to the scientists onboard via a fibre optic cable in real-time. 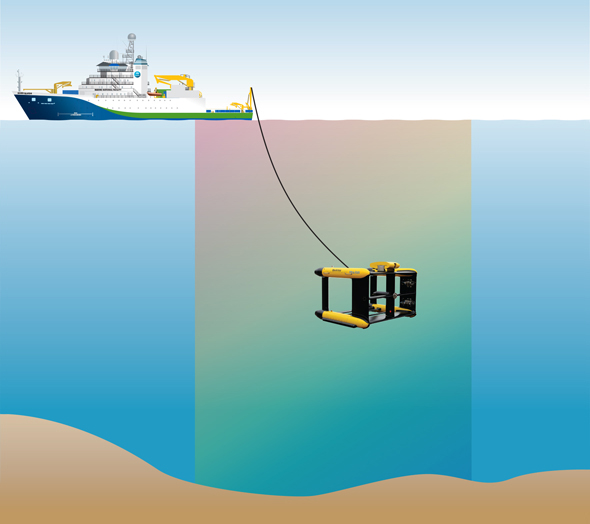 So what will the data the scientist receive look like?

It arrives onboard as bleeps and blops, and is converted to incredible, colourful snapshots of the ocean like those below. So let’s explain the first image – this shows us the temperature of the ocean down to 160m, with dark blue indicating the temperate is 18.5 degrees Celsius.

The second image tells us how salty the water is, with high concentrations indicated by red. This data helps us track where currents go, at different depths.

The third image shows us fluorescence – now this is really cool!

Phytoplankton, are the small building blocks of life in the oceans, when you shine a light on them, they are able to emit a different coloured light as a reaction. We need this data to work out where fish and other animals in the ocean start their lives and where their food sources can be found. When you look at this image the red, orange and yellow colours show a higher concentration of phytoplankton.

The last image shows us the amount of oxygen in the water with red indicating the greater amounts of oxygen.

Previous post:
Five ways the next generation of robots will change your life
Coming up next:
Setting a carbon budget to keep below two degrees 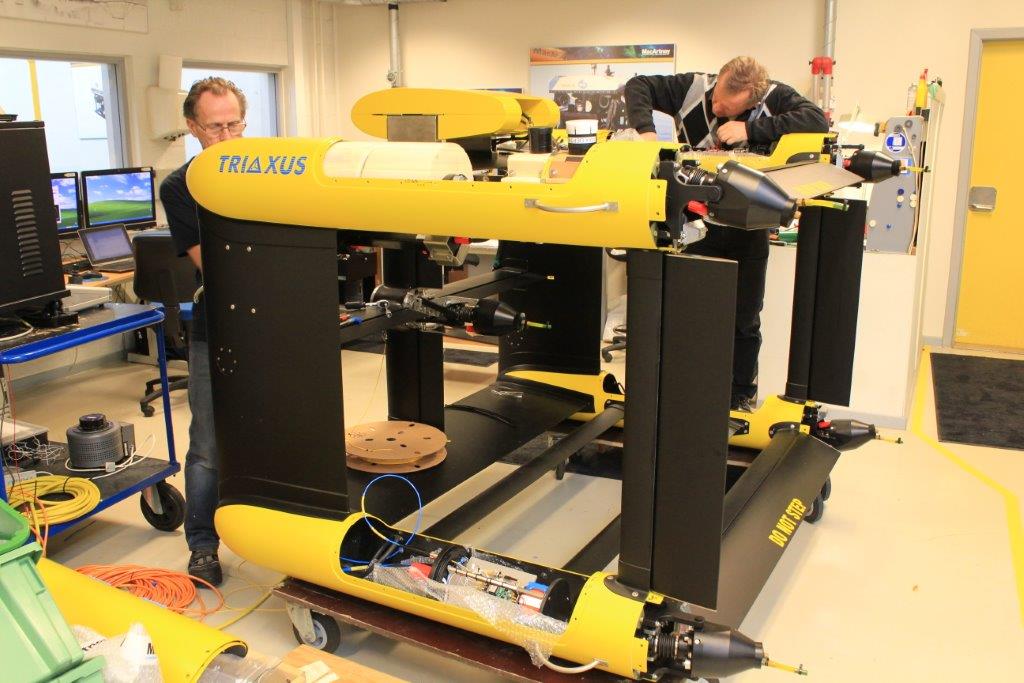