Science explodes on the red carpet at the Oscars

Science explodes on the red carpet at the Oscars

The 85th Academy Awards will be televised tonight and high-tech visual effects play a big part in the movies nominated for an Oscar. Animation or computer generated imagery is responsible for visual effects in Life of Pi, The Hobbit and other movies. Modelling water, smoke and fire are niche areas of computer generated imagery. This year a ‘tech Oscar’ was awarded to Swiss university ETH Zurich and Disney studios for animating smoke and explosions. 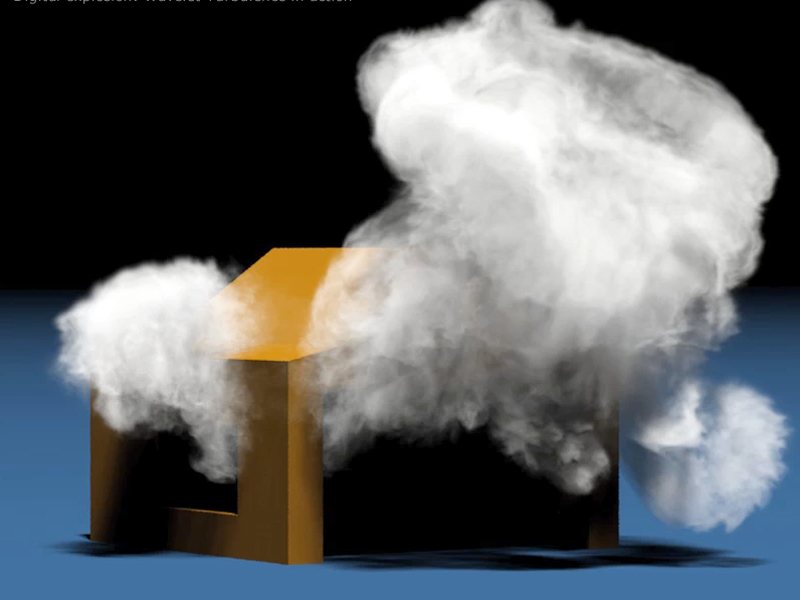 The winning researchers developed computer simulation techniques to make realistic animated explosions and smoke for movies. The ‘Technical Achievement Award’ is an Oscar that recognises the nerdy know-how behind what we see on screen and puts science on the red carpet. Lab coats with diamantes anyone?

The award is one of nine scientific and technical achievements honoured this year by the US Academy of Motion Picture Arts and Sciences.

Here at CSIRO, our fluids modelling team have also dipped their toes in the virtual water of special effects computer modelling. The Melbourne team developed a plug-in for Maya, a popular animation software used by movie makers worldwide. Their computer models use real science to create super realistic fluid special effects. The plugin has been trialled by several studios. While major studios aren’t currently using it, it’s proved a fantastic tool for modelling natural disasters in the real world.

Our fluids modelling software builds in the maths that governs physical processes like bubbles forming in beer, water rushing down a staircase in the sinking Titanic and a martini glass filling. This means effects are built ground-up from real science rather than just creating an effect that looks cosmetically similar. It also uses less computer power, which makes it faster and cheaper – an important consideration for budget-conscious movie studios.

“Water and smoke effects in animation are easy to get wrong and movie-goers can tell straight away if something looks fake. Our congratulations to the ETH Zurich-Disney team for their tech award. It shows the contribution science can make to the multi-billion dollar entertainment industry,” he said.

Mahesh said that CSIRO and ETH Zurich-Disney are using two quite different mathematical approaches in their models but both are valid. For the tech-heads, his team use smooth particle hydrodynamics while ETH use wavelets.

“Our methods can be used for smoke effects as well,” he said.

In a classic example of applying of life imitating art, research done by his team for movie special effects research is now being used to model real natural disasters like floods or tsunamis or storm surges. The models are overlaid on terrain maps of real locations.

For example, ‘texturing’ in a computer model creates realistic surfaces on landscapes such as trees on a hill, wind-rippled desert dunes, or buildings near a harbour. This is useful for both movie special effects and modelling disasters, such as seeing what would happen if a hypothetical seven metre tsunami wave hit Fremantle in WA.

And a game engine used for exploring different camera angles, zooms and pans for movies can be used by disaster managers to analyse extreme events to help plan for the future.

So – lab coats with bling on the Oscars red carpet? We think so.