Say Penguins! Our Gigapixel camera gets up close in Antarctica

Say Penguins! Our Gigapixel camera gets up close in Antarctica

We're using a Gigapixel camera to take photos of some seriously cute penguins in Antarctica, all in the name of science of course! 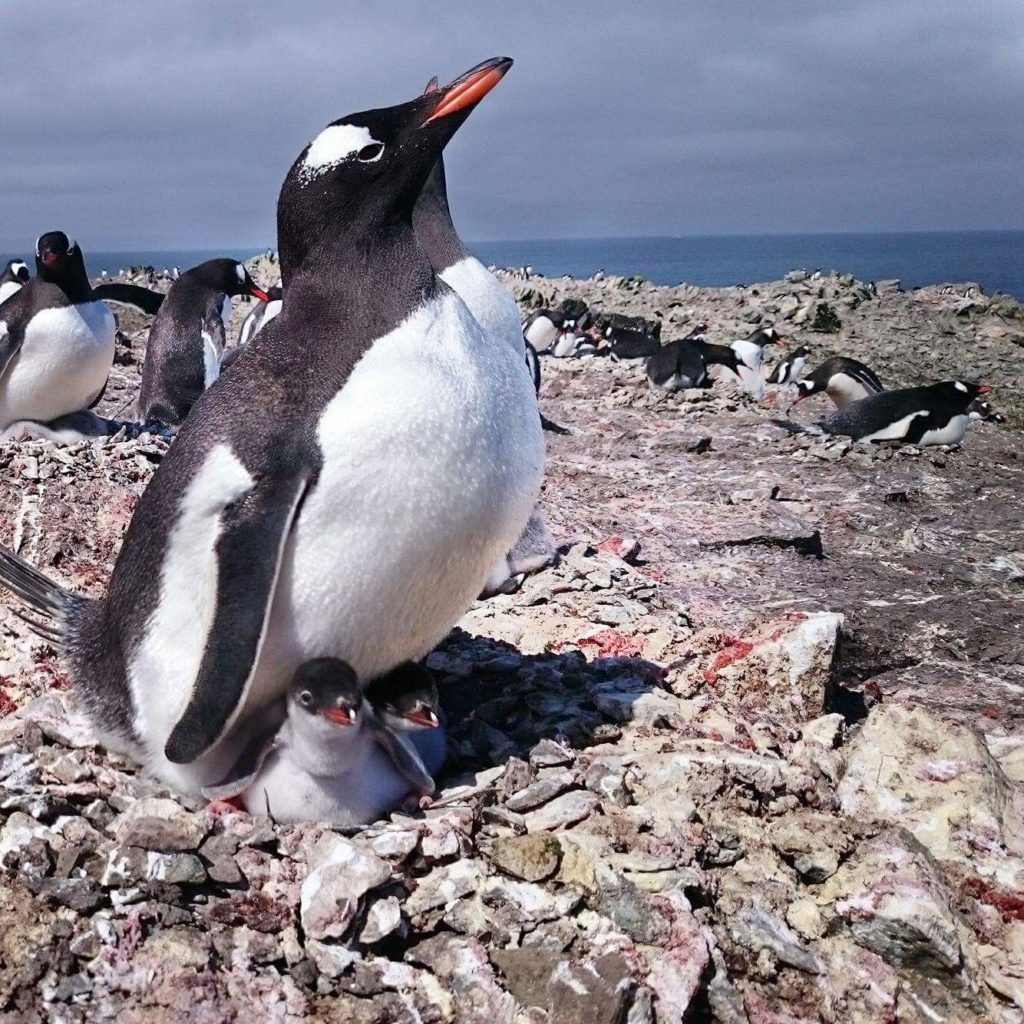 It’s a scientific fact that the only thing cuter than penguins is baby penguins, so of course our researchers have decided it’s essential to take super high-resolution photos of them! Together with the Korean Polar Research Institute (KORPI), we’re using a Gigapixel camera to take photos of some seriously cute penguins so we can gain a better insight into their breeding habits in Antarctica.

So just how do a team of researchers get close enough to penguin colonies to take photos without distracting them? Luckily we’ve come up with the answer: the CSIRO Ruggedised Autonomous Gigapixel System (or CRAGS). It’s a waterproof high resolution robot camera system, which we’ve modified and ruggedised to suit the terrain in Antarctica. Our researcher Tim Lynch has been setting up the system in Antarctica, but he won’t have to stay in the cold for too long to get the shots.

“You can deploy them for months and at set times they wake up and take multiple telephoto images of the penguin colony,” he says.

The resilient nature of the CRAGS system allows researchers to place it into some of the most isolated and unforgiving terrain on earth for long periods of time, without the need of human assistance. The system has been previously deployed on Albatross Island, an 18 hectare island and nature reserve in the Bass Strait, where it remained for more than three years (and no, you can’t catch a ferry there!). 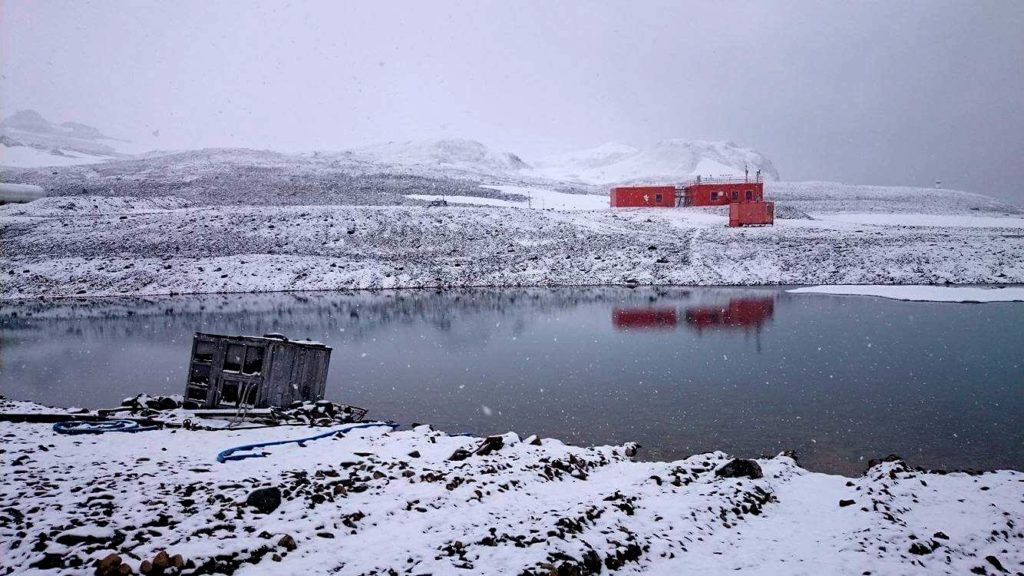 As well as the tough exterior, the system has some pretty powerful photography equipment inside. Its Gigapixel camera captures one BILLION pixels. Now, to put that in perspective, your average iPhone camera size is 12MB. But why does it need such a powerful camera? The extremely high amount of pixels allows for a large area (an entire colony of penguins for example) to be monitored simultaneously, down to the individual animal.

“These megapixel photos are stitched together to form large gigapixel panoramas,” Tim says.

“These in turn are joined into a terabyte sized time-lapse movie. You can zoom to any part of the movie, say into a single nest, with the same resolution as if you were looking at it through powerful binoculars. We are using it here to monitor the survival of Gentoo and Chinstrap penguin chicks across 200-300 nests simultaneously.” 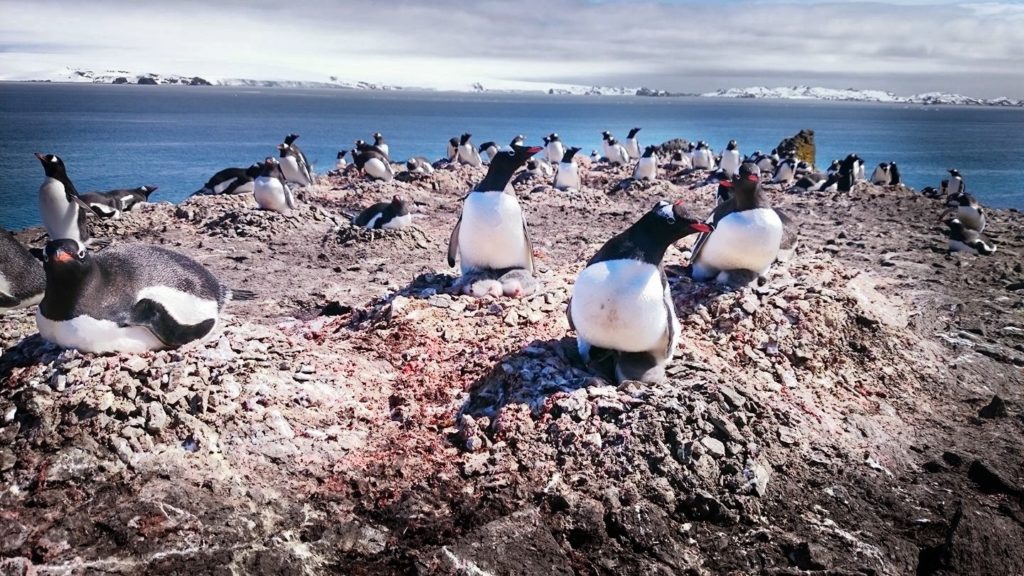 In the winter this area is covered in snow and ice, but in the warmer months Gentoo penguins colonise for breeding season.

All these features are extremely helpful when dealing with such inquisitive animals as penguins, whose curiosity with equipment and researchers can potentially interfere with the data collected.

The beauty of CRAGS is that once it has been set up, it runs completely autonomously, waking itself up at regular intervals to take a photo.

Tim travelled down to Antarctica more than three weeks ago to install the cameras and while he returns this week, the CRAGS cameras will remain there until February. 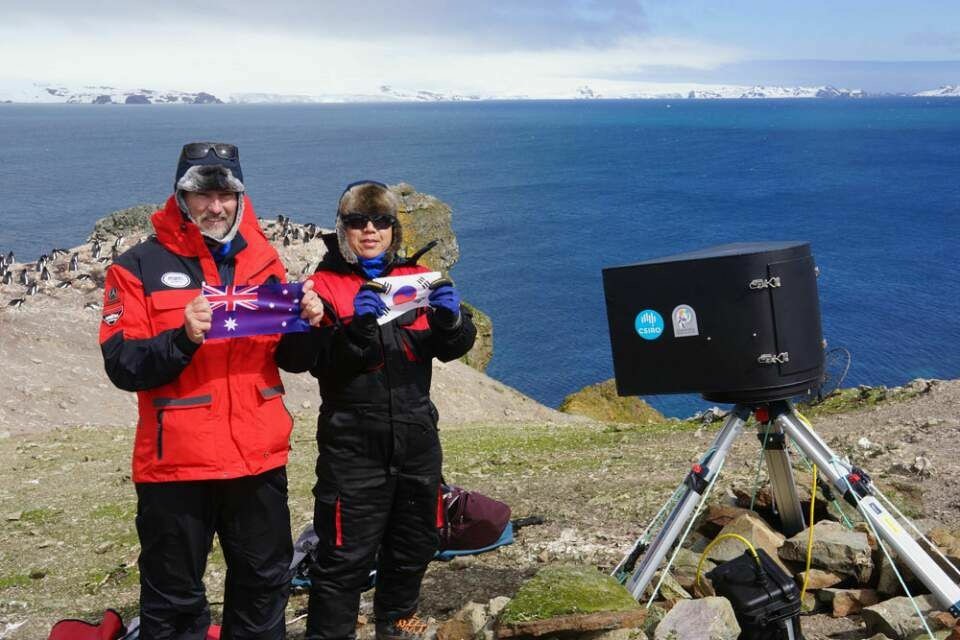 At the end of the project, our Korean partners will bring the raw data to our Hobart office where our research technician Carlie Devine puts it through our ‘Time Machine’ software.

“We’ll take all the raw data and feed it through the software to create a zoomable time-lapse video that will let you see everything from a whole penguin colony right up to a cute baby penguin,” Carlie says.

“This work helps us better understand animal breeding frequency, birth rates and juvenile survival, which can then be used for future research and conservation projects.”

You can find out more about the CRAGS project here.