Saving baby turtles one nest at a time

Saving baby turtles one nest at a time

We're working with Indigenous rangers in Cape York to give baby turtles the best chance of making it from nest to ocean. 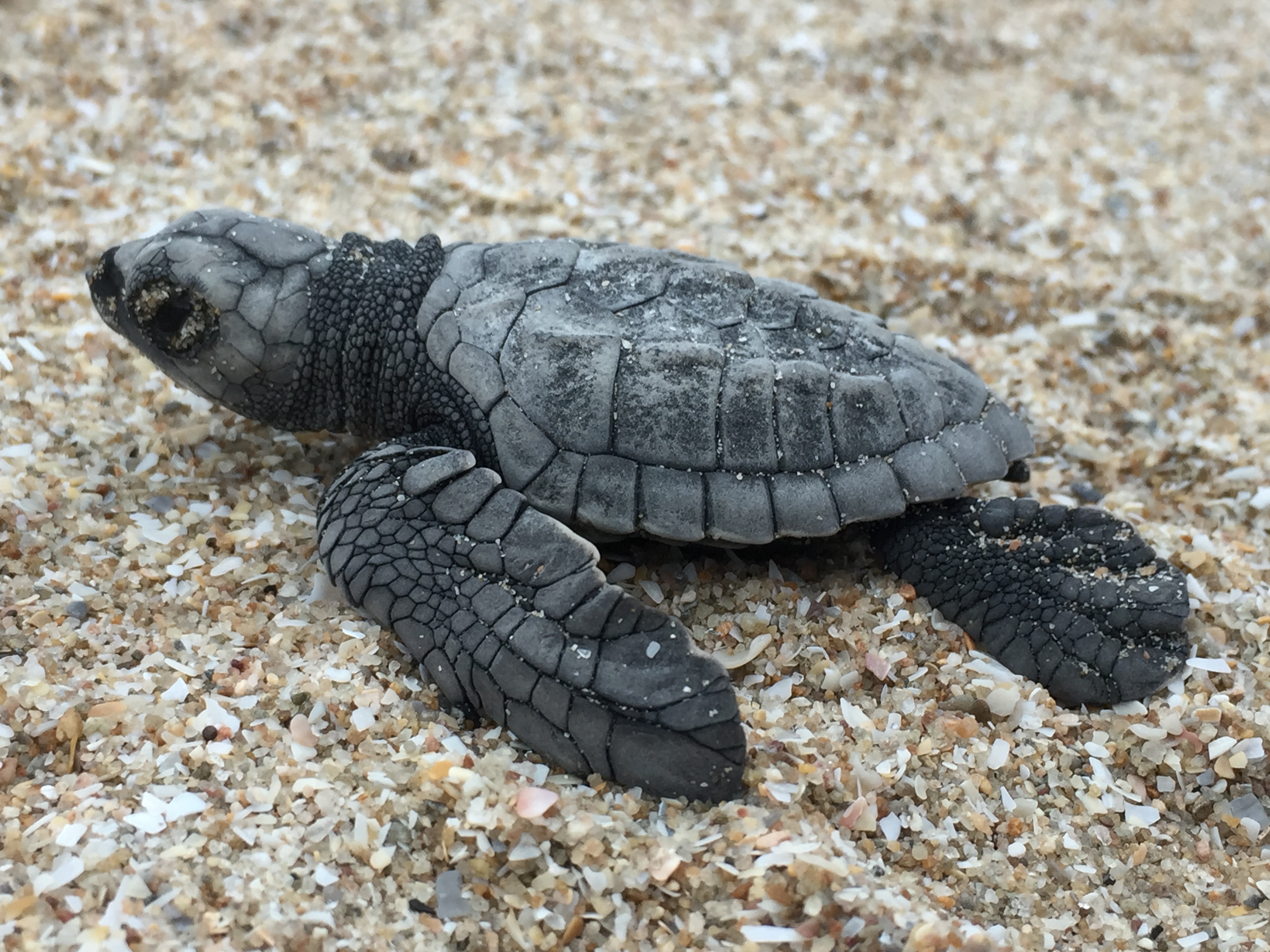 Every year thousands of sea turtles come to the beaches of the western Cape to nest. Photo by Gina Zimny

When baby sea turtles, or hatchlings, break free from their eggs they have to make a long and difficult journey to the ocean. These tiny newborns face a number of threats just trying to make it to the water’s edge. This running of the gauntlet is critical for their survival and the continuation of the species.

But before they even leave the nest they’re already under threat. Predators taking eggs from the nest is one of the most significant threats to marine turtles. Feral pigs, goannas and dingoes are disturbing turtle nests in parts of Queensland’s western Cape York Peninsula. Before our research scientist Dr Justin Perry and Indigenous rangers from Aak Puul Ngangtam (APN Cape York) started working in the area, there was 100 per cent predation on turtle nests. No baby turtles were reaching the ocean.

“This was a big problem and the management actions being applied weren’t working,” Justin said. 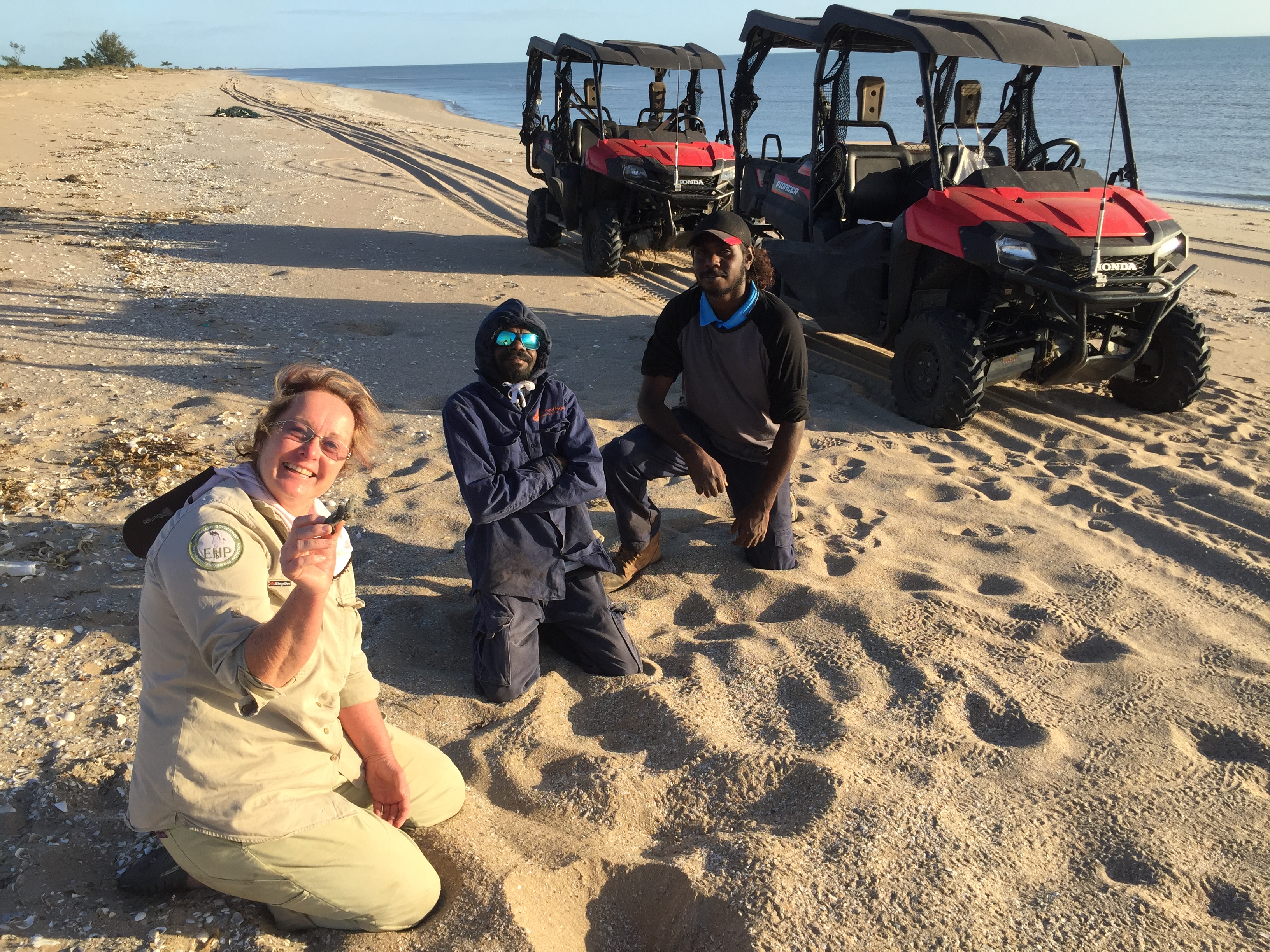 Forging a pig plan together

“We brought together the regional bodies that were responsible for managing pigs and turtles to create the Northern Nest Project. This was when we started to look at the turtle problem in a holistic way,” Justin said.

The working group decided to tackle the problem using a targeted control method. They trialed a baiting system to target the specific pigs that were coming onto the beach and eating the eggs.

This control method was not popular with Traditional Owners as the effects on other species such as dingoes and birds were unknown. The scientists ran a very small-scale project, monitoring every bait station with cameras and providing regular reports. The efforts were rewarded. The following year there was a 100 per cent success rate for baby turtles hatching and reaching the ocean. 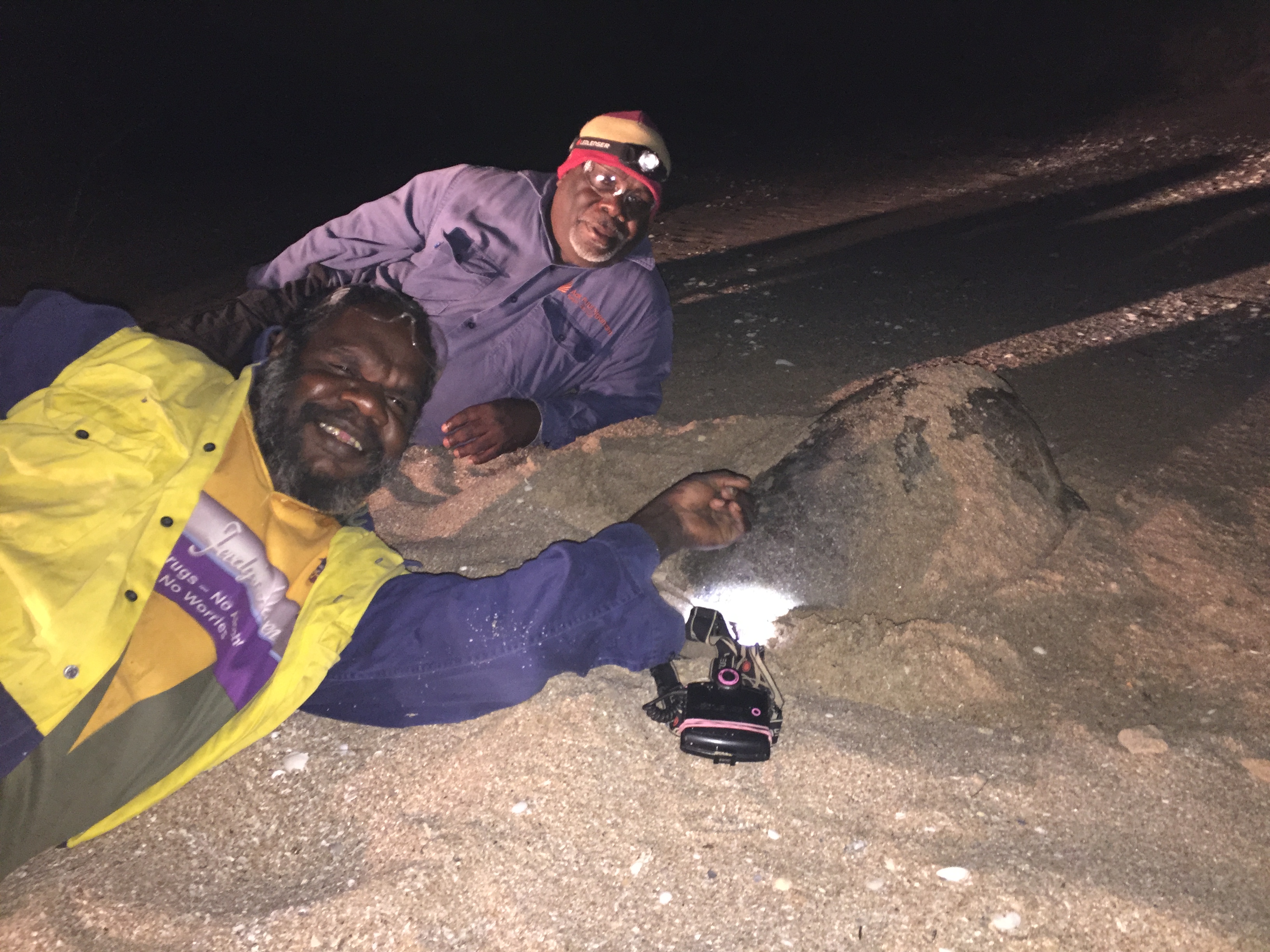 Turtle measurements are essential to improving our understanding. The data is collected at night. Photo by Gina Zimny

After this success, we (through the Northern Australia Environmental Resources Hub project) and APN funded a full-time researcher to patrol the beach during the turtle nesting season. This provided a complete overview of the predation events and turtle nesting habits across the year. Once the team started measuring the pig impacts, they could see the impact of other predators in the area.

Another Indigenous group had been using cages to stop feral pigs. But the aluminum cages were heavy and hard to manage. So Justin and his team decided to test the effectiveness of inexpensive and easy to carry garden mesh for protecting nests from predators. APN’s resident scientist, Gina Zimny, meshed hundreds of nests across the season. When the team tallied up the impact, it was clear that this method was only stopping a handful of predators. The mesh protected nests from hungry dingoes but only stopped around 10 per cent of goannas. And they were helpless against the destructive power of feral pigs. 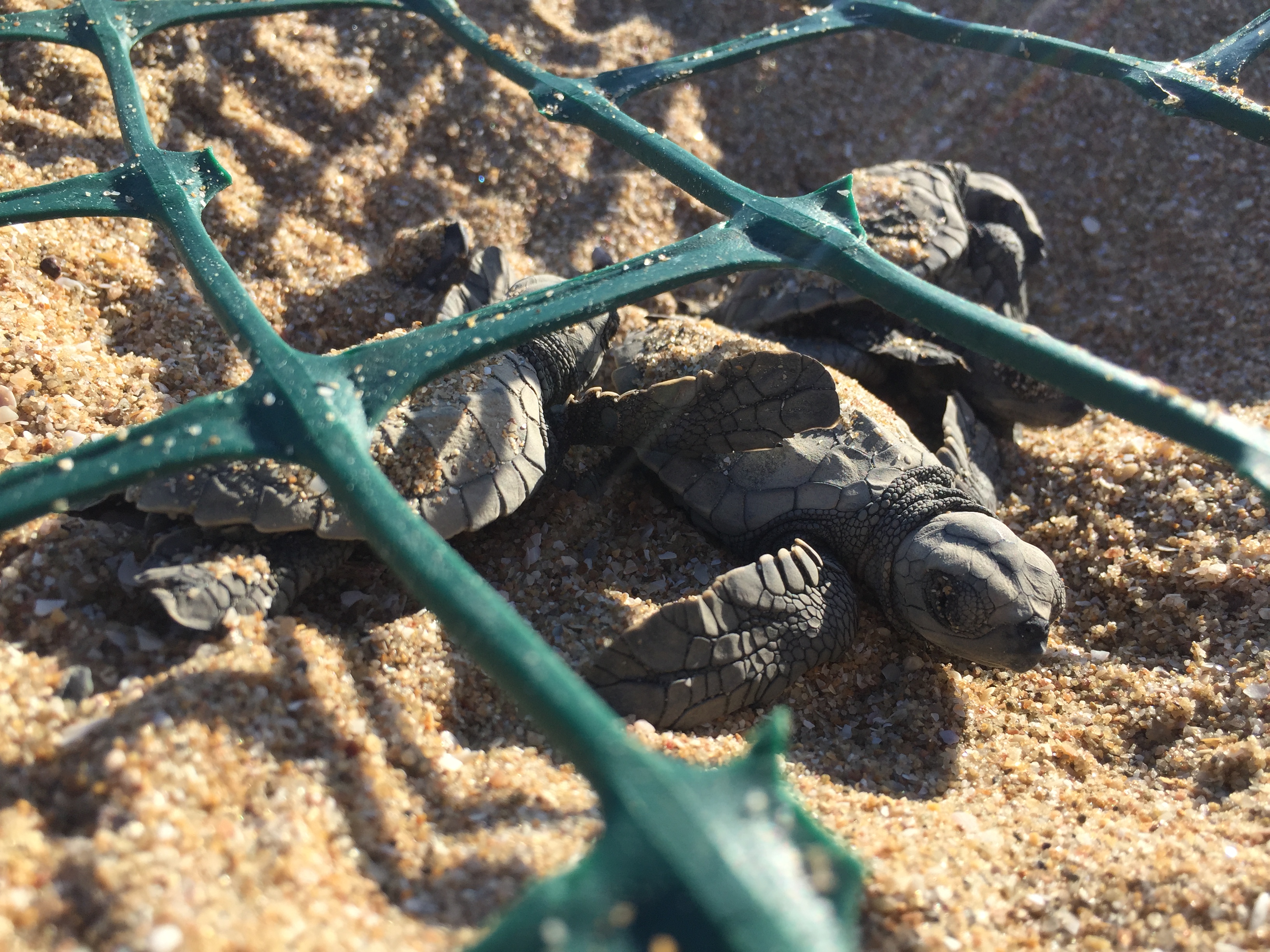 Mesh protects turtle hatchlings from predation but still enables them to head for the ocean. Photo by Gina Zimny

Protecting the nests of marine turtles from raids by pigs, dingoes and goannas requires species-specific management strategies. To tackle this challenge, we designed an interactive dashboard that combined all the data that had been collected for the past four years. This way rangers could see how effective their management efforts had been.

Justin said the most efficient way of controlling predation was linking the monitoring data with management.

“Everyone agreed that the value was getting more baby turtles into the ocean. And turtle experts had set a target of 70 per cent of nests hatching to maintain a healthy population.

“To hit this metric of success, we knew we had to apply an adaptive management process to the problem,” Justin said.

“We’re working towards providing an immediate feedback loop on predation. The idea is to link an iPad application with a cloud server. Then when the rangers return every night, a summary dashboard updates and provides all the data required to react to the situation.

“It’s such a vast landscape so the only way to win is to tackle one small task at a time. Trying to control the entire pig population is not feasible. But targeting the egg-eating individuals can be done and we have shown that it works,” Justin said.

This year we are working on automating the data analysis and summaries so that rangers get to see what’s happening on their beaches in real-time. Having real-time data linked with planned management responses will close the adaptive management loop. And it will give the baby turtles the best chance of making it from nest to ocean.

What does the future hold for northern Australia’s environment?

Previous post:
Spotify playlist: Music you can spring into
Coming up next:
Chemical romance: our sparkling superstar of STEM