Economic activities in the Brigalow Belt threaten the region’s unique biodiversity - so we're researching ways to conserve species and balance the competing uses of the region.

The Brigalow Belt in Queensland is a national hotspot for wildlife, especially for birds and reptiles. Many of these, such as the black-throated finch, golden-tailed gecko and brigalow scaly-foot are found nowhere else in the world.

But the region is also one of the most transformed and contested areas in Australia. People want to use the Brigalow for many different things: conservation, grazing, agricultural production, mineral and gas extraction. This region also overlaps with the country’s largest reserves of coal and coal seam gas.

Together, the economic activities in the region bring land clearing, changes to water sources, invasion of exotic species and changed fire patterns, which threaten the region’s unique biodiversity.

Currently, at least 179 species of plants and animals are known to be threatened in the region. In research published today we look at the best way to conserve these species, attempting to balance the competing uses of this region. 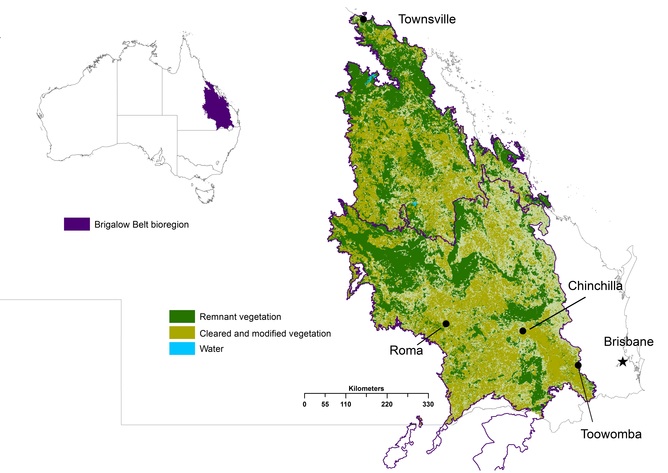 Map of the The Brigalow Belt in Queensland.

The Brigalow Belt in Queensland.

The Brigalow Belt bio-region takes its name from the Aboriginal word “brigalow” that describes the region’s dominant tree species (Acacia harpophylla). Brigalow trees can grow up to 25 metres in height and are characterised by their silver foliage. 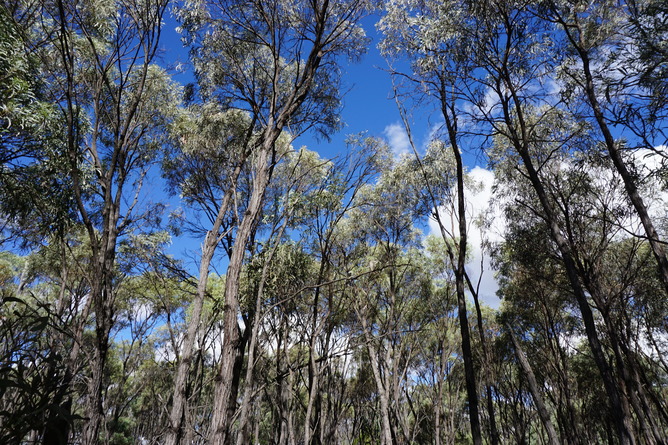 Brigalow ecosystems once formed extensive open-forest woodlands that covered 30% of the region, but since the mid-19th century about 95% of their original extent has been cleared, mostly for farming. The remaining 600,000 hectares of relatively small, isolated and fragmented remnants of brigalow forest are now protected as an endangered ecological community. The Semi-Evergreen Vine Thicket, or bottle tree scrub, is also listed.

Mammals are the most threatened group of the region. Eight species are already extinct, some of them locally (such as the eastern quoll and northern bettong) and others globally (such as the Darling Downs hopping mouse).

Other iconic mammals in the region include the bridled nail-tail wallaby and the northern hairy-nosed wombat. Both are listed as endangered at federal and state levels.

Traditional owners managed the region, including through burning practices, until the arrival of the first European settlers in the 1840s. Since then, management practices have changed markedly, especially with the establishment of the Brigalow and Other Lands Development Scheme in the 1950s.

This scheme provided new settlers, including many soldiers returning from the second world war, with infrastructure, financial assistance and a block of bushland. In return, they were expected to clear their land and establish a farm within 15 years to support the growing Queensland population.

Since then, the rate of clearing of Brigalow has varied in response to changes in legislation through time. 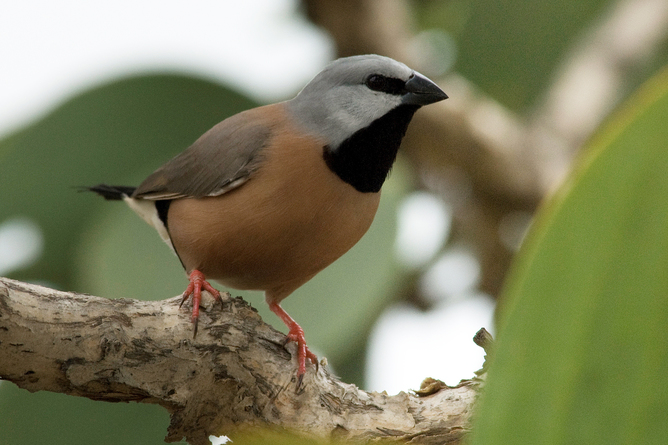 The black-throated finches of the Brigalow are regarded as endangered. Image Credit - Eric Vanderduys.

The black-throated finches of the Brigalow are regarded as endangered. Image Credit – Eric Vanderduys.

There are many ways of dealing with the threats facing the Brigalow’s biodiversity. But which gives us the most bang for our buck?

We worked with 40 key stakeholders from the region to answer this question.

You might think there’s a simple answer: stop development. However, native plants and animals in the Brigalow region are threatened by an accumulation of past, current and future land uses, and all need to be addressed to save these species.

Stakeholders focused on the strategies they believed to be the most feasible and achievable for minimising negative impacts and managing threats arising from all land uses in the region. The strategies, listed below, target several threats posed by industries in the region, such as agriculture, grazing, coal mining and coal seam gas.

The stakeholders included a strategy to “build a common vision” because they saw this as vital to achieving the other strategies. This common vision would be built by stakeholders to identify shared goals that balance environmental, social and economic considerations, such as the extent and nature of future developments. 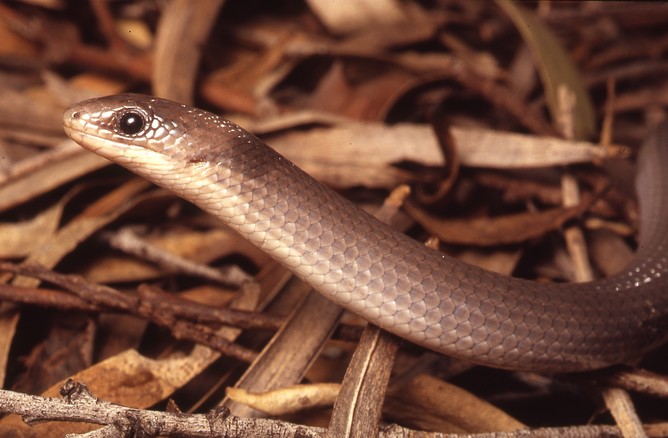 Not a snake, but a legless lizard: the Brigalow scaly foot. Image credit - Eric Vanderduys.

Not a snake, but a legless lizard: the Brigalow scaly foot. Image credit – Eric Vanderduys.

We discovered that managing fire and invasive plant species would provide the best bang for our buck in terms of protecting the Brigalow Belt’s threatened plants and animals. Protecting remaining stands of vegetation offered high benefits to native wildlife, but came at high economic costs. We also discovered that building a common vision will improve the effectiveness of the other management strategies.

Experts estimated that it would cost about A$57.5 million each year to implement all 11 proposed management strategies in the Brigalow Belt. This is around A$1.60 per hectare each year.

If we don’t make this investment, it’s likely 21 species will disappear from the region over the next 50 years. But if we implement the 11 strategies, 12 of these species will likely survive (including the regent honeyeater, northern quoll and bridled nail-tail wallaby) and the outlook of many other species will improve. Species-specific recovery plans may help stop the other nine species (such as the northern-hairy nosed wombat and the swift parrot) from being lost from the region.

When it comes to saving species, working together with a common vision to balance the needs of wildlife and people will deliver the best outcomes in this contested region.

Previous post:
Shooting the moon: the search for ultra high energy neutrinos
Coming up next:
Everything you need to know about Australia’s Heard and McDonald Islands